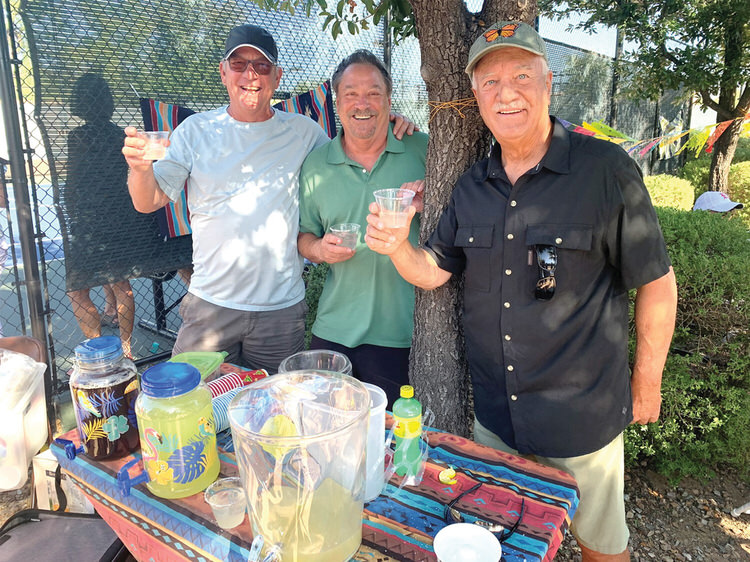 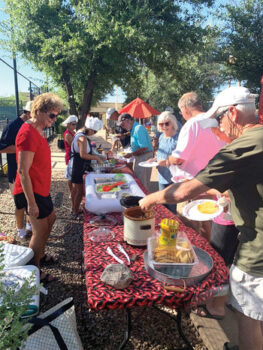 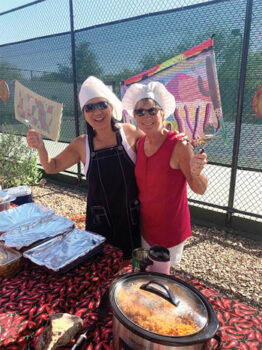 In a twist on the traditional date of May 5, this year’s event was actually held on the 8th of May, a particularly blustery day as it turned out. Even though high winds scrapped planned informal play, members enjoyed delicious Mexican food, which included chicken enchiladas, spinach enchiladas, rice, beans, beef tostadas with traditional toppings, yummy desserts including chili brownies (don’t knock ‘em ‘til you’ve tried ‘em!), and, last but not least, margar-i-tahs!

In another twist, the traditional piñata whacking was instead a contest of skill. Armed with a tennis racket and standing on the tennis court’s service line, each participant attempted to hit the piñata (anchored on the ground) with a tennis ball. Additionally, the piñata was flanked by hula hoops, garnering each player additional points. Mike Arnold placed first with 10 points, Sylvia (Mrs. Mike) Arnold tied with Alfred Gong for second with 7 points each, and Don Callen and Stu Nelson shared third place with 5 points apiece.

Many kudos to the Social Committee, headed by Cindy Gong, for a fabulous fiesta. Or perhaps better said, felicidades!