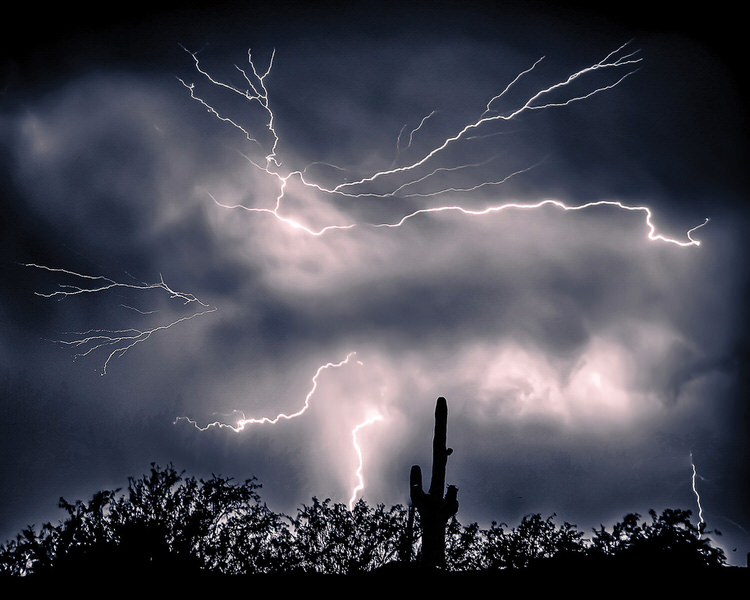 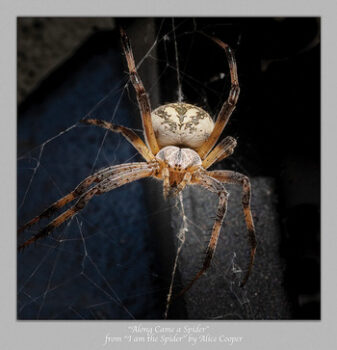 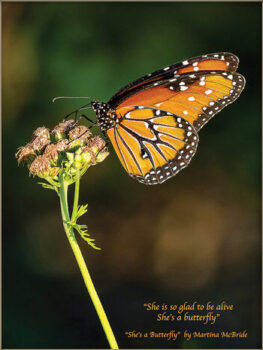 The Photo Club of Quail Creek finished our third Quarterly Challenge of 2021. Photos were taken within the quarter and post-processing was unlimited. This quarter focused on photos that describe song lyrics.

First place congratulations to Jim Burkstrand for his Lightning Strikes! In his own words, Jim shared, “We finally got a good monsoon this year, which produced some spectacular lightning. I was outside on my back patio on Aug. 8 looking south-southwest with a lightning detector mounted on my camera on a tripod. My lens was set at 16mm, giving a very wide view of the sky, and I was shooting with a constant shutter speed of 3.2 sec. About 9 p.m., a large storm developed over Armado, and the sky was filled with spectacular lightning. While the storm lasted only 20 minutes, I captured several shots like this with four to five bolts of lightning shooting across and down. The sky appeared almost blue/black to me, so I color graded a black and white version of the RAW shot in Lightroom to appear as I recalled it.” The camera was a Canon 90D, a Tamron 16-300mm lens set at f/3.5, and ISO 200.

Second place goes to Tom Cadwalader for his Spider photo, taking us back to that childhood song. Tom shared that his wife spotted this spider on their house. He didn’t take the time to change to a macro lens and went with the zoom that was on his camera. This required a major crop to get the spider to fill the frame. He had chosen a small aperture to get as much of the spider in as reasonable focus as he could. The image was heavily processed in Adobe Lightroom Classic, with basic tone adjustments and then a lot of brush adjustments to get the spider to be the focal point and create the faux matting. Tom used an Olympus E-M1MarkIII with settings at: f/16, 1/250 sec, focal length 100.0 mm and ISO 320.

Tom Cadwalader also landed third place with his Martina McBride song “She’s a Butterfly,” thus the aptly named photo is Butterfly. This image was taken at Desert Meadows Park Green Valley. The butterflies were prolific this year, so he arrived at the park at sunrise to capture better light and, also, because butterflies tend to be less active in the coolness of the early morning. The image was edited first in Adobe Lightroom Classic and then Adobe Photoshop to remove some distracting branches and to add the text for the lyrics. A slight frame was also added in Photoshop to finish it off. Tom used his Olympus E-M1MarkIII, shot at f/6.3, 1/640 sec, focal length 420 mm, and ISO 800.

The Photography Club of Quail Creek sponsors several opportunities for club members, including monthly and quarterly photo contests, field trips, photography resources, and monthly presentations. Consult our website and the HOA What’s Happening for additional information. Check out our photos on Flickr at www.pcqc.org.