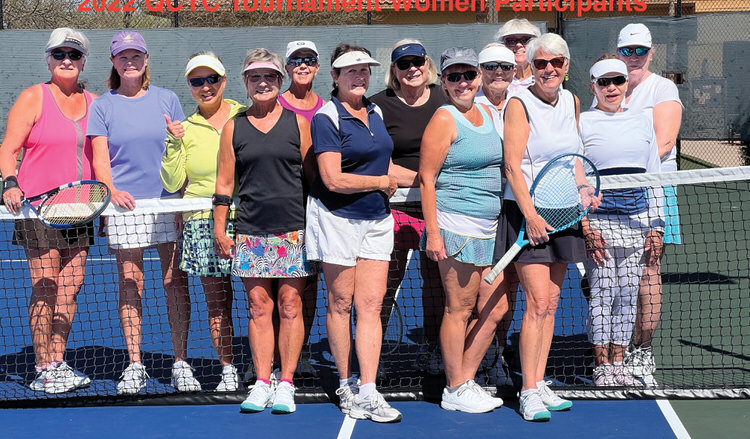 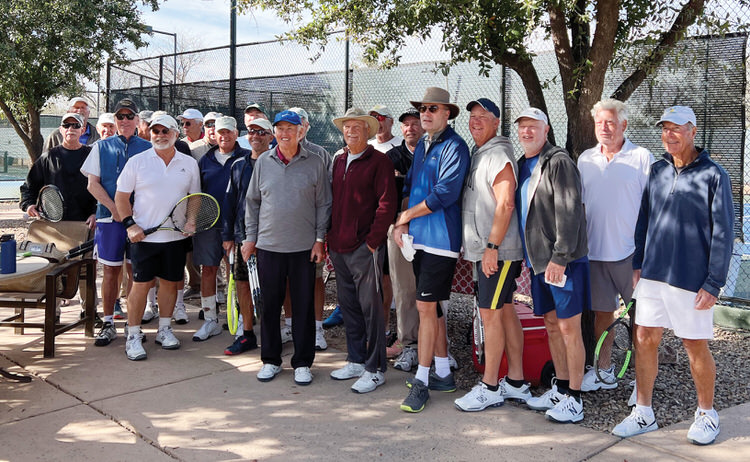 With such ideal weather conditions, the spring season began with the Quail Creek Tennis Club’s (QCTC) 17th annual tournament, which was held on Friday, March 18, and Saturday, March 19. Due to COVID concerns last year, the tournament had to be canceled. The monumental task of organizing enthusiastic tennis members was taken on by Judy and Dave Sypkens who did an exceptional job. For the last three tournaments, the Sypkens effectively initiated a condensed version of previous competitions. Instead of a lengthy, two-week tournament, only two full days were needed. Using a computer software program, men’s and women’s doubles matches were randomly generated. Scores were determined by a complex point system. But, thankfully, Dave was in charge, and he did the math. Results were as follows: Men’s finals: Ryan Modesto/Jerry Gunn (champions) vs. Kurt Kohler/Harry Hauschild. Women’s finals: Chris Moravchik/Karen Dellow (champions) vs. Joy Olson/Hilary Wade. Likewise, nonplaying QCTC members were encouraging and supportive observers. Judy said it so well: “It’s all about having fun!”

After the completion of Friday’s matches, the Social Committee, consisting of members Pat Newport, Cindy Gong, Jill Eisele, Lorene Martin, Carol Washburn, Joanna Miller, and Jamee Kahn, organized a hearty and tasty meal of grilled burgers, salads, and desserts for everyone to enjoy around the tennis courts.

To celebrate the conclusion of the 2022 tournament, the “Spring Hoedown” was held on April 3. The BBQ buffet dinner was held at the Longhorn Grill & Saloon in Amado. Live country music featuring Carol Washburn’s son Brandon Rosage from Austin, Texas, performed for the club. Additionally, the QCTC’s very own Jane Bottlinger was in charge of line dancing instruction for those members with or without two left feet. Also at this event, the QCTC introduced the incoming 2022–24 board members: President Rick Wade, Vice President Joy Olson (returning), Secretary Carol Ann Fougere, Treasurer Gloria Bible (returning), and three Members at Large: Tom Kanitz, Mike Arnold, and Bonnie Arnold.

Sadly, the time of the year is approaching whereby the club will be saying goodbye to many of our winter members. Thus, there will be two final events of the year: the club’s mixed doubles tournament in April, followed by an “Ocho de Mayo” party, including an afternoon of tennis with great food and socializing afterwards. While socials and the annual tournament are definitely an important part of the QCTC, it’s the daily tennis matches throughout the week that all members enjoy. Because of the tireless efforts of the QCTC organizers, there is a day to match everyone’s skill level. These organizers are John Epler (men, Mondays), Chris Moravchik/Rosie Epler (women, Tuesdays), Carlo Pensyl/Doug Shumway (men, Wednesdays), Rick and Hilary Wade (mixed, Thursdays), Jeanine Van Hoorn (women, Fridays), and Bev Marshall (mixed, Saturdays).

To those excited about joining this worthwhile club, check out our website quailcreektennis.com.