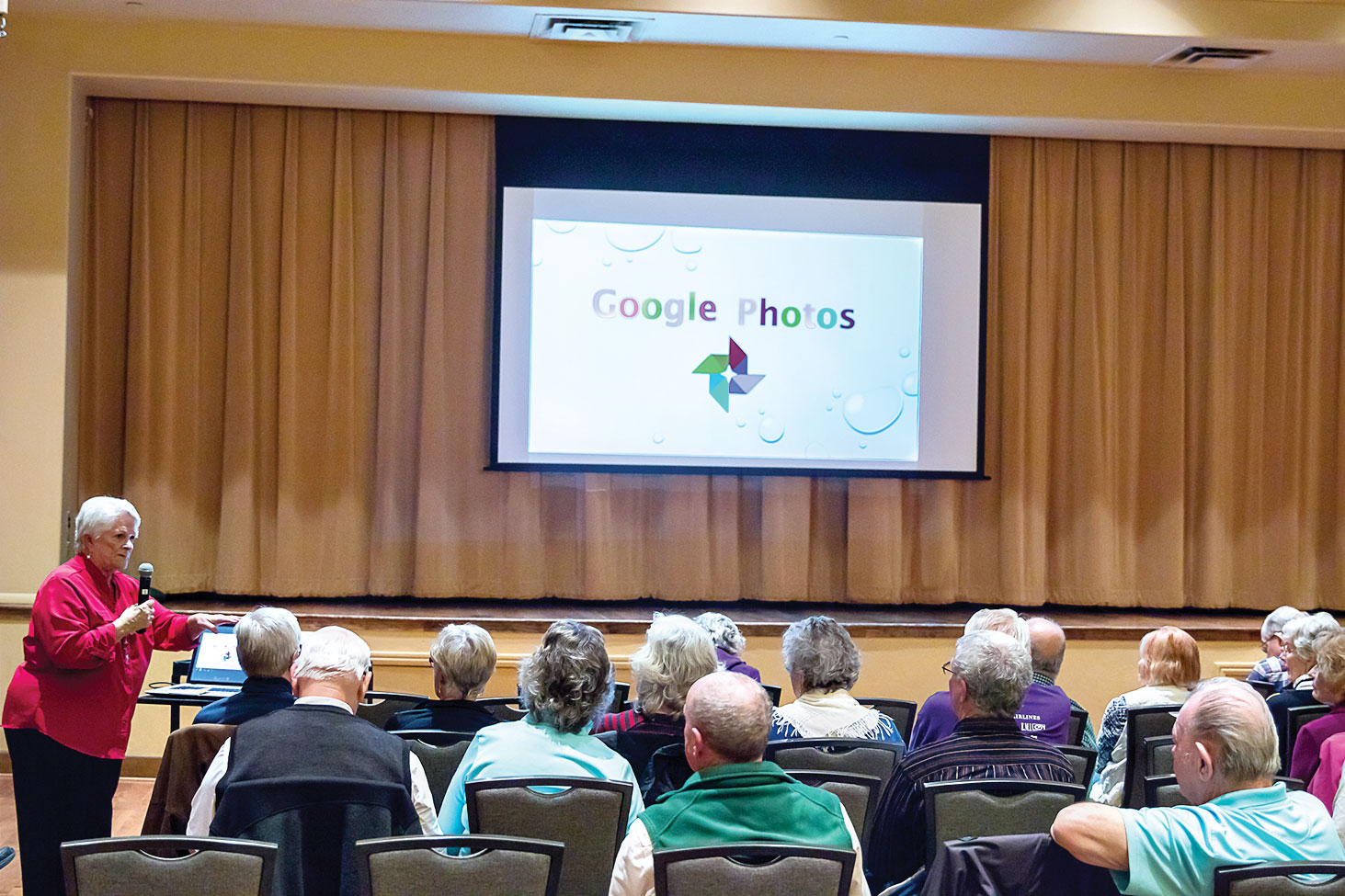 On February 20, the Quail Creek Computer Club held its monthly meeting. After a short business meeting led by President Harold Baker, Dianne Thomson presented a talk on Google Photos. This meeting and presentation were well attended. Dianne is the instructor for the very popular, and often sold out, Computer Club classes Google Photos 1 and Google Photos 2. These classes are hands on and run for two hours each.

The Google Photos app has become the go-to way for hundreds of thousands of users to backup, organize and share photos. Dianne’s talk covered the app’s basics as well as many of the features that have made it popular. Significant updates released in the past few months – powerful new scanning, sharing, archiving, and photo book features – were also covered. There were a number of questions from the audience on the app’s performance. Handouts were available to take home for reference.

The next general meeting of the Computer Club, open to all residents, will be March 20 at 7:00 p.m. in the Madera Ballroom. The Scam Squad of Green Valley will give a presentation which will make us aware of the scams making the rounds in our neighborhoods. During tax season, the number and quality of scams increases as the criminal element tries to relieve our bank accounts of our hard-earned money.