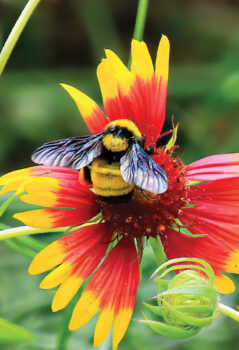 Congrats, Monte Hudson, for a first-place photo entitled Summer Blossom. In the spirit of participating in the monthly photo contest, Monte submitted a photo that gave the essence of a season. She chose summer, a photo of a summer blossom and its bumblebee visitor. It was taken in Patagonia, Ariz. She used a Canon EOS Rebel T6i, a Tamron 18-400mm, shooting at f/7.1, 1/500 second, focal length of 400.0 mm, and ISO 320.

Jim Burkstrand took second place with Summer Monsoon. This shot was captured Aug. 15, 2020, during a rare monsoon storm. Jim was outside on his back patio looking south-southeast with a lightning detector mounted on his camera, which was on a tripod. A storm had just passed by Elephant Head. The lens was set at 24mm, and he was shooting with aperture priority. About 7:30 p.m., the sky was filled with lightning. Jim captured several shots like this with spectacular bolts of lightning shooting across the sky. This storm only lasted for about 15 minutes. With so much lightning, the sky appeared almost blue-black; therefore, he color graded a black and white version of the RAW shot in Lightroom to appear as he recalled it. The camera was a Canon 90D, a Tamron 10-24 lens set at f/4.5, 0.8 sec, and ISO 400.

Third place went to Tom Cadwalader with Unnamed. Tom shared, in the winter of 2019, he was “Snow Birding” in Orange Beach, Ala. He was there for the months of November, December, and January. Very near the RV resort he was staying in was an area known as “The Wharf.” As well as marina and boat dealerships, it had shops, restaurants, and movie theaters. It was a very busy area and hosted several events throughout the year. The Wharf was all decorated for the Christmas season. On a few occasions, he had his camera along to capture some holiday images. This image was taken at the end of the main boulevard looking back towards the setting sun. Tom used an Olympus E-M1MarkII, shooting at f/37.1, 1/15 second, focal length of 12.0 mm, and ISO 400.

The PCQC sponsors several opportunities for club members, such as monthly and quarterly photo contests, field trips, access to extensive photography resources, and timely presentations during our monthly meetings. Consult the HOA What’s Happening and our website at www.pcqc.org for additional information and to view photos on Flickr. 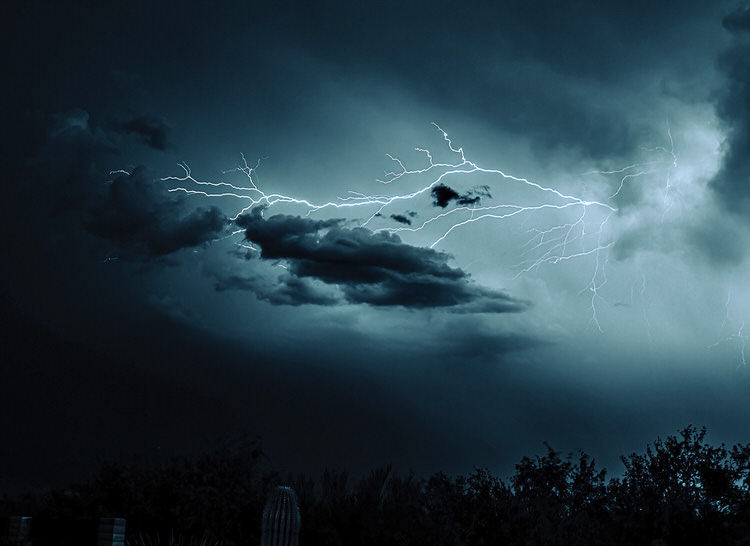 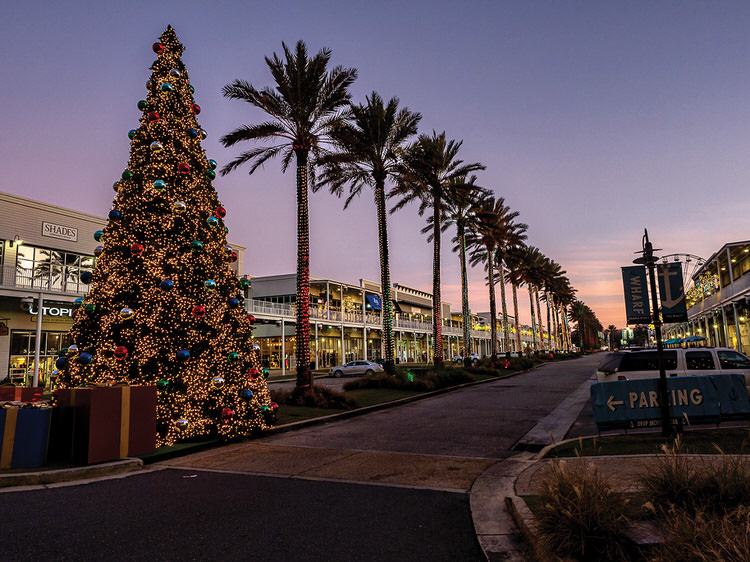