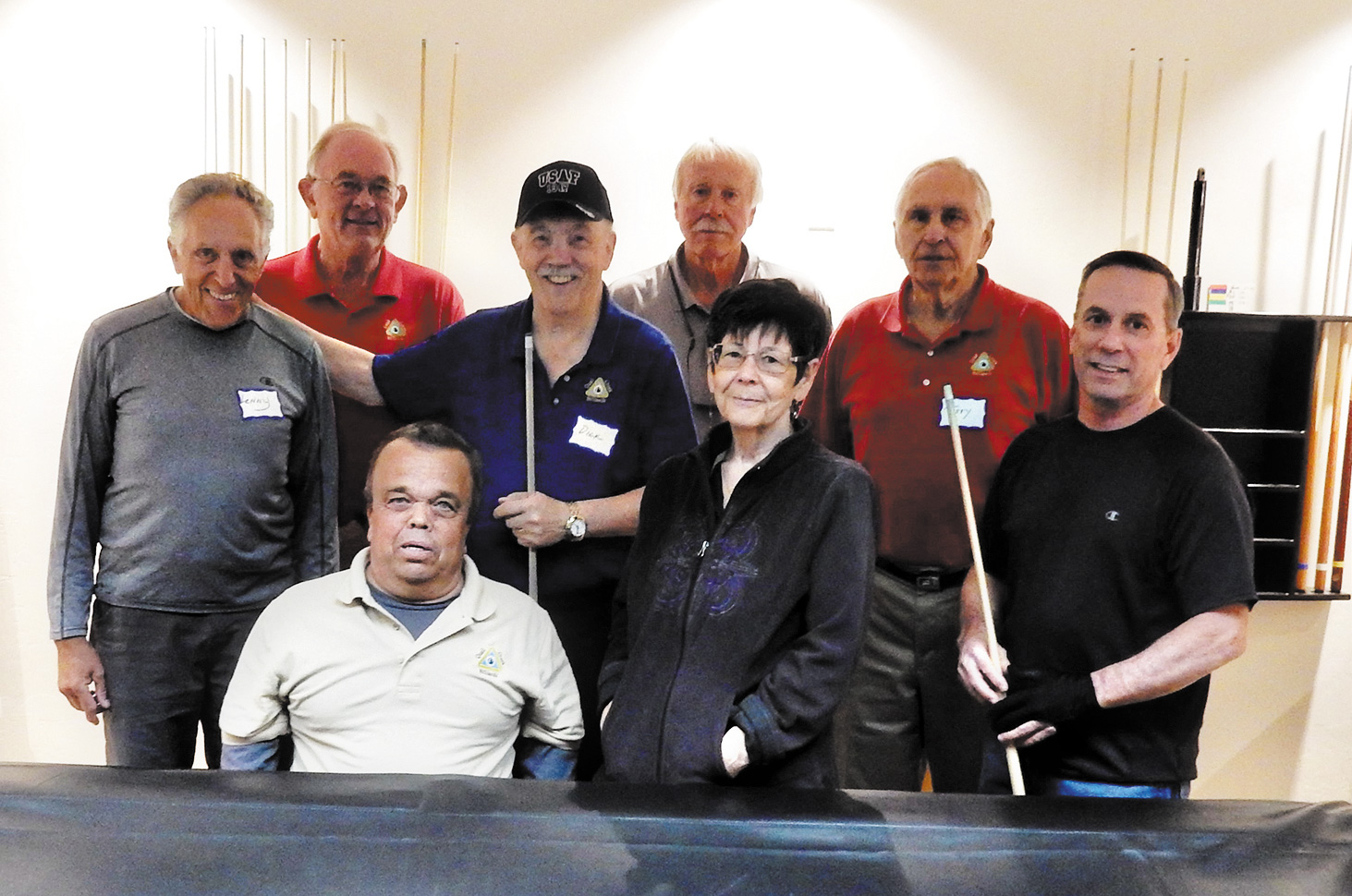 On Oct. 29 the Quail Creek Billiards Club (QCBC) hosted Pool Players of the Brooke (SaddleBrooke) to an 8-Ball Partners Challenge. The tournament was held in the newly renovated and expanded Billiards Room at Madera clubhouse on the four new 9-foot Diamond Championship tables.

Eight players from each club participated, and the tournament ended in a tie: 24 to 24. The club directors, Dennis (QCBC) and Dominic (SaddleBrooke), decided the “tie-breaker” format. A play-off match was held to determine the winner by selecting two players from each club. David Kidwell and Dick Randles (QCBC) played against Fred Diana and Tony Carrillo (SaddleBrooke). The QCBC team was victorious and won the revolving trophy plaque, which will remain at Quail Creek until the next tournament between the two clubs.

The Quail Creek Billiards Club welcomes residents to become new members and enjoy the new tables and room. Besides tournaments with other resorts and communities, QCBC has in-house tournaments. All residents are welcome to play in the Billiards Room but are asked to follow the rule of no food or drinks (unless it has a secure, screw-on top). We want to keep the tables in excellent condition.