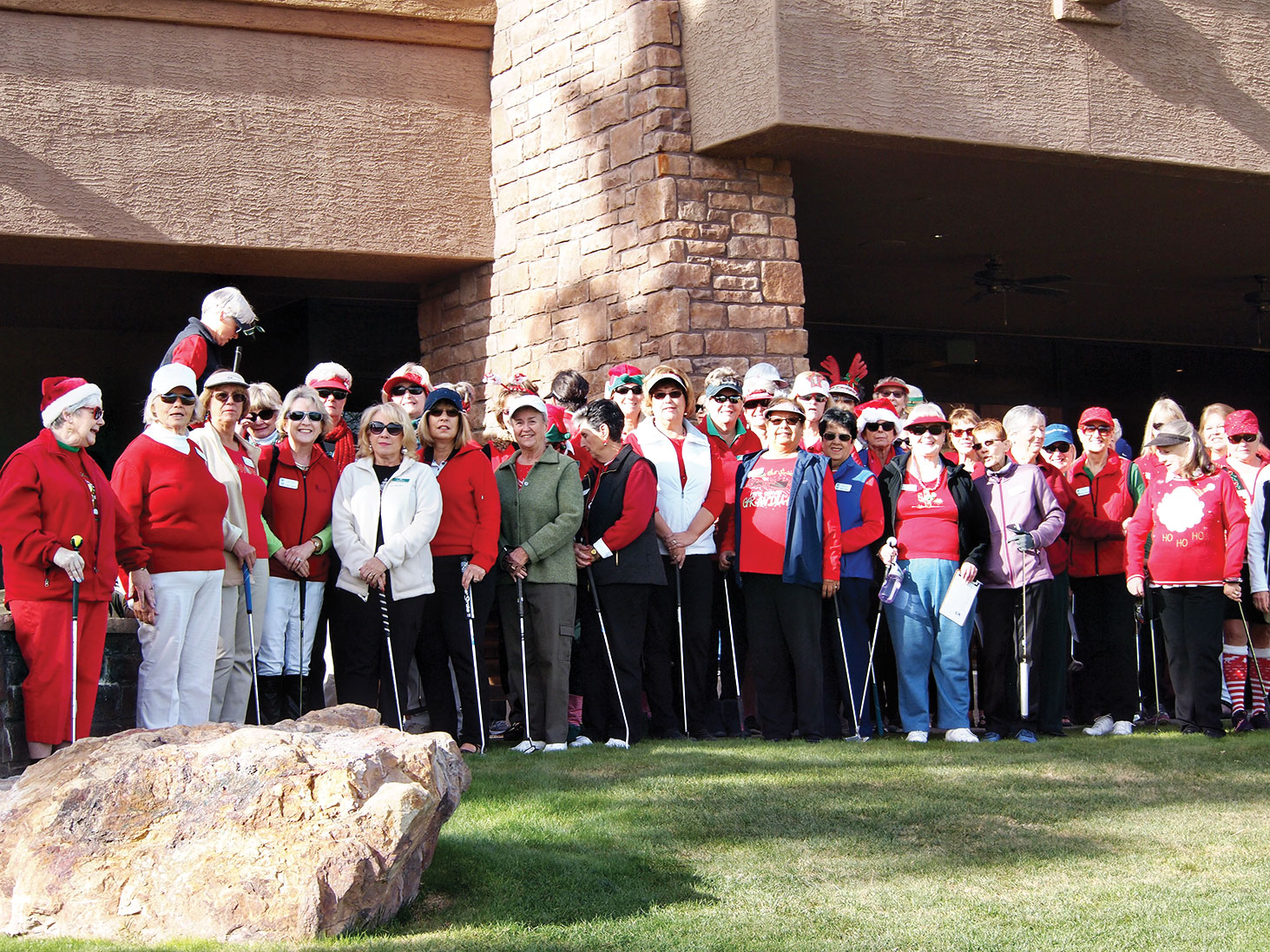 The Lady Putters donned the colors of the season for the annual holiday luncheon; photo by Sylvia Butler 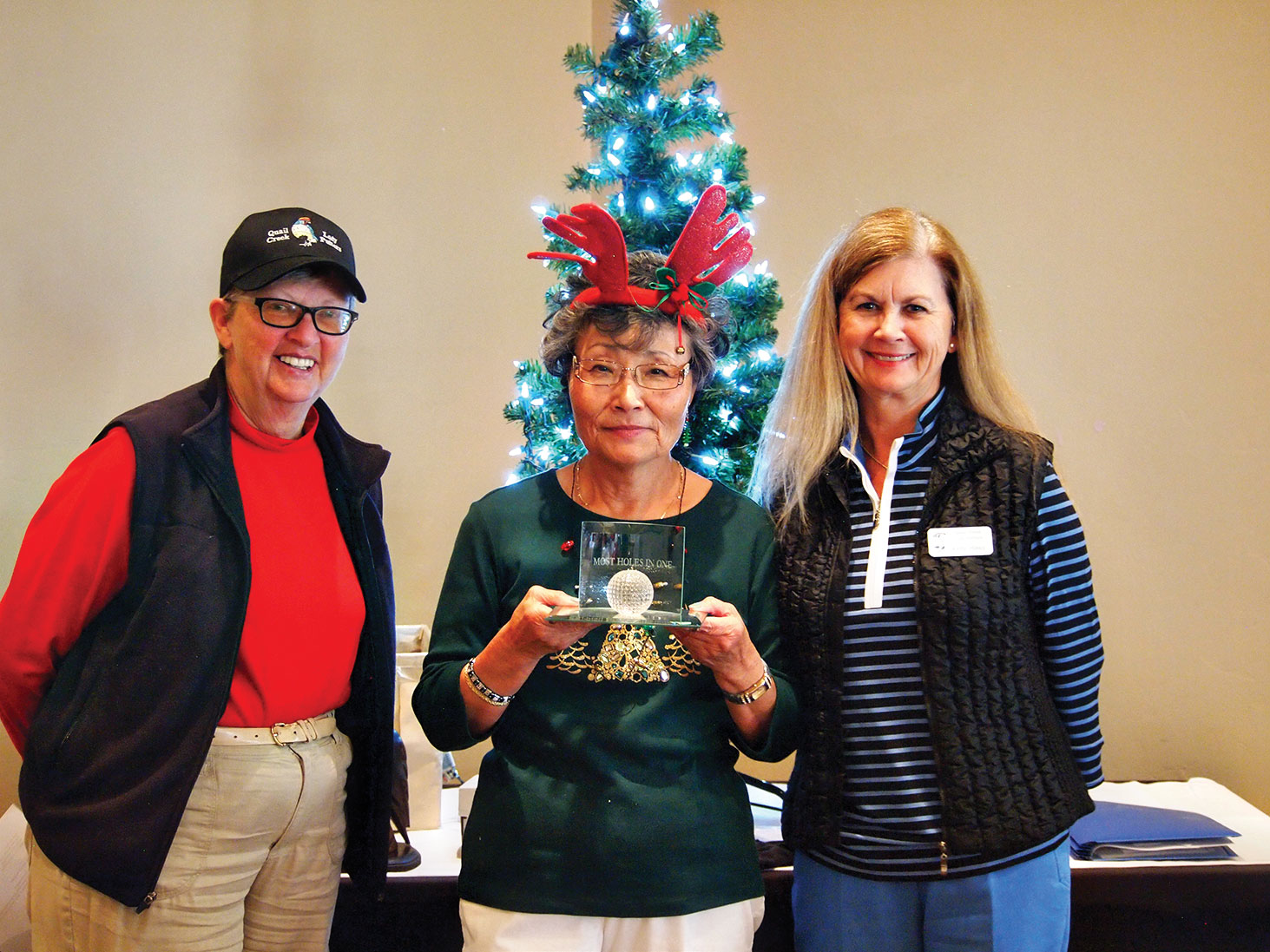 Left to right: Cathy Thiele, Yoshie Hennessy and Kelly Hines all admired Yoshie’s award for getting 26 holes-in-one during a three month period; photo by Sylvia Butler 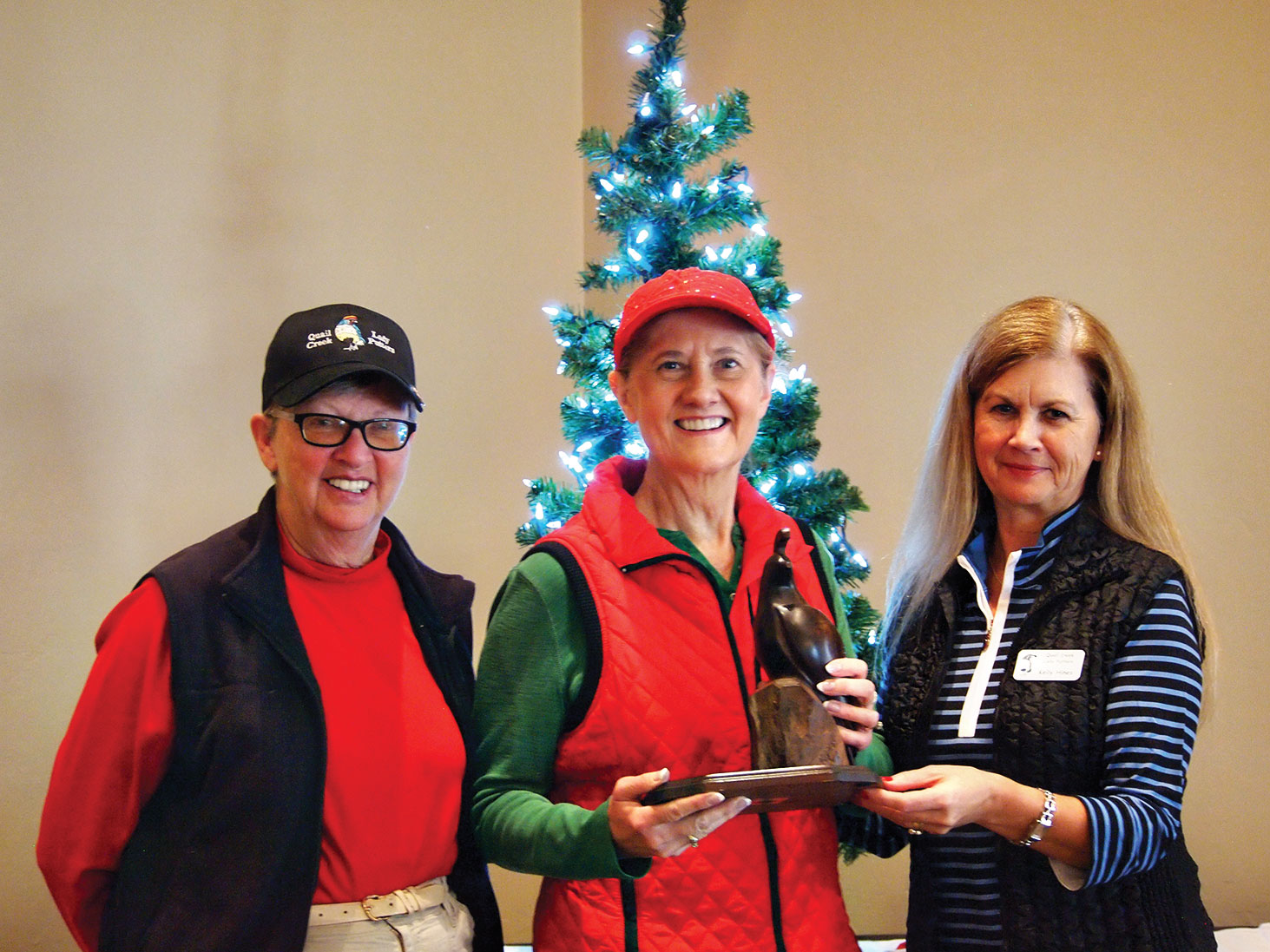 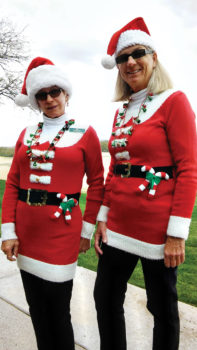 Lady Putters Diane Dodd and Mary Anderson were decked out as Santa’s helpers (or Santas in training) when they putted right before Christmas; photo by Sylvia Butler

Although it wasn’t a White Christmas celebration, the Lady Putters did have to bundle up as they joined together for the holiday luncheon. Attired in Christmas colors, they brought 161 pounds of groceries and donated $531 in cash to help the local Food Bank that had been forced to close its doors early on a couple occasions in the fall because the shelves were bare. Mary Jane Goodrick, Executive Director, Community Food Bank – Amado and Green Valley, said, “This drive will help us to provide holiday food to our clients. Lady Putters are awesome!”

After putting, 58 ladies moved to the clubhouse where they enjoyed stuffed pork loin with cranberry walnut stuffing, mixed vegetables and mashed potatoes. Since calories don’t count during the holiday season, they feasted on a mixed berry cobbler with vanilla ice cream for dessert.

Because of putting green closures for overseeding, the awards presented at the luncheon covered the period August 31 to November 30. Awardees included Yoshi Hennessey with a Low Gross Score of 36 and the most Holes-in-One with 26; Dorothy Klemme with a Low Net Score of 30.30. Achieving a score of 40 and under for the first time since they joined the Putters were Jan Wrathall (39) and Kathy Guy and Sharon Verity, each with a 38. Recognized for scoring 36 and under for the first time were Barbara Hibler, Kathy Weede, Janet Wegner and Judy Weyers with a 36; Patti Giannasi, Patti Ann Jackson and Margaret Pahoresky with a 35, Monica Karpowicz 34, Kaye Siblik 33 and Yoshie Hennessey with 30.