With over four decades of hit songs and millions of albums sold worldwide, Bob Seger has truly written the soundtrack for our generation. The music of Bob Seger is the music of working class America. Songs like Old Time Rock and Roll and Night Moves remind us of everything good about rock and roll and prove that he deserves his place in the Rock and Roll Hall of Fame.

Turn The Page is an incredible recreation of the Live Bob Seger Experience performed by The Sam Morrison Band. Every effort has been made to make sure that each song is performed exactly as you remember it and that it is delivered with all the passion and excitement you would expect in a Bob Seger show.

Close your eyes and you’ll feel you’ve been transported back in time to Detroit’s Cobo Hall as the Sam Morrison Band delivers all your favorite Seger classics right where they belong—live on a concert stage! 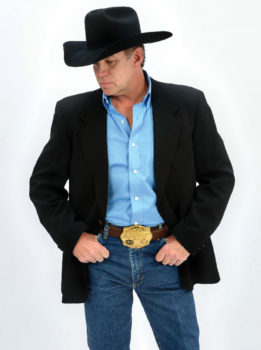 The Troubadour Experience, produced by TAD Management, will be presented Friday, February 3, 2017, at 7:00 p.m. in the Madera Clubhouse Crystal Ballroom. A cash bar will open at 6:00 p.m. Ticket price is $26.

Each member of the band was hand chosen for their expertise and attention to detail. Every time they hit the stage, they bring a true passion and love for traditional country music. The members of The Troubadour Experience are no strangers to the big stage. They have opened for national acts such as Tracy Lawrence (four times), Pat Green (twice), Mark Wills (twice), Gary Allan, The Bellamy Brothers, Tracy Byrd, Ty Herndon, Deana Carter and Blackhawk to name a few.

For the millions of George Strait fans and country music lovers alike, The Troubadour Experience is a must see! Put on your boots and jeans and come re-live your favorite memories and make new ones as you’re entertained in true George Strait and The Ace In The Hole Band fashion.

Whitney Houston’s powerful anthems and eternal glamour come to life in this one of a kind staged concert recreation! With a voice that mirrors the call and beauty of Ms. Houston herself, Jade Milian is a dynamic vocalist whose commanding stage presence will have you on the edge of your seat – just as Whiney did so many times over her award-winning career. Jade has shared the stage with numerous respected and well-known entertainers including: Liza Minnelli, Big and Rich, Natalie Cole, Nick Carter and many more. She has been recognized for her performances on BET television and various local and national commercials! After several years studying and performing in Music City (Nashville, Tennessee), Jade now performs to sold-out audiences around the world. Whitney: The Concert showcases Samuel E’s world-class arrangements!