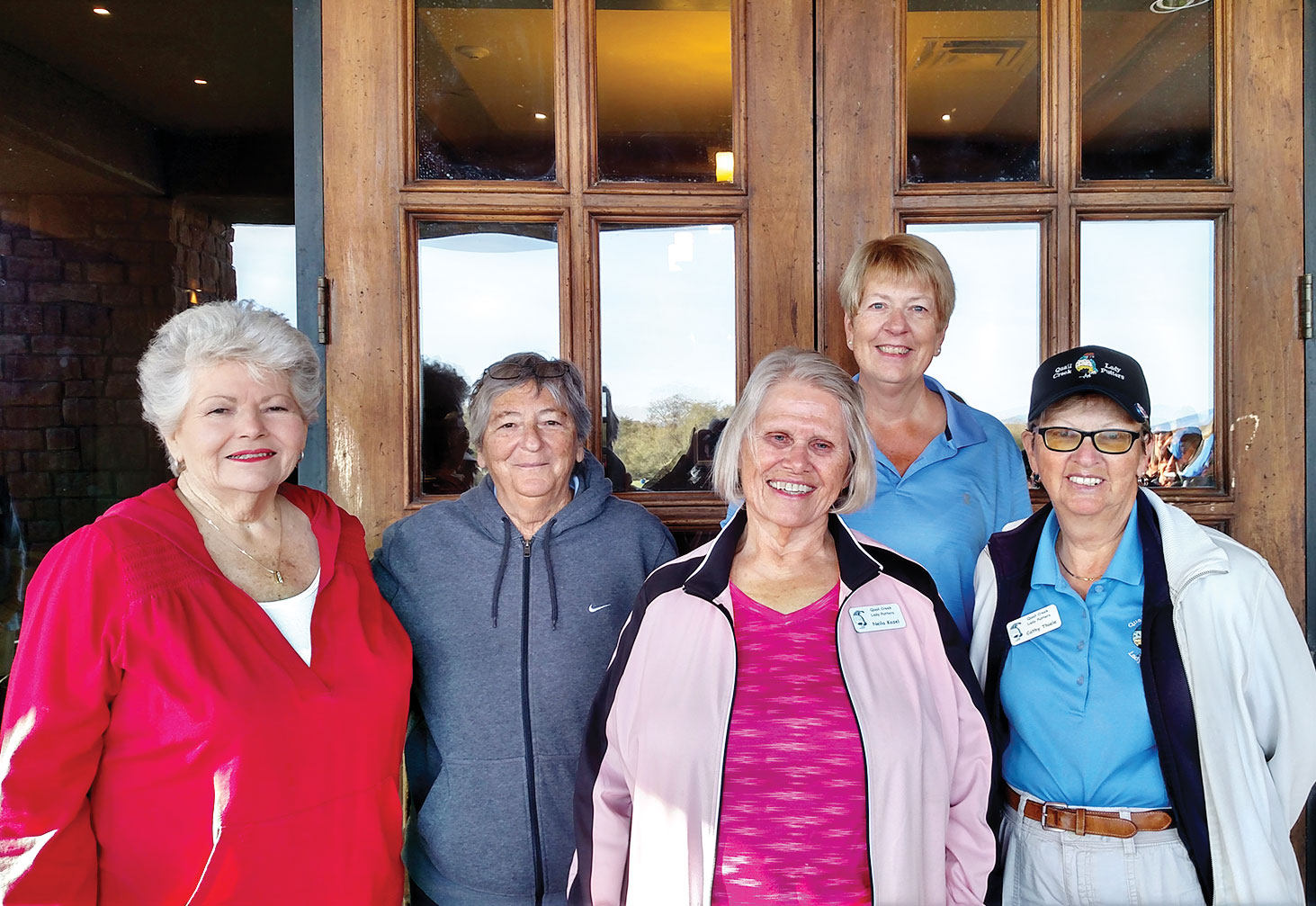 Left to right: New and returning Board officers Dorene Sims, Membership Chair; Gloria Clancy, treasurer; Neila Kozel, secretary; Janet Wegner, vice president and Cathy Thiele, president, will officially assume the duties of their position on January 1, though in reality, they are working now. Not in photo is Past President Dee Waggoner; photo by Sylvia Butler

As the year drew to a close, it was time to elect officers for 2017. President Cathy Thiele, Dorene Sims, Membership, Treasurer Gloria Clancy and Dee Waggoner, past president, will continue in their respective positions for another year. New to the Board are Vice President Janet Wegner and Secretary Neila Kozel.

The Lady Putters meet each Wednesday throughout the year. From now until May, they gather on the back patio of the clubhouse at 9:30 a.m. for check-in with putting beginning promptly at 10:00 a.m. Dues are $15 per year and there is a $1 weekly greens fee.