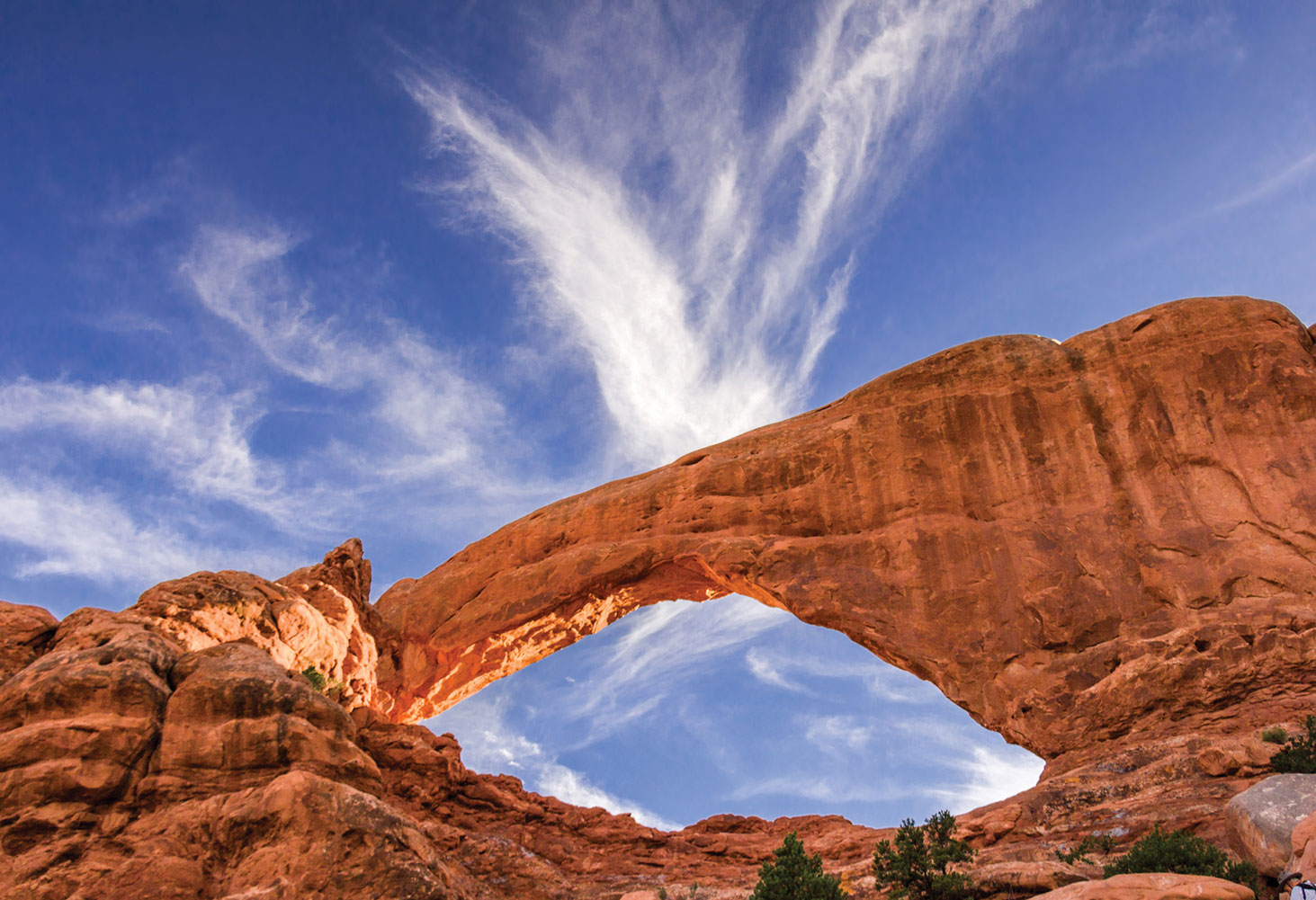 This is the South Window of the North and South Window Arches in Arches National Park near Moab, Utah. “Helen and I hiked around to the seldom visited backside of these two arches. I photographed over a period of 20 minutes in the late afternoon as the light and the sky continued to change. And then the clouds started to flare up and over the top of the arch in a dramatic way that was compelling to look at.” Camera used: Canon 60D and a Canon 18-200mm EFS lens on July 29, f/6.3, 44mm,1/400 sec, ISO 200. Processed the raw image in Adobe Lightroom and Photoshop.