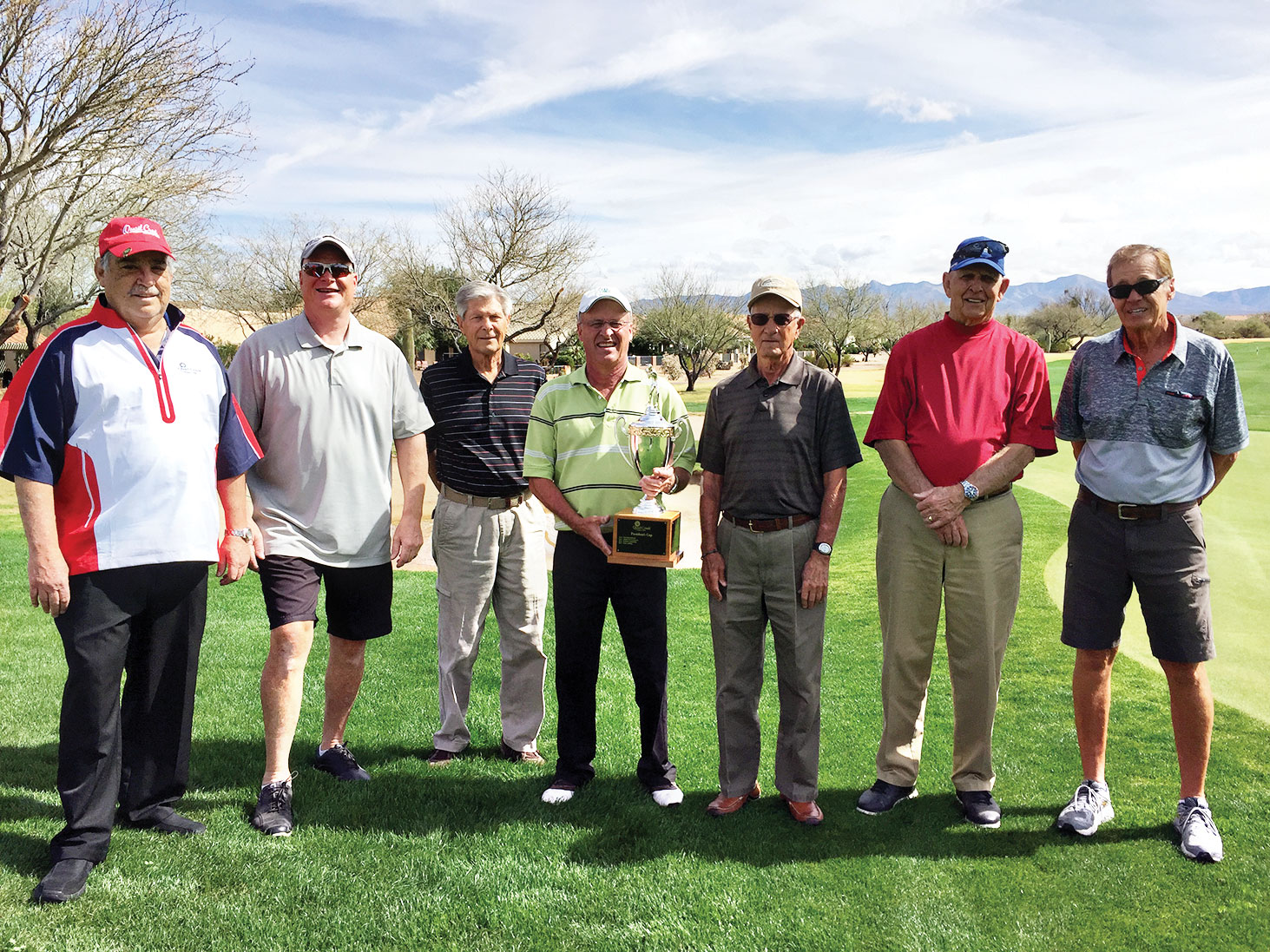 The President’s Cup was played over a three-day period ending on February 13, 2018. This is a multi-flight competition where the winner is the player with the lowest overall net score for three 18-hole rounds regardless of which flight in which they played. A field of over 80 players began the competition.

It took close scrutiny of the six flights to see that there were three players within two strokes when play was completed. For the first time in several years, the winner came from the first flight. As one of the low handicap players in the field, Randy Davis emerged the winner with a score of 200, followed closely by Jay Thompson from the second flight with a 201 and Jim Hart from the Copper flight with an adjusted score of 202. The competition among the flights couldn’t have been closer.

The following are the flight winners.

Congratulations to the winners in a very close competition.