The 2016 POA Board Election is now taking place. There are five members of the Board; three are appointed by Mr. Robson and two are elected by residents of Quail Creek. This election is to fill one of the two resident-elected Board positions and the person elected will serve a two-year term beginning January 1, 2017.

There are two candidates running in the election. Below are their biographies. 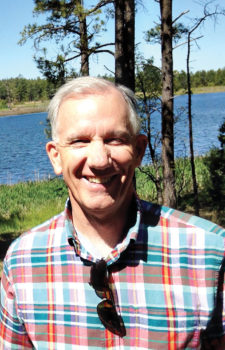 “Nothing astonishes men so much as common sense and plain dealing.” -Ralph Waldo Emerson

Emerson’s quote is a great philosophy for all interactions whether political, business or social. I would strive to practice this with Quail Creek’s residents, management and board members.

If elected, my key priorities would be:

Helping make Quail Creek an even better place to live and enjoy retirement.

Advocating for broader resident input before final decisions are made.

Advocating for long-range planning to ensure our financial stability. This includes establishing an adequate reserve fund to maintain and replace roads and facilities.

Nine years as a newspaper journalist

Past President Big Brothers-Big Sisters of the Midlands

Retired and living in Quail Creek since 2007 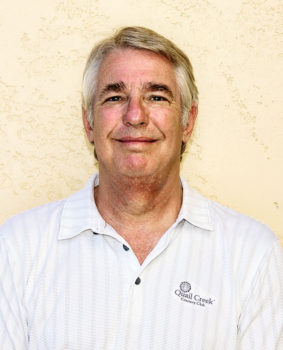 My name is Jeff Krueger. My wife Sharon and I built our Quail Creek home in 2010. In January of 2013, I retired from my position as director of sales, service and marketing of the $100 million Mercury High Performance, Commercial and Government division of Mercury Marine in Fond du Lac, Wisconsin. At that time, Sharon and I moved to Quail Creek full time. Much of my career was spent working with U.S. and foreign military agencies. As the contracting officer for Mercury Marine, I managed numerous special product development programs for Naval Special Warfare and SOCOM. I was also responsible for Mercury Racing’s offshore racing and performance boat business worldwide.

Over the past many years, I have been involved in board positions for a number of organizations. Most recently, I was on the board of directors for the Our World Underwater Scholarship Society, sponsored by Rolex. I have also served as president of Lake County Divers, and was a member of the State of Wisconsin Joint Legislative Council, being appointed by the Director of the Wisconsin Department of Natural Resources.

As a resident of the Quail Creek community, I am a member of the Performing Arts Guild, the Air Gun Club, RC Club and current president of the Photography Club. I also volunteer my services as a photographer for many Quail Creek clubs and events throughout the year.

We love Quail Creek and I have the time and energy to give back to the community, which is why I am running for the POA board. My work experience has given me the skill set to understand contracting, budgets and business management. All these are skills I believe will help me be a successful and contributing member of the POA Board.