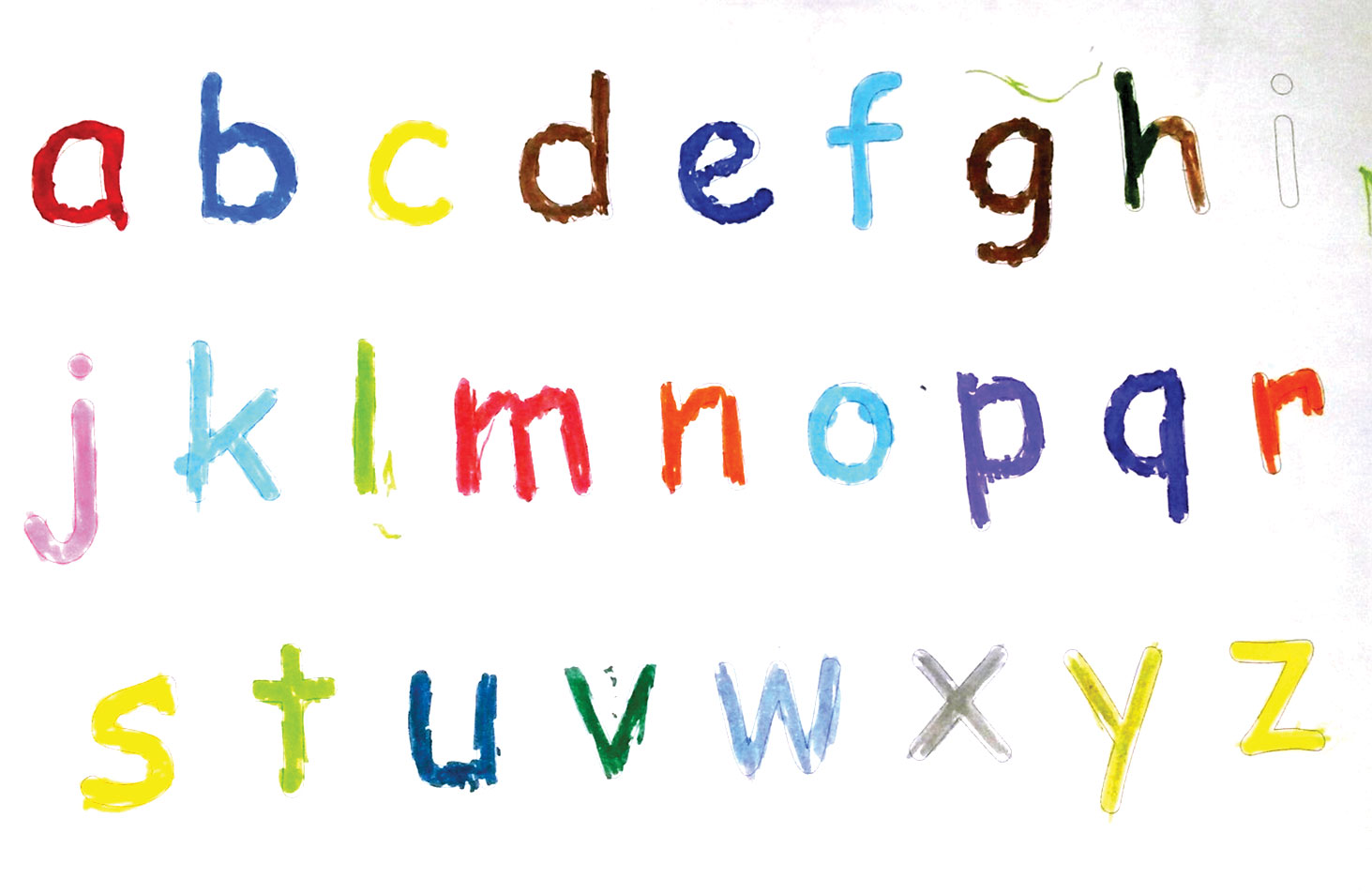 Reader Yasmin John-Thorpe of Quail Creek writes, “I am a Canadian snowbird who spends my winter months at Quail Creek. I’ve only just received my mailed copy of the August Crossing which features your ‘Word of the Month’ – Synesthesia. I wanted to share with you my association with this phenomenon.

My niece’s daughter, who is now nine, was having problems from kindergarten with spelling. Not orally, which proved she could spell the words given to her to learn for that week, but rather her problem was when she had to write them out. Frustrated, my niece asked her to write out the alphabet. Using crayons, she produced the alphabet.

It took a while for my niece to understand how her daughter sees the letters. My husband and I did some research and found a doctor in the United States of America who sends out a newsletter about this condition.

I was most fascinated by the letter (g) which had some kind of other wavy color over it and of course the ‘i’. There seems to be no worldly color for that except to say it appears as light. We really don’t have a color for light!

Unless she has a photographic memory of the alphabet placed around kindergarten walls in vivid color, we presume she has a form of synesthesia.

We continue to encourage my niece to restrain from giving her medication which seems to be the norm when young children appear to have a different view from what the rest of the world calls ‘normal.’

When in Quail Creek we reside on Orchid Lane – we’ll be there from the end of October this year. Thank you for taking the time to read my email.”

I found Yasmin’s experience with her niece’s daughter fascinating. In follow-up emails with Yasmin and an online search of her work, I discovered she has written and published many children’s books, is a literacy advocate and a volunteer reader in elementary school classes. Receiving a response like this from Yasmin makes writing this column rewarding for me. Finding a kindred spirit (I volunteered on two literacy council boards, read with fifth graders in an elementary school and sponsored the PBS program, Learn To Read, in the ’90s) is uplifting. Thank you for sharing your thoughts with our readers Yasmin!