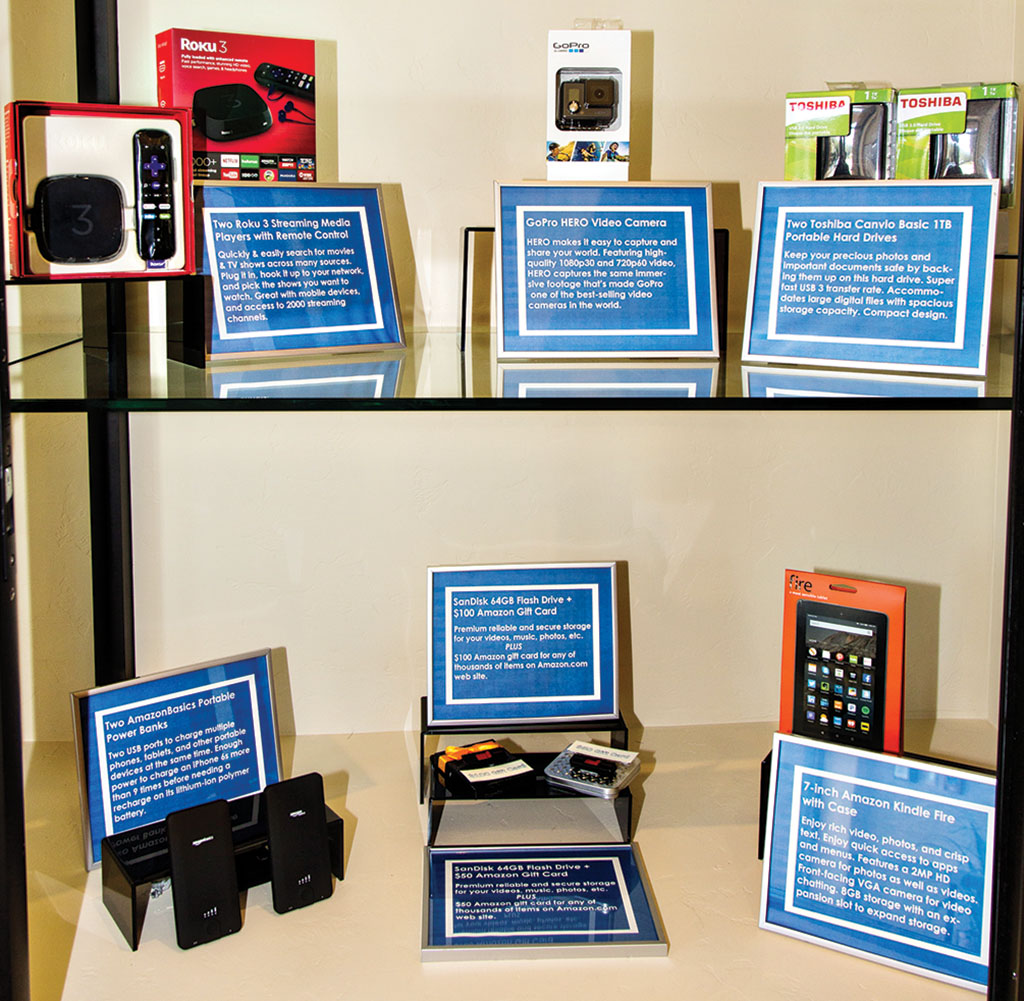 Door prizes were previewed in the club’s  display case in the CATC building several weeks early. 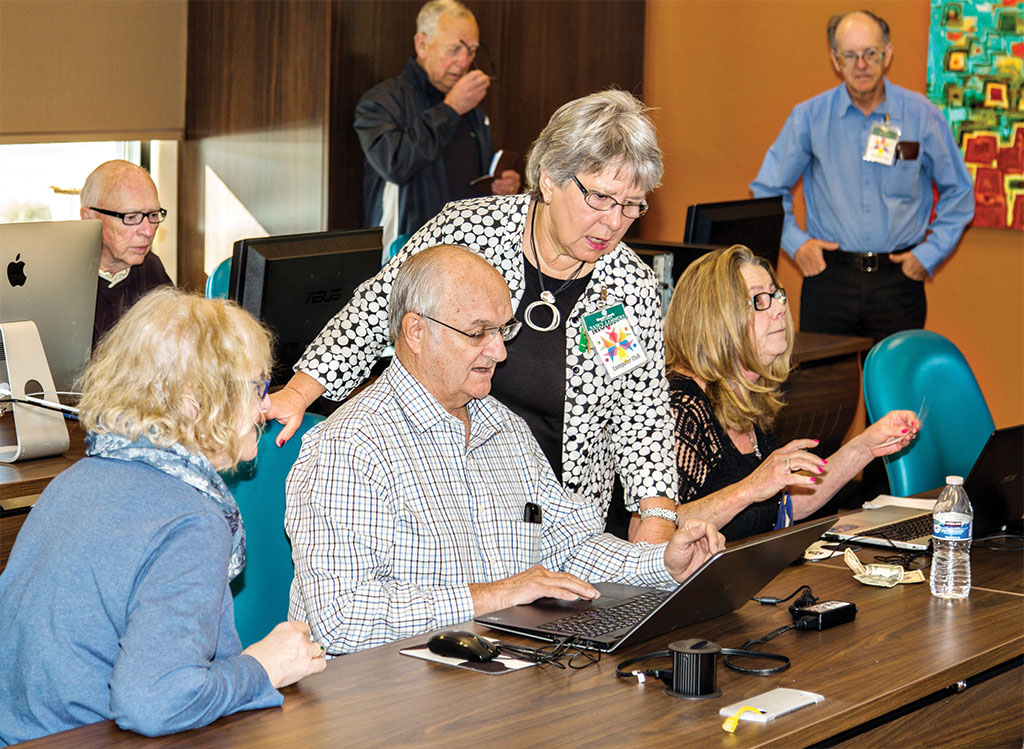 Perhaps no one was more surprised than the Computer Club staff at the interest shown by Quail Creekers when, on January 19, more than 225 people showed up for the club’s annual open house.

Early attention to the open house was generated by the terrific door prizes that were selected from among 2015’s most-wanted tech gifts. People lined up early to get their door prize tickets and ten winners came away happy, having won prizes such as the popular GoPro HERO video camera, a $100 Amazon.com gift card, a Kindle Fire and others.

During the open house, Computer Club staff spent a lot of time answering visitors’ questions about the club. It was fun showing off the beautiful state-of-the-art facility in the CATC building, offering on-the-spot instruction on some devices brought in by visitors and just chatting with old friends, some of whom have been members since its inception in 2001.

Because so many residents are eager to learn more about using the tech gadgets that have come into their lives, we had an unprecedented number of brand new members. Of the 314 people who have signed up for 2016 membership, 89 households are new to the club. Many of our members are couples who attend classes together and as students get to know each other in class, they often sit together so they can help one another.

You are invited to take a look at the club’s website – quailcreekcomputerclub.org – for information on upcoming classes, course descriptions, monthly informational programs for the community, signing up for classes, etc. Or drop by the computer lab anytime the door is open to chat with a monitor or to join with others who want to know more about the exciting world of technology we now live in. Current month classes are posted on the calendar just outside the computer lab.