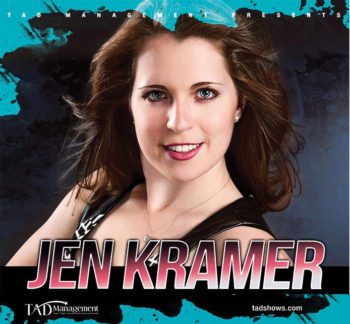 Vegas Magician, starring Jen Kramer, will be presented Monday, January 22, 2018, at 7:00 p.m. in the Madera Clubhouse Ballroom with a Cash Bar opening at 6:00 p.m. This show is produced by TAD Management and tickets are $25.

Cash Bar will remain open through the 15 minute intermission. Beverages purchased at the Cash Bar are permitted in the ballroom.

Tickets available at QuailCreek.ShoWare.com; all sales final (no refunds or exchanges)