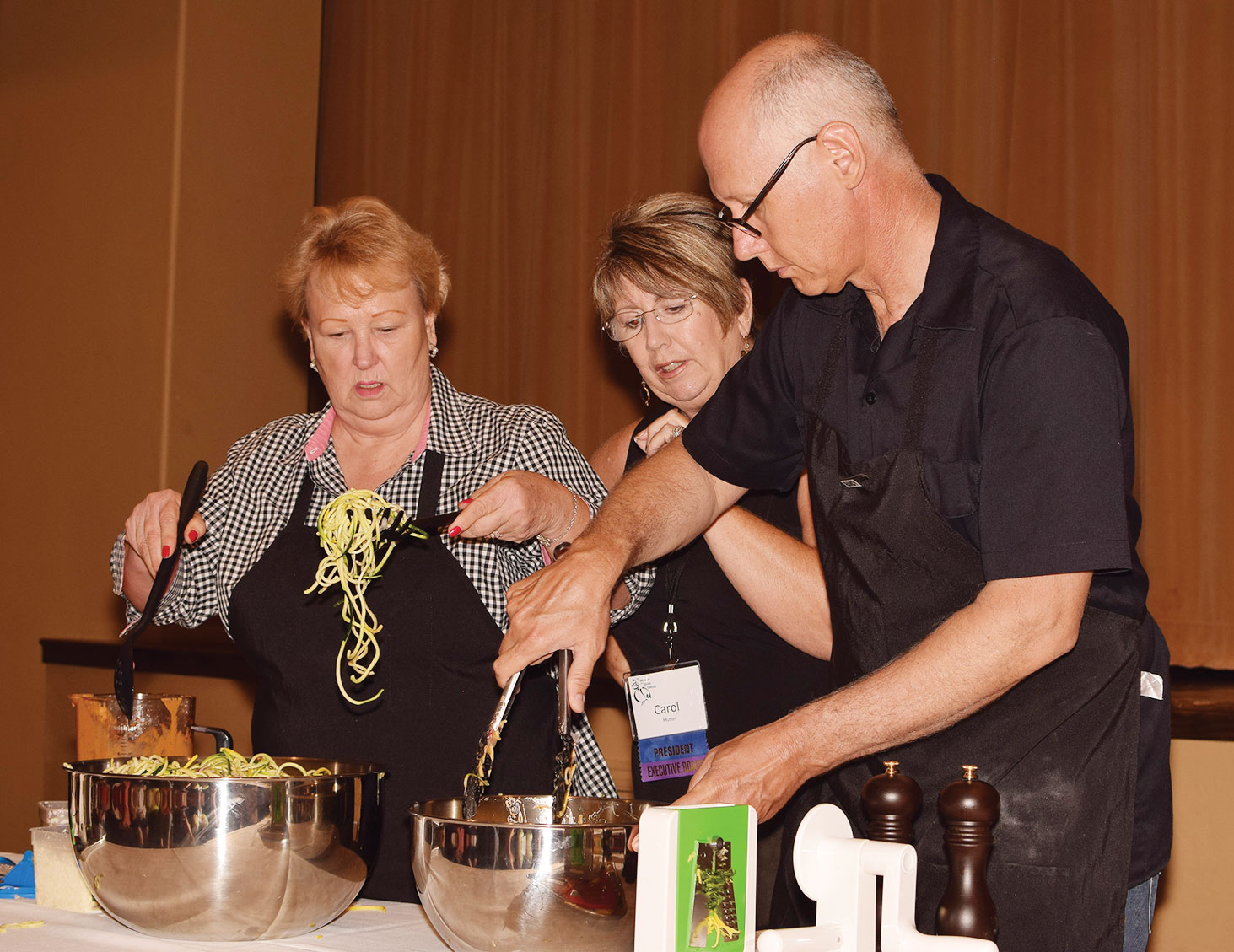 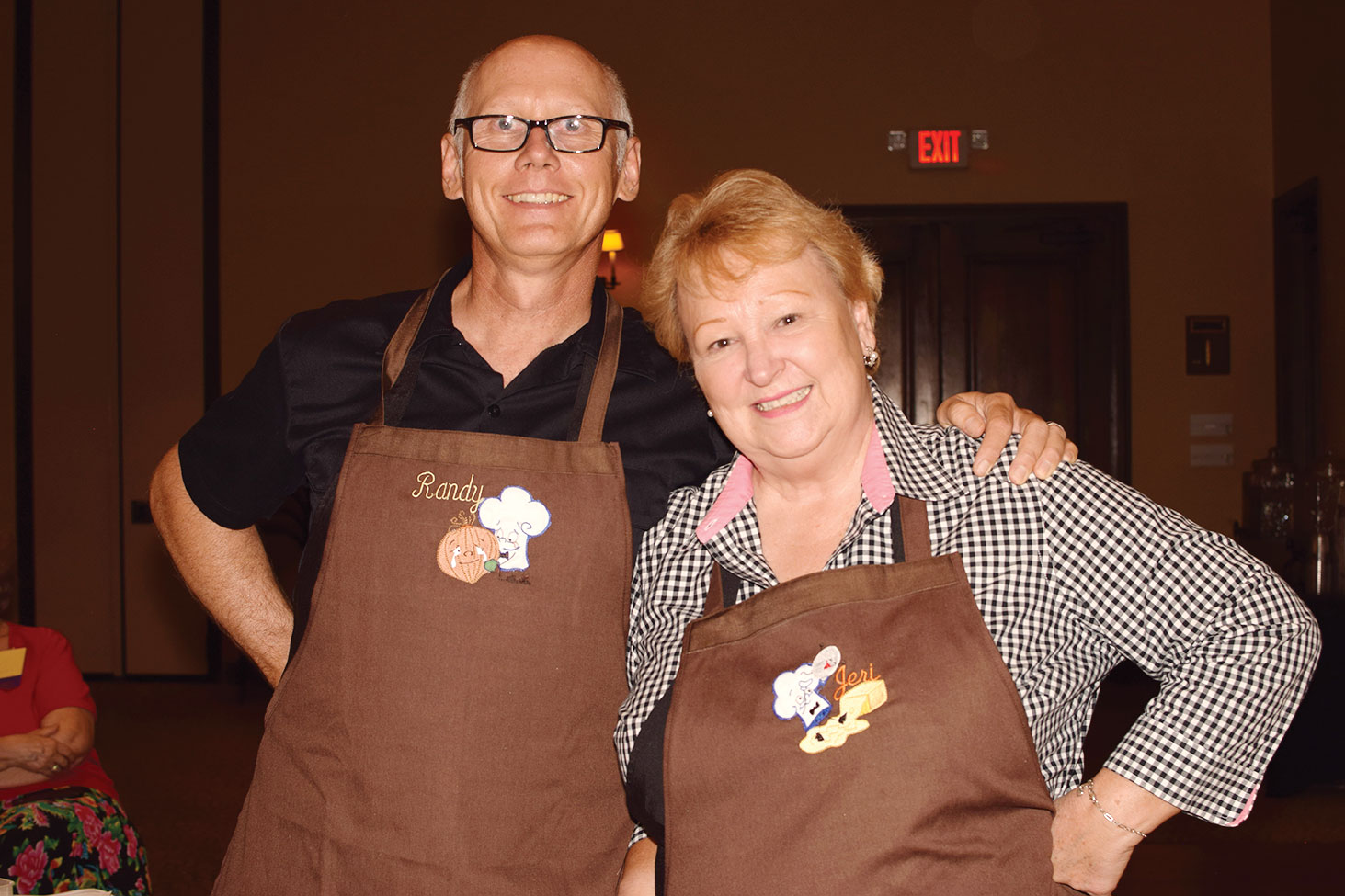 Randy and Jeri were happy to receive aprons made for them by TWOQC member Sue Ann Obremski; photo by Eileen Sykora

The Women of Quail Creek were treated to new cooking tips, demonstrations of new tools and a salad tasting during the August program. Randy Wade and Jeri Hoyle of Tumacookery in Tubac kept the large gathering actively engaged while they demonstrated spiralizers and other new to the market kitchen gadgets. Over 100 women asked questions, participated in demonstrations of tools and sampled the finished spiralized Farmers’ Market Salad with Tomato-Basil Vinaigrette.

Tumacookery has recently opened Cooking A-Z, a series of hands-on classes and demos, where Jeri Hoyle is one of the principle chefs. For more information about classes, consult www.cookinga-z.com. TWOQC’s website, www.womenqc.com also has a link to the handout distributed during the program including the salad recipe.

Other information shared during the August program included a report by Kay Robinson, chair of TWOQC’s Honor Flight Committee. Veterans participating in the September Honor Flight for WW II and Korean War vets received 375 letters written by members of TWOQC during their return flight mail call. TWOQC has been an active supporter of Honor Flight for several years either through sponsorship of participating veterans or through letter writing for roll call. More information about those activities is available at the club website.