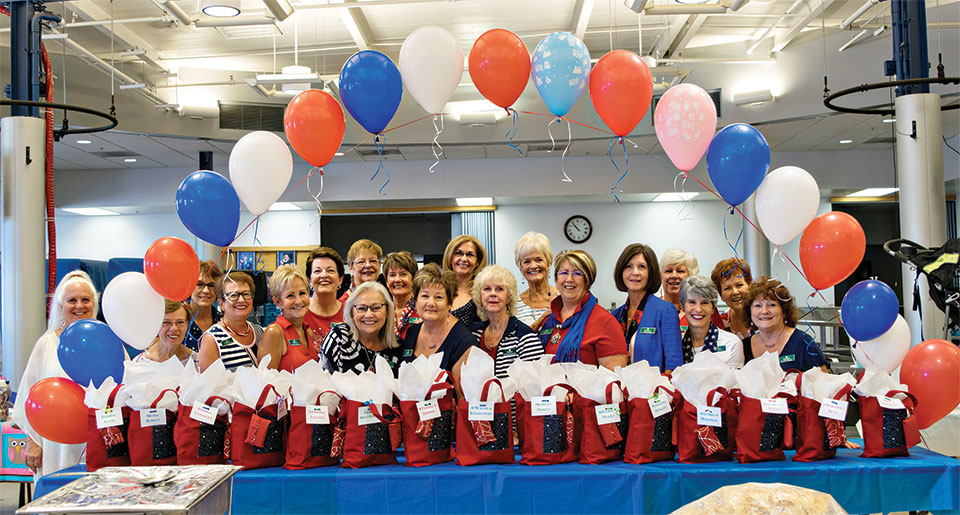 Baby Shower Committee awaits the arrival of the families; photo by Eileen Sykora 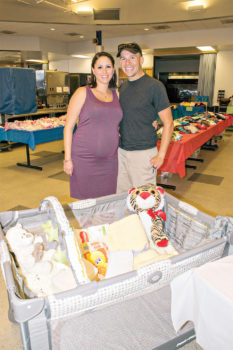 Twenty-nine military families have a lot of new items to share with their new bundles of joy. From diapers to clothing and just about everything in between, young moms and dads affiliated with the 162nd Wing of the National Guard in Tucson took home hundreds of items for their newborns.

For several months The Women of Quail Creek have been planning the 2017 version of the annual event, this year themed The Tiniest Patriots. The baby shower was held Saturday, May 20, Armed Services Day, at the National Guard base. Prior to the beginning of the celebration, a committee of approximately 20 women moved all the donated items to the base and began assembling the various gifts. TWOQC members packed diaper bags, mom’s bags and laundry baskets full of clothing, diapers, lotions and toys. The mess hall of the base was decorated to reflect this year’s theme and the fun began shortly before noon. Three hours later, after lunch, games and the awarding of prizes, the families took home over 1000 handmade items and hundreds of baby supplies that had been donated by members of Quail Creek and the local Green Valley/Sahuarita Community.

In addition to sharing the joy of the young families, TWOQC was honored to receive special recognition during the event. Brigadier General MacDonald and Barbara Gavre, Family Readiness Program Manager, presented a beautiful eagle sculpture to Baby Shower Co-Chairperson Pam Rodgers. The plaque on the sculpture reads “2017 Tiniest Patriots, TWOQC We Salute You. 162 Wing – Family Readiness.”