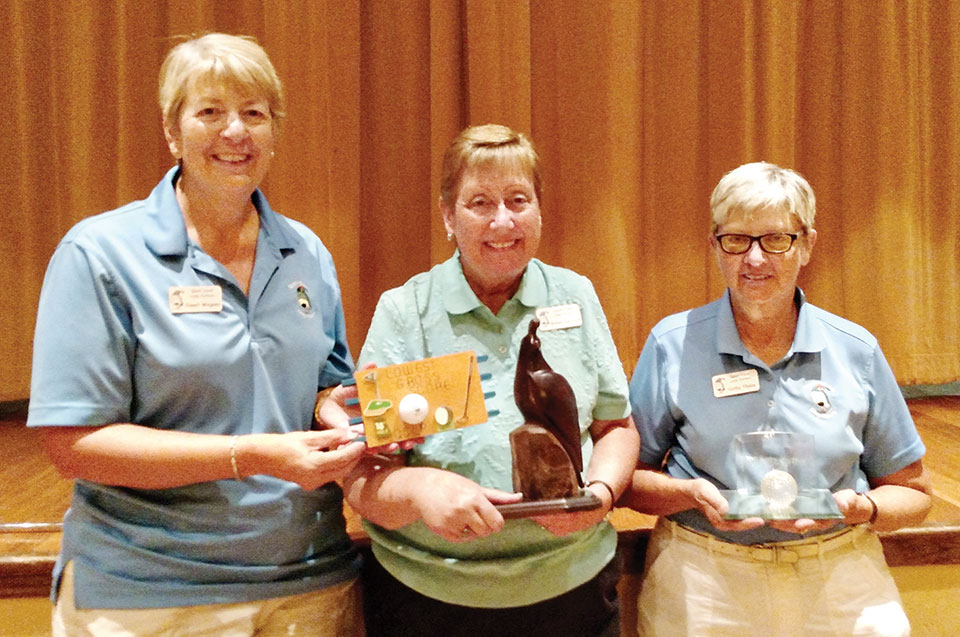 On the first day of their summer schedule, the Lady Putters were greeted by sunshine, warm but not too hot, temperatures and singing birds as they headed for the putting green. After a fun time putting, the ladies adjourned to the clubhouse for their first brunch of the year.

After a brief business meeting, they enjoyed a delicious chicken salad stuffed big tomato and a brownie with whipped cream for dessert.

Winners recognized at the brunch for achievements for the previous six weeks included Wendy Van Dyck and Cathy Thiele. Wendy received the Coveted Quail for a low net score of 32.75. She was also recognized for having the lowest score of 37.8. Putters President Cathy Thiele must have really been practicing since she scored the most holes-in-one getting eight.

After they had eaten, Putters Vice President Janet Wegner presented gift cards worth $6 each to 41 Putters. To be eligible for a gift card, members must have putted three times since the previous luncheon and attended the May 3 brunch.