Whitney Houston’s powerful anthems and eternal glamour come to life in this one-of-a-kind staged concert recreation! With a voice that mirrors the call and beauty of Ms. Houston herself, Jade Milian is a dynamic vocalist whose commanding stage presence will have you on the edge of your seat – just as Whitney did so many times over her award-winning career. Jade has shared the stage with numerous respected and well-known entertainers including: Liza Minnelli, Big and Rich, Natalie Cole, Nick Carter and many more. She has been recognized for her performances on BET television and various local and national commercials! After several years studying and performing in Music City (Nashville, Tennessee), Jade now performs to sold-out audiences around the world. Whitney: The Concert showcases Samuel E’s world-class arrangements!

Ticket sales at QuailCreek.ShoWare.com; all sales final (no refunds  or exchanges). 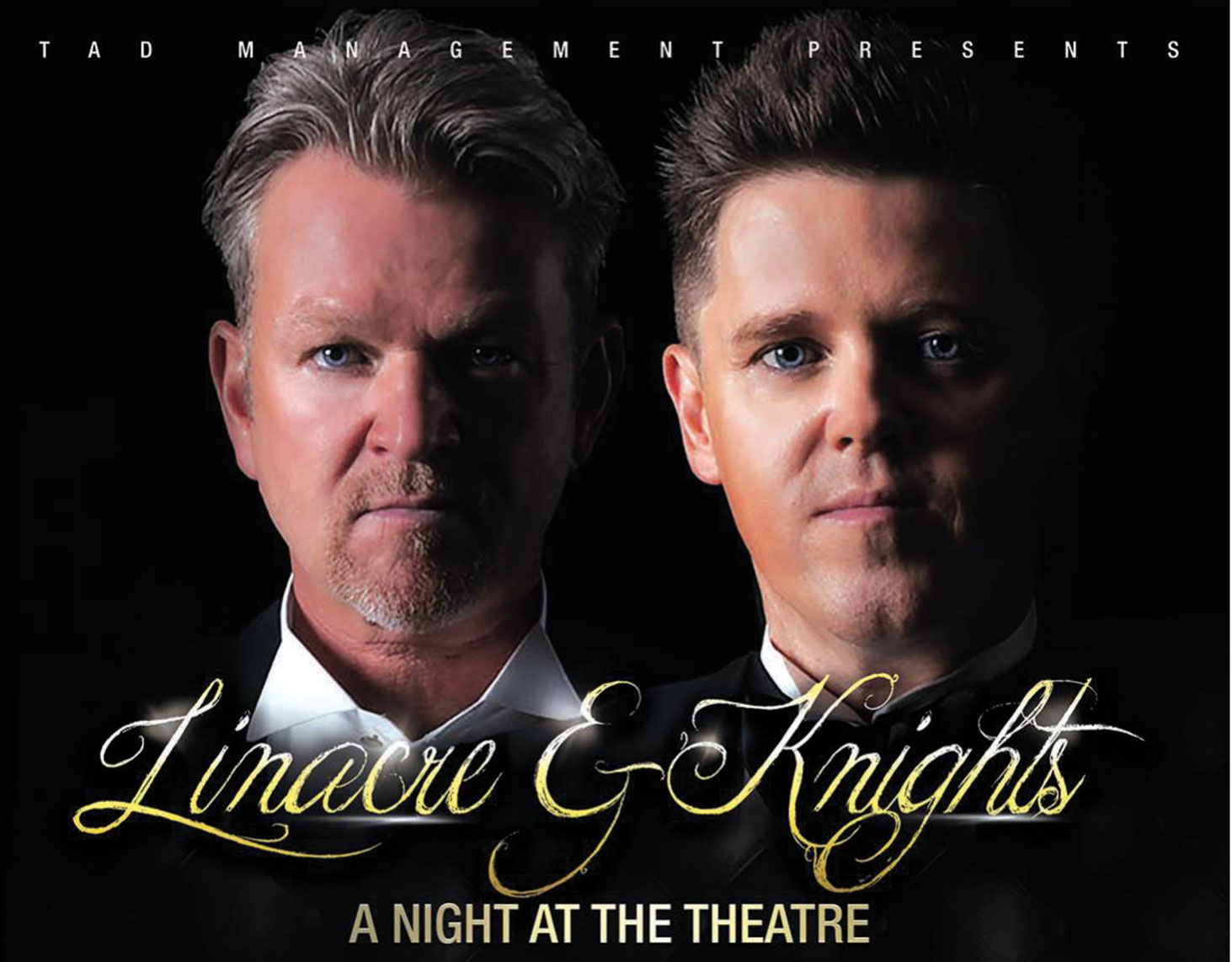 A Night at the Theatre is a breathtaking show featuring songs from all the smash hit West End and Broadway musicals.

Giving you a fresh new look at London’s West End and Broadway show tunes through their amazing voices, the international entertainers, Rob Linacre and Dan Knights have flown over from the United Kingdom to share some of their favorite musical masterpieces.

Presenting musical theatre at its finest and showcasing personal arrangements including The Music of the Night, (Phantom of the Opera), Over the Rainbow (The Wizard of OZ) and This Is the Moment from Jekyll & Hyde, this production also features songs for hit Broadway shows like Les Miserables, Joseph and the Amazing Technicolor Dreamcoat and many, many, more!

Having performed all over the world, both Rob and Dan exude warmth, charisma and uninterrupted professionalism on stage and off. Now sit back, relax and listen to these two beautiful voices bend together in one unforgettable show!

Tickets on sale at QuailCreek.ShoWare.com; All sales final; no refunds  or exchanges.

The Doobie Brothers Tribute Concert, produced by TAD Management, will take place on Friday, March 31, 2017, at 7:00 p.m. in the Madera Clubhouse Crystal Ballroom. Tickets are $26 per person. A cash bar opens at 6:00 p.m.

The name says it all—Listen to the Music is a complete re-creation of the famous rock band The Doobie Brothers back in the 70s. The show brings back the famous line-up of Pat Simmons, Michael McDonald, Jeff “Skunk” Baxter, Tom Johnston and Tiran Porter (considered by most to be the “all-star” lineup). The cast re-creates the era with exact instruments, costumes and looks. You can’t help but get sucked in and believe it’s the real guys they portray.

So get your groove on and come out and experience the show, or better yet—just Listen to the Music!

Tickets are on sale at QuailCreek.ShoWare.com; all sales final; no refunds or exchanges.