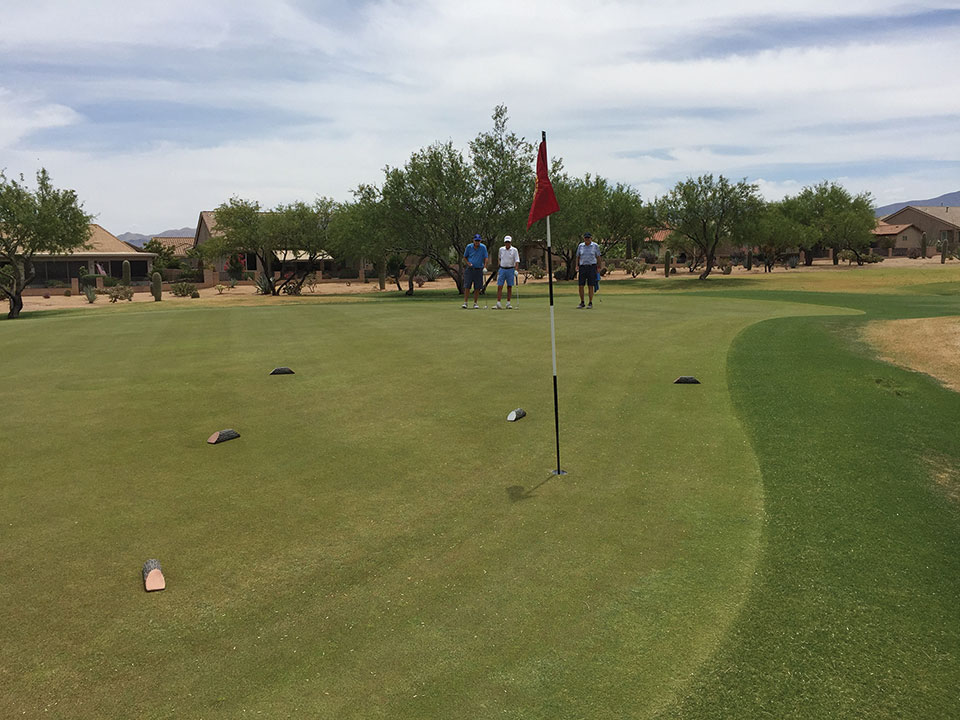 Revenge 1: David Ray, Jim Hart and Tommy Murray study tee markers that have found their way onto this green as immovable obstacles. 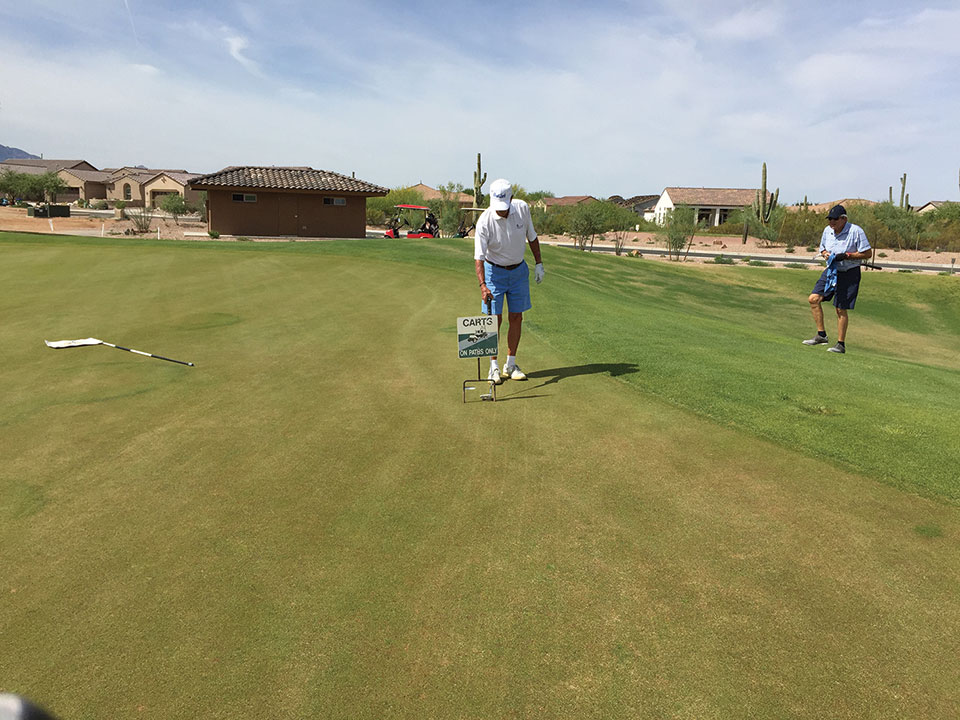 Revenge 2: Jim Haart and David Ray ponder on how to navigate a No Carts sign placed strategically near the hole on Roadrunner No. 6 green.

The 17 teams assembled for the fourth edition of the Superintendent’s Revenge were surprised at 7:25 a.m. to have Superintendent JR Kies announce that there would be “obstacles” to overcome on some of the greens this year to make the competition even more difficult. These were not moveable obstacles but ones to be played around or against. This meant that time would be of little consideration to complete every hole by every foursome. The course presented itself with the greatest difficulty ever seen by the competitors in this event.

The event was made up of four-man teams that were mostly created by the foursomes themselves. Play was to be a Scramble format with each player required to hit four drives.

Only until each team approached a green to see what devious location of the pin awaited them – forget the color of the flag – that they were quickly made aware of the addition of seeing rakes on the green, assortments of tee markers placed in strategic locations, a “no carts” sign placed strategically as in croquet and a large mower blocking the front of a green for no reason other than to be an unmovable obstacle. And there were others. Were the challenges unfair? Not likely in this event where control was in the mind and hands of the superintendent.

For some teams, the putting greens were too much with some teams requiring 20 putts – five per person -to hole out from a mere six feet. Others met the challenge with outstanding results.

The winning team carded an amazing net score of 56.6 and a gross score of 65. The team was almost 4.5 strokes better than the second place team.

Congratulations to the winning teams – a job well done!

What can we expect next year – a specially created island green maybe?