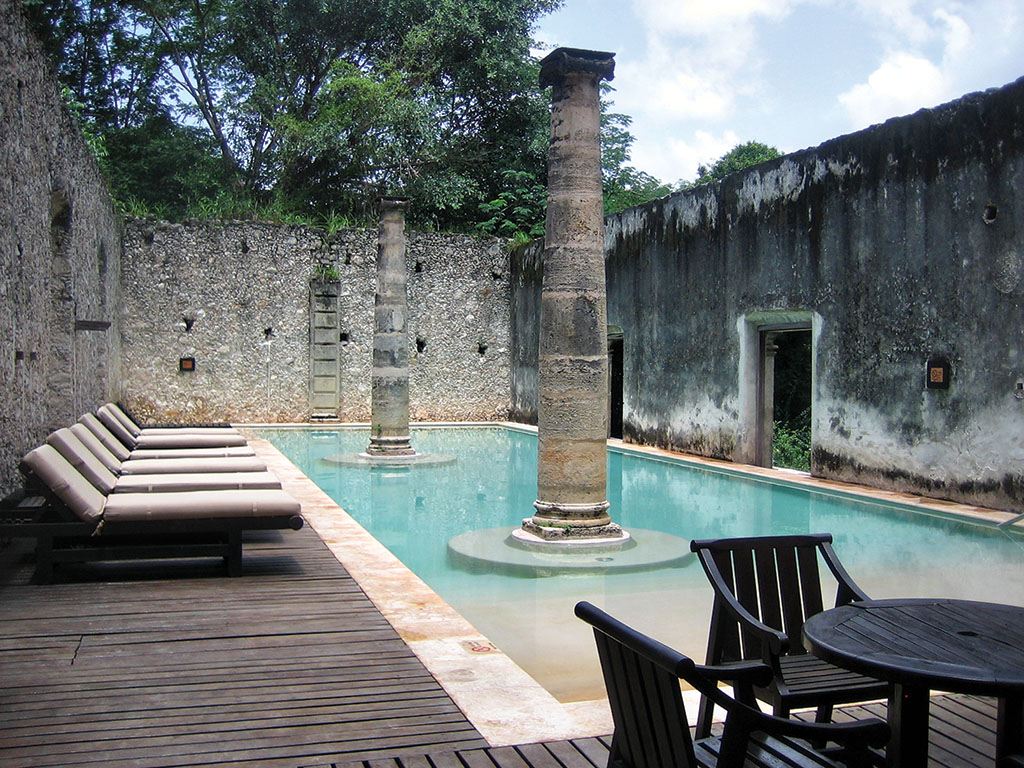 Many of you may be acquainted with sisal rugs. That really was my only reference point until I recently visited the Yucatan and delved into the interesting background and history of sisal production. Sisal, which comes from a certain type of agave plant (different from the one for tequila), was once called the “green gold” of the Yucatan as it was a major industry there. The production of sisal requires many different steps, most of which were done by hand, until the introduction of some helpful machinery. First you need to grow the agave plants which have a life-span of seven to ten years, then go out into the fields to harvest the broad leaves, extract the fibers, beat and comb them until only the strongest fibers are left, then twist and turn them to create varying sizes of rope and cords. Since the late 1880s, wealthy landowners relished in the production of sisal in their large self-contained haciendas until after World War II when plastic was produced and usurped sisal production. The word sisal is a misnomer for the product which is really “henequen.” Sisal is the name of a port, near Merida, where sisal was shipped overseas. But when the crates arrived to the port and saw the word sisal written on the outside, people assumed it was the name of the product inside!

This green gold is no longer a major export of Mexico, with Brazil now dominating this industry. But the history of sisal has left an indelible mark in the Yucatan. You can go to one of the oldest haciendas, Sotuta de Peon, to have a fascinating tour of the main house and many of the outside areas to understand sisal production. To get out to the agave fields, you take a little wooden cart pulled by a mule. These carts were used during harvest to bring back the leaves. Many of the old sisal haciendas are in great repair (isolated in various parts of the countryside and jungle) and are now used as five star hotel properties. They are all fascinating and I have a hard time deciding which one I love the best. Once you arrive to one you are there for the evening, enjoying vast gardens, Maya spa treatments, lounging in a hammock, sipping a drink and eating dinner on a cool veranda, swimming in unusual pools, bathing in your own outside bath and just loving the experience. Let me introduce you to the world of sisal when you join me for my trip to the Yucatan!