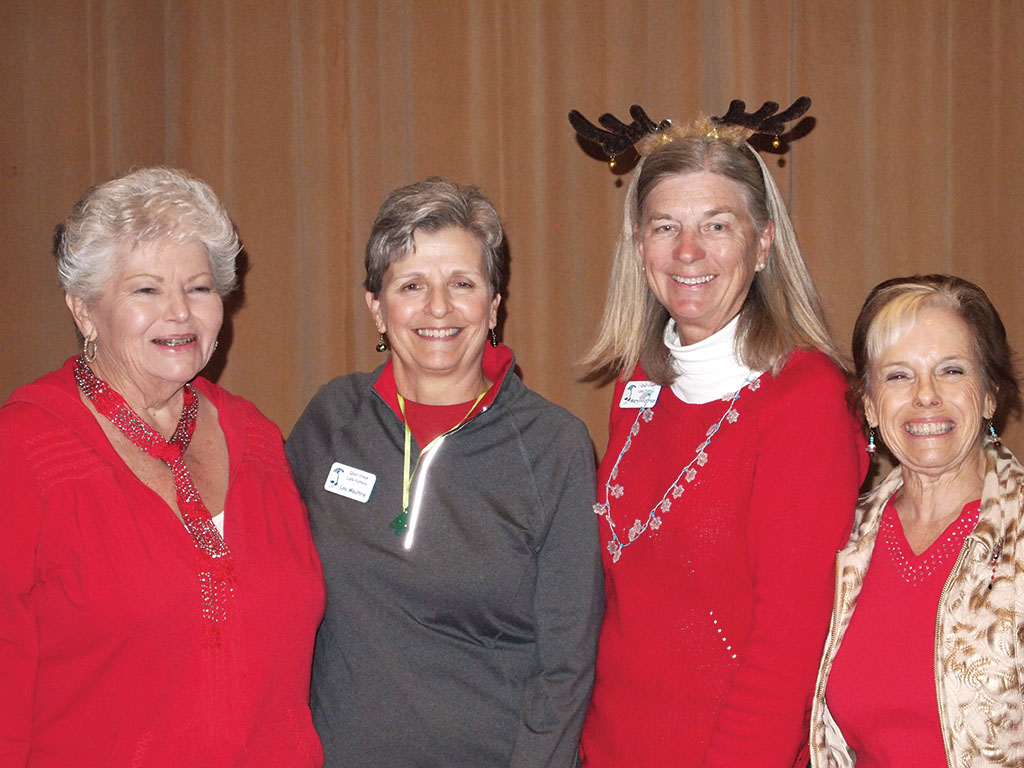 Left to right: Dorene Sims, Lou Moultrie and Mary Anderson are congratulated by Putters President Dee Waggoner (far right) for getting a hole-in-one on the Money Hole; photo by Sylvia Butler 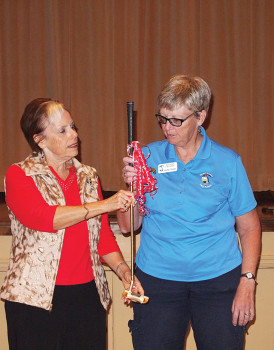 The election was held and Dee Waggoner thanked all the Putters for their support during her 26 months as president and shed a couple tears as she was presented a Circle of Hope silver pearl and crystal bracelet. Cathy Thiele was elected president and Kelly Hines vice president.

Julie Daines received the Coveted Quail with a Low Net score of 34.75, a plaque for a Low Gross score of 28.75 and the Crystal Golf Ball for achieving 15 holes-in-one for the six week period preceding the luncheon.

Also recognized during the luncheon were six ladies who got a score under 40 for the first time since joining Putters. Patty Dennis, Ella Watson and Yvonne LaBrec each got a 39, Bonnie Hydra and Chaille Womack, a 38 and Joanne Groom a 37.

Those parring the course or better for the first time included: Deb Anderson, Barbara Manning and Sheila Wylie with a 36, Nancy McDaniel, Linda Dyer, and Judy Hayes with 35, Joanne Groom 34, Patty Hall and Linda Weissman 33, Julie Daines and Diane Wilson 32 and Lou Moultrie with a 31.