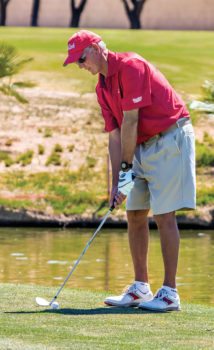 Tom Dunipace, the Men’s Invitational Chair, has announced that registration is now open for the 2017 QCMGA Invitational scheduled for April 25, 26 and 27.

Changes to this year’s Invitational include: Quail Creek residents and renters are required to play as the member and therefore can’t play as the guest; each nine holes will be a different format, with each team accumulating points within their flight; there will be a playoff of all flight winners immediately following the last nine hole event; no restriction on team handicaps and there will be at least one copper flight.

Registration forms are available at the Pro Shop and online on the QCMGA Member’s site. Any questions can be directed to Tom Dunipace at 305-8003.