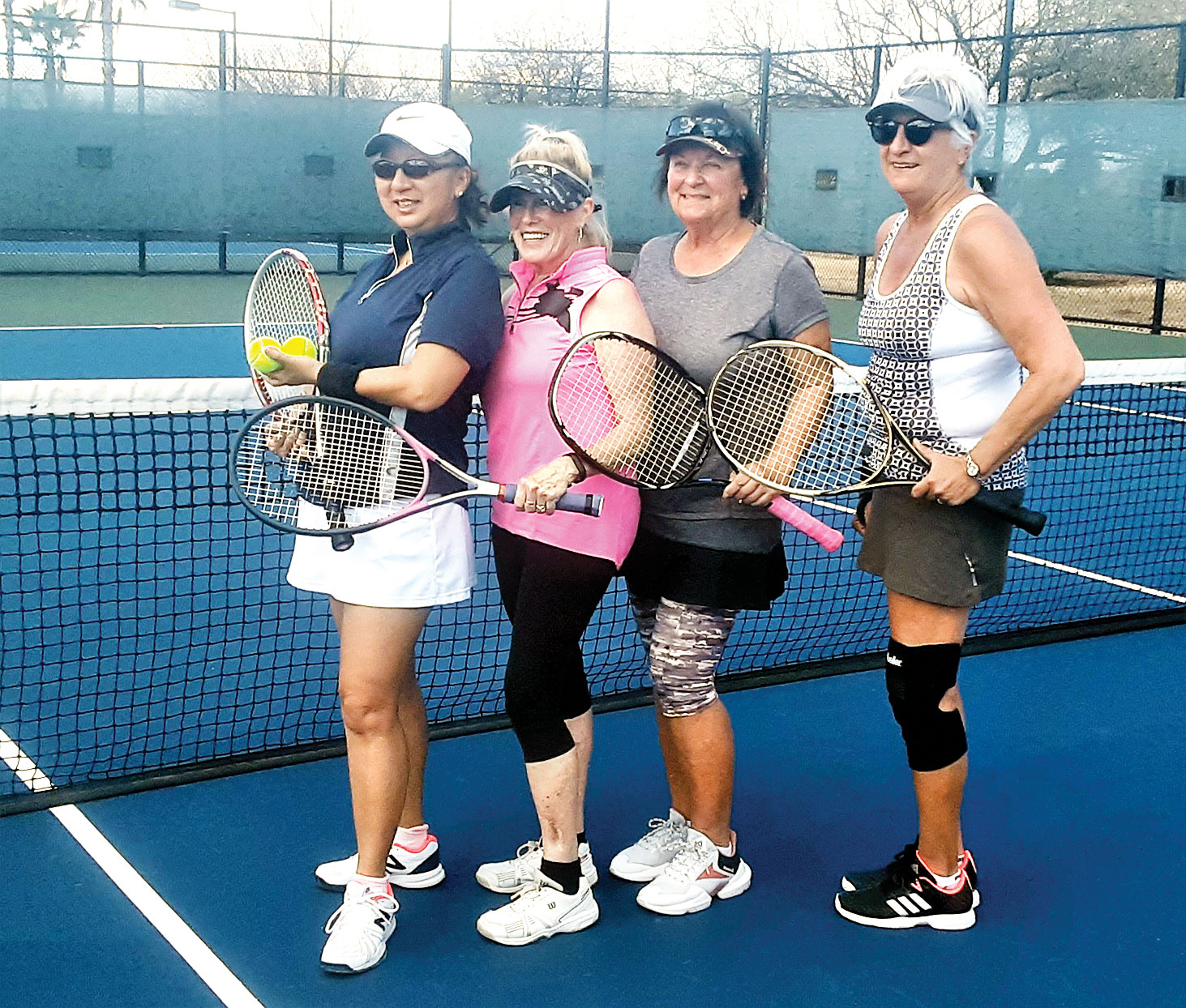 The Quail Creek Tennis Club staged the first tournament of 2019 on Friday and Saturday, March 15 and 16. A club BBQ mixer was set up Friday evening. Sixteen women and 12 men participated in three rounds of doubles with points awarded for each game won. Scoring was no-ad with a seven-point tie break at a five-all and a ten-point tie break with split sets. The levels were mixed and a lot of fun was had by all.

The top four women players squared off in the final: Joy Olson and Ann Woodard faced off against Chris Moravchik and Carol Fougere with Woodard and Olson prevailing (7-6, 6-3). The top four men players played a final where Dave Sypkins and Richard Stebbins won the match over Ian Meldrum and Dave Winter (6-0, 6-2).

Major kudos to the tournament directors, Dave and Judy Sypkins, who commented that the response to the tournament was great; there were so many volunteers. “The weather was great, a little windy on Saturday, but everyone seems to be having a great time! And look at all the members sticking around for the final!” Congratulations to the winners and the club is looking forward to the next
tournament!