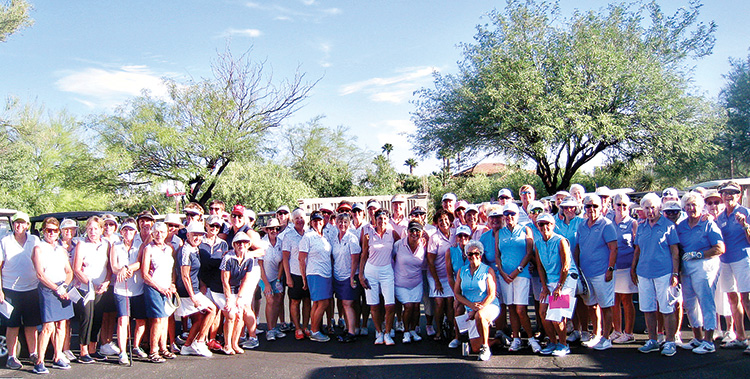 Seven teams gathered in Quail Creek for the interclub finale.

This competition consisted of seven clubs in the Green Valley area and has been recorded as far back as 2001. The interclub season runs from May to August, with each team hosting a game. This year’s game was an individual Stableford. The team with the most points over the seven events was declared the “Interclub Champions.” This year, Torres Ranch was the champion! The other place holders include: 2nd place, San Ignacio; 3rd place, Canoa Ranch; and Quail Creek came in sixth.

A special thanks goes to Cathy Nelms, Sherry Morris, and Peg Avent for coordinating the events and to each of the golfers from the Quail Creek club who participated throughout the season.