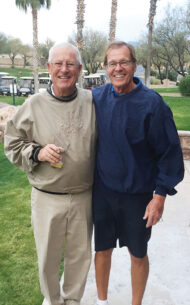 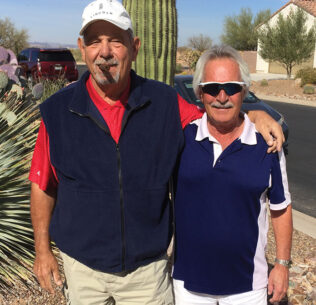 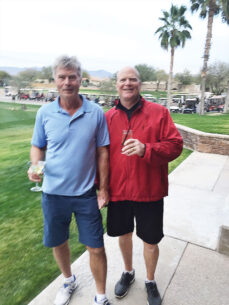 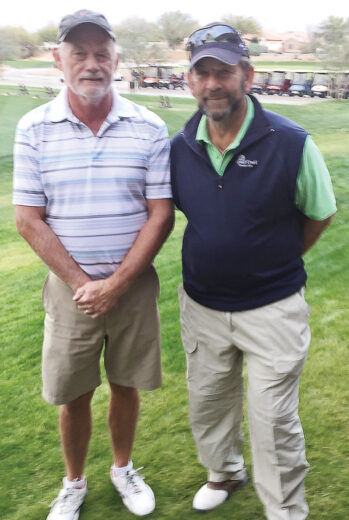 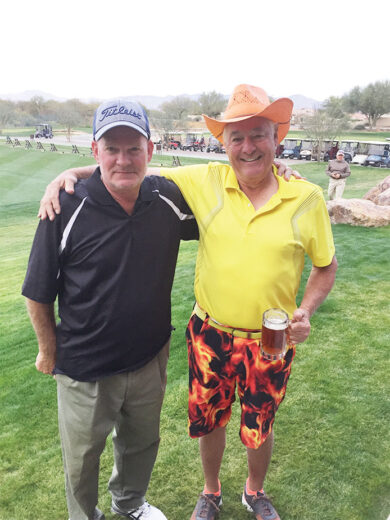 The first major three day event on the QCMGA Tournament Schedule is the Two Man Team Championship. This is a two-man team competition played on a net best ball basis with winners in each of the five flights. Within each flight there were eight teams in all but one flight had nine teams.

The event was weather challenged on the first day with wind speeds exceeding 20 mph. In spite of this handicap, the scores for that day’s round were very low. Heading into the third and final round there were four teams within one shot of winning this championship. The overall winner could come from any of the five flights.

The third and final day was played on the Quail/Coyote combination on January 16, 2018. After two teams tied with a total net score of 188, the overall winner for 2018 was Jim Easley and Jay Thompson from the third flight defeating the duo of Shel Zatkin and Greg Royer from the second flight in a card playoff.

The following teams prevailed as flight winners and runner-ups.

Congratulations to the winning teams! A very close competition.