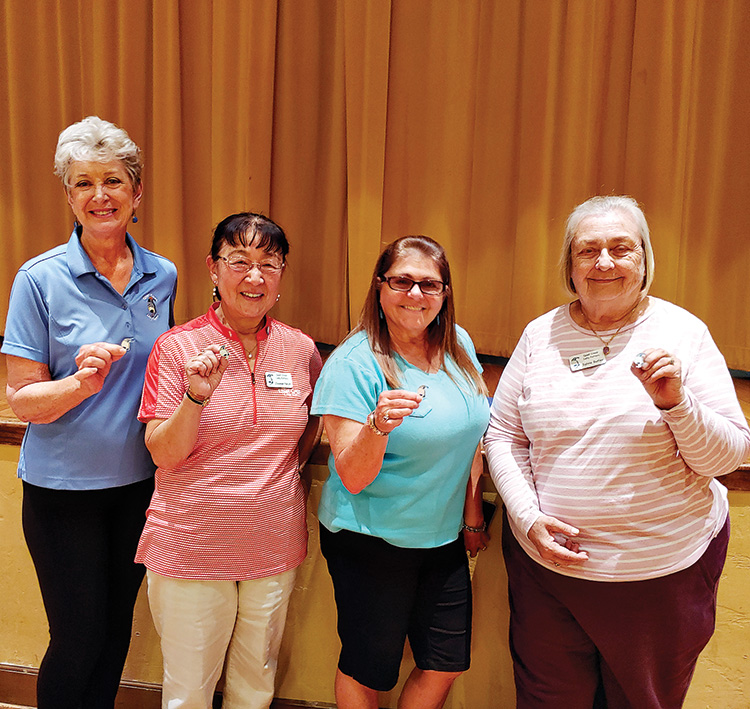 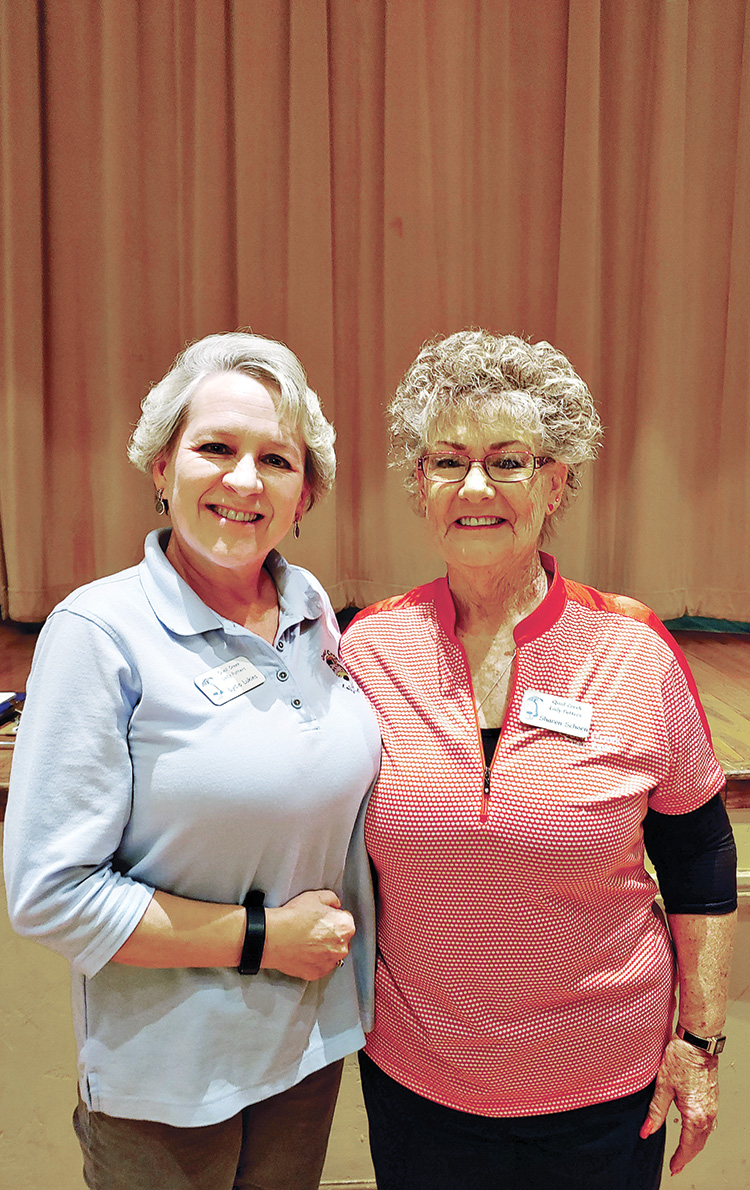 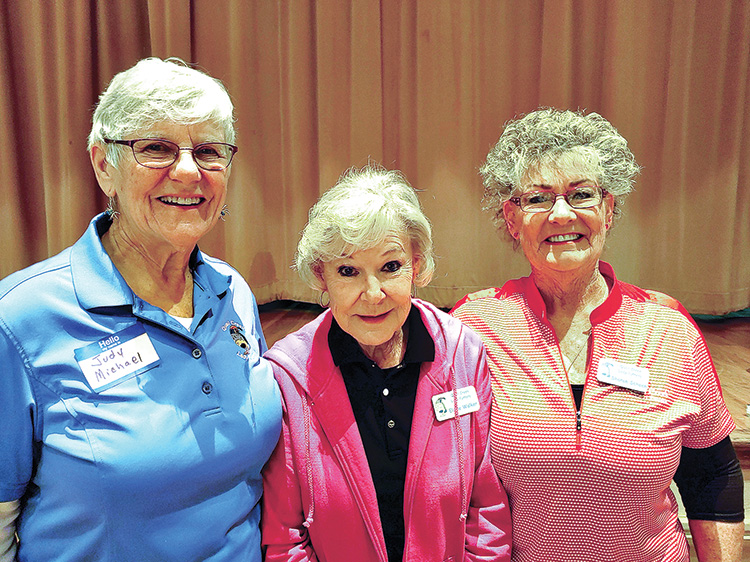 The Lady Putters had their March awards luncheon and ceremony before most activities came to a screeching halt because of COVID-19.

During the six-week reporting period, the Money Hole Winners included Elaine Walker, Lynda Pilcher, Patty Hall, and Sylvia Butler. This money hole is considered the most difficult by those who set up the course each week.

With a score of 36.20 and 14 holes-in-one, Marci Yenerich once again was recognized for having the low gross score and most holes-in-one. Lydia Lukins had a low net score of 30.00.

Several newer members of the Putters joined the ranks of those who achieved scores under 40 for the first time. They were Elaine Walker, Judy Michael, Julie Breirtrick, Kathy Kelly, Mary McDevitt, and Mary Jo Hensel.

Earning a Quail Pin for five or more holes-in-one in one outing were Chaille Womack, Coreen Williams, Debbie Ettenger, Nancy McDaniel, and Sylvia Butler. Joanne Nash managed to get six.

After lunch, Sharon Schoen presented 33 very active Lady Putters with gift cards valued at $10 each. The gift cards are presented to those who putt the requisite number of times in the reporting period, and who attend the luncheon.