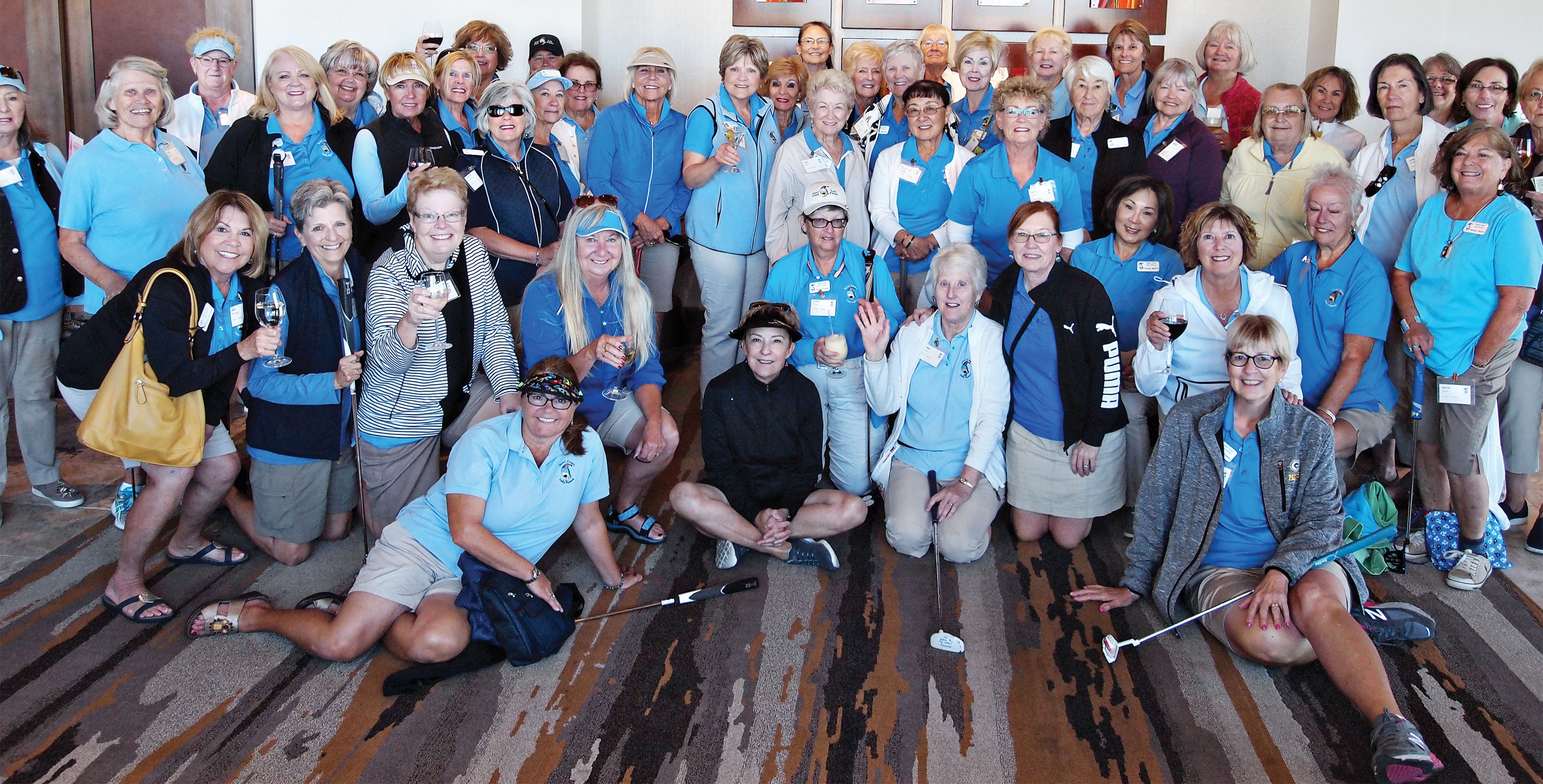 Fifty-two Putters donned their blue shirts for the trip to SaddleBrooke Ranch; Photo by Sylvia Butler. 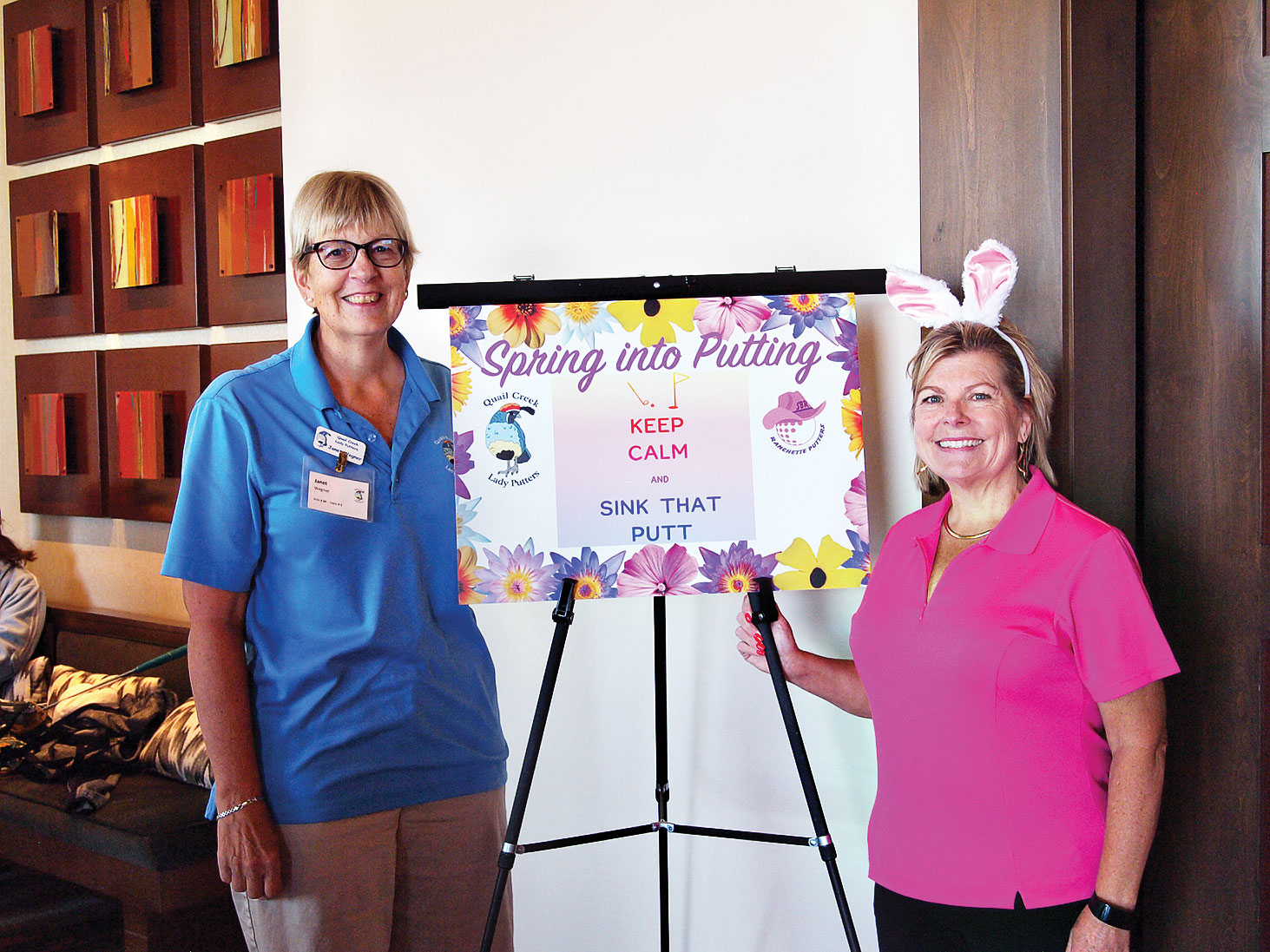 As is typical in April, the morning started out rather chilly and the gusty winds were ever-present but that did not stop the Lady Putters from Quail Creek and SaddleBrooke Ranch from having fun and sharing laughter.

The 52 putters from Quail Creek boarded the bus at 7:30 a.m. for the hour-long drive to SaddleBrooke Ranch where they were greeted with smiles, shouts of welcome and doughnut holes.

Once they were on the putting green both groups had the added challenge of a cold breeze as they putted all 18 holes. No home team advantage that morning. After the putting the ladies enjoyed a beautiful salad sliced chicken followed by gelato for dessert.

Not all the putting was serious. One of the holes required the ladies to putt using a plastic bat; another had a rock challenge, and small flower pots made pretty obstacles that the ladies had to putt around.