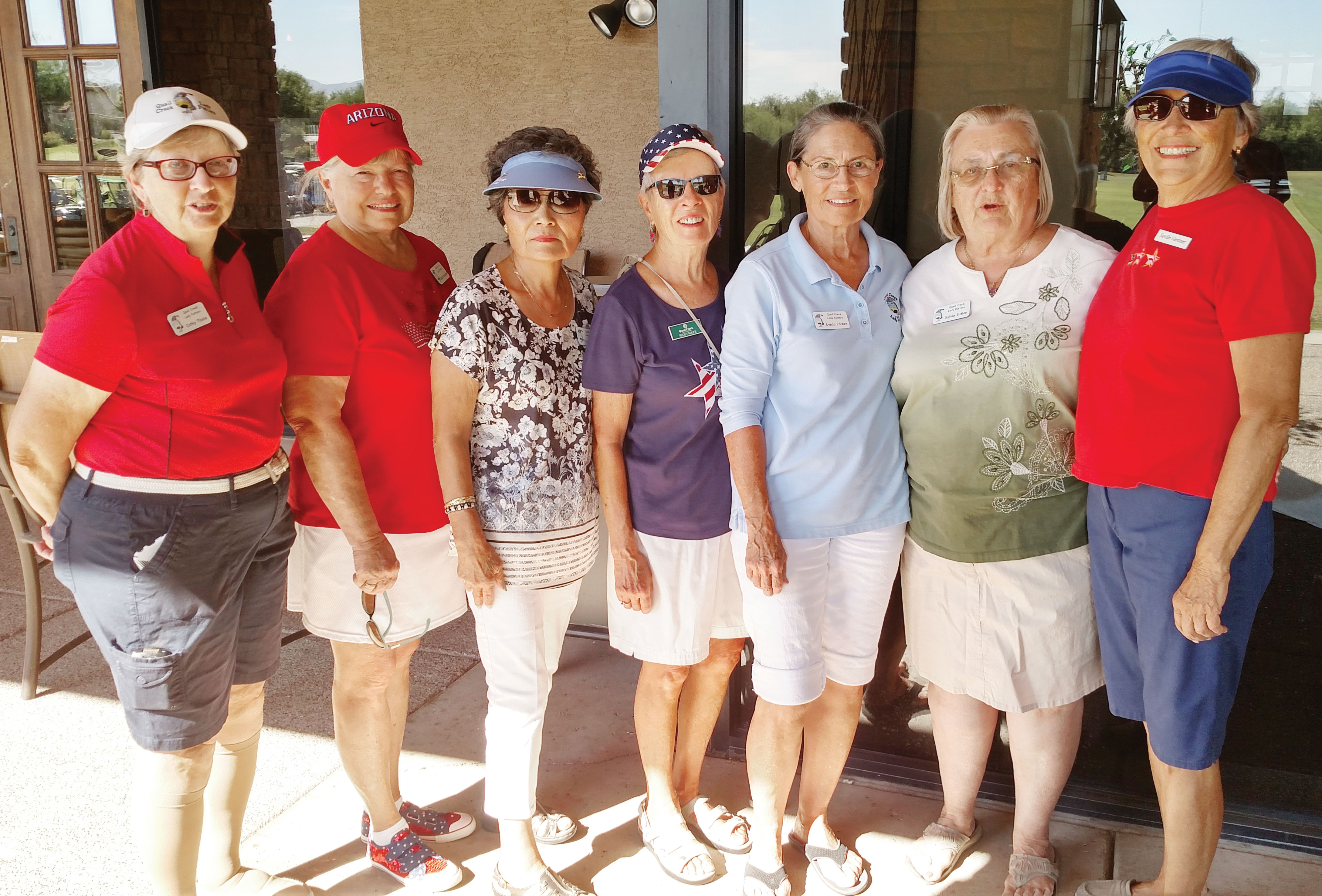 The Lady Putters will be celebrating their 15th anniversary later this year. From its humble beginnings in 2003 when there were approximately 25 members, the group now numbers 170 with new members joining every month. To keep the club running smoothly, it takes a core of non-elected volunteers. These six ladies work year-round to support the club.

Yoshie Hennessy is in charge of set-up, making sure that there are two volunteers each week to set up the course. Yoshie is one of the original members of the Putters and has not only helped with decorations and special events but also was in charge of scorecards and chips for several years.

Statistician Lynda Pilcher has been with Putters about three years. As treasurer, Lynda also holds an elected position. She volunteered to be treasurer because she thought it would be interesting and fun and knew she needed to keep her brain active! Lynda appreciates the fact that unlike golf, it doesn’t cost too much and you don’t have to sign up ahead of time (you just show up).

A relative newcomer to Putters, being a member for only 1.5 years, Saville Gardner assumed responsibility for Chips and Scorecards earlier in 2018. She hadn’t stepped up for any other activities prior to that time and thought it is about time to get involved.

Luncheon and Sunshine Chair Suzan Bryceland joined the Putters in 2015 and jumped in feet first by volunteering to co-chair Moonlight Madness that same year. As Sunshine Chair, Suzan sends out sympathy, thinking of you and get well cards to members. She said one of the reasons she joined was because no one took their scores seriously.

President from 2016-2017 and now Webmaster, Cathy Thiele joined four years ago to learn to putt a ball into the hole in two strokes. She has volunteered or chaired every special event at least once, including the recent Moonlight Madness.

A putter for over ten years, photographer Sylvia Butler became the self-appointed photographer in 2009 because she likes taking pictures. She recalls getting her first putter at the White Elephant for $5. She is not a scrapbook person so initiated the Shutterfly books for the retiring Presidents. She has helped on several other committees over the years. Sylvia works closely with Peggy McGee to keep the club in the news.

Peggy McGee joined the Putters in 2007 because her neighbors kept hounding her to join. She serves as an informal liaison with local charities that have benefitted from the Putters’ philanthropy over the years. A former president asked her if she would write up something about a donation to the Food Bank and she’s been writing ever since.

Each of the ladies says she enjoys meeting and putting with different people every Wednesday. The camaraderie is what keeps them coming back week after week.