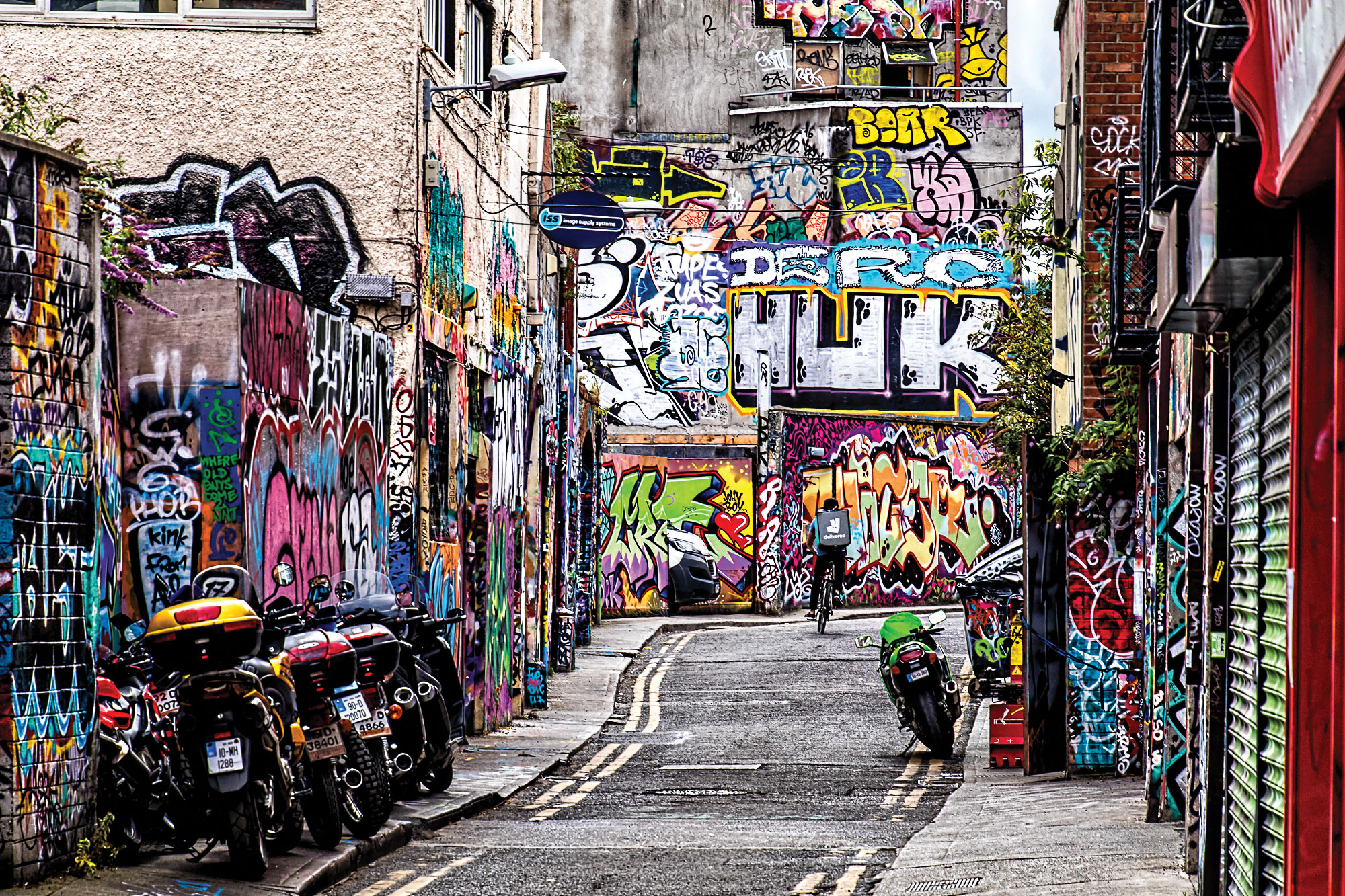 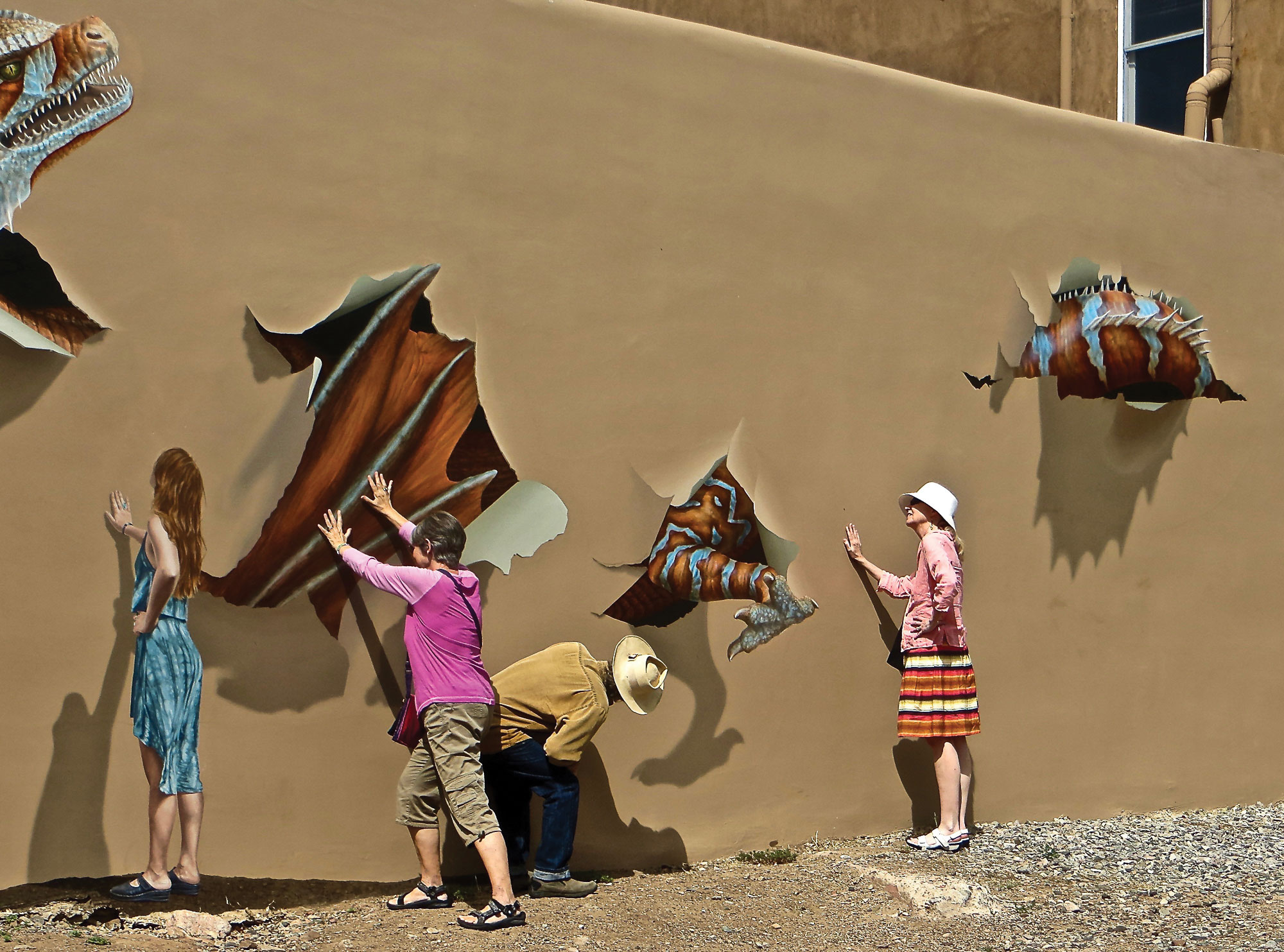 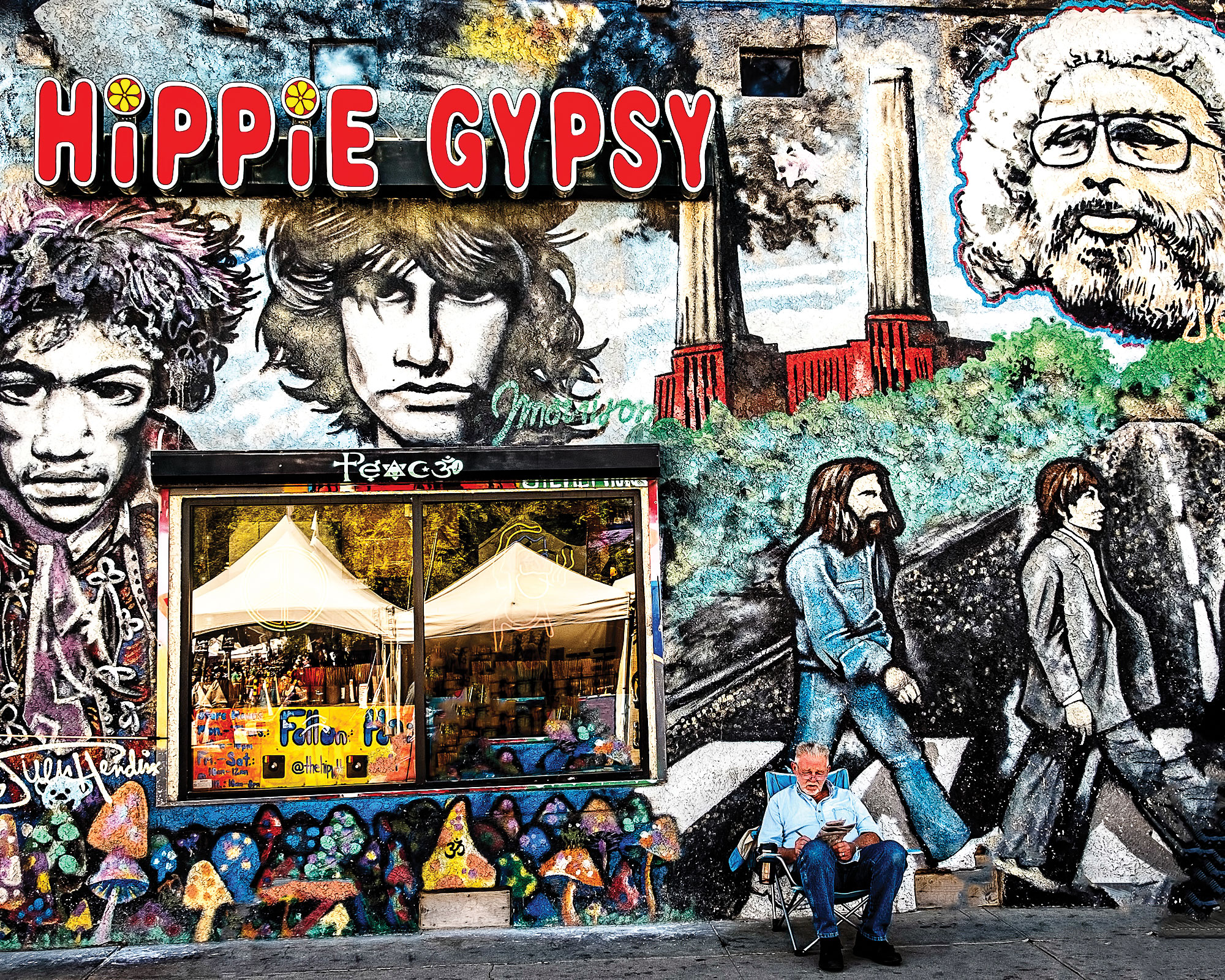 The Photo Club of Quail Creek continued into 2017 with its monthly members’ contest having a theme Street Art. Even with what many considered to be a tougher theme, it drew another large number of entries – we had 30 shots submitted by members, all of which can be seen on our Flickr site: https://www.flickr.com/photos/[email protected]/sets/72157687949173711

Jim Burkstrand won First Place with his photo Dublin Alley. Jim said, “My wife and I were in Ireland for a vacation in August. We were walking around Dublin and on our way to St. Patrick’s Cathedral when we spotted this alley. Every blank wall was filled with art of some form. The motorcycles added to the color and scale and the bicyclist helped it come alive. This area had other street art along the main street, but this alley stood out in its complexity.” The photo was taken with a Canon 80D with a Tamron lens, focal length of 87 mm, 1/160 sec, f/8.0, ISO 100.

Steve Piepmeier won Second Place with his photo Busting Out. Steve commented, “Street Art has always been a fascination and when we found this Trompe-l’oeil wall painting in Santa Fe, New Mexico we quickly posed a model similar to the painted figure and became part of transcending the illusion of reality by our purpose to mystify the photograph.” The photo was taken with a Canon PowerShot. It was shot at 1/1250 sec, f/4.5, ISO 100, focal length of 12 mm.

The photo Hippie Gypsy by Larry Phillips placed third. Larry said, “The photo was taken at the 4th Avenue Street Fair last March; 1/420 sec., f5.6, 18mm, 18-55mm lens, Fuji X-E2S camera. This is a mirrorless camera that is small and unobtrusive for street photography. For this type of situation, I leave my larger Canon 80D at home. With a smaller camera people don’t notice me as much when taking a photo. The wide angle was needed to include most of the wall. It was taken as a raw image and processed in Lightroom and Photoshop to increase the contrast and color saturation. I took this image because of the subject matter of the mural, the reflection in the window of vendor tents across the street and finally the gentleman sitting in the chair apparently oblivious to the noise and crowd around him.”