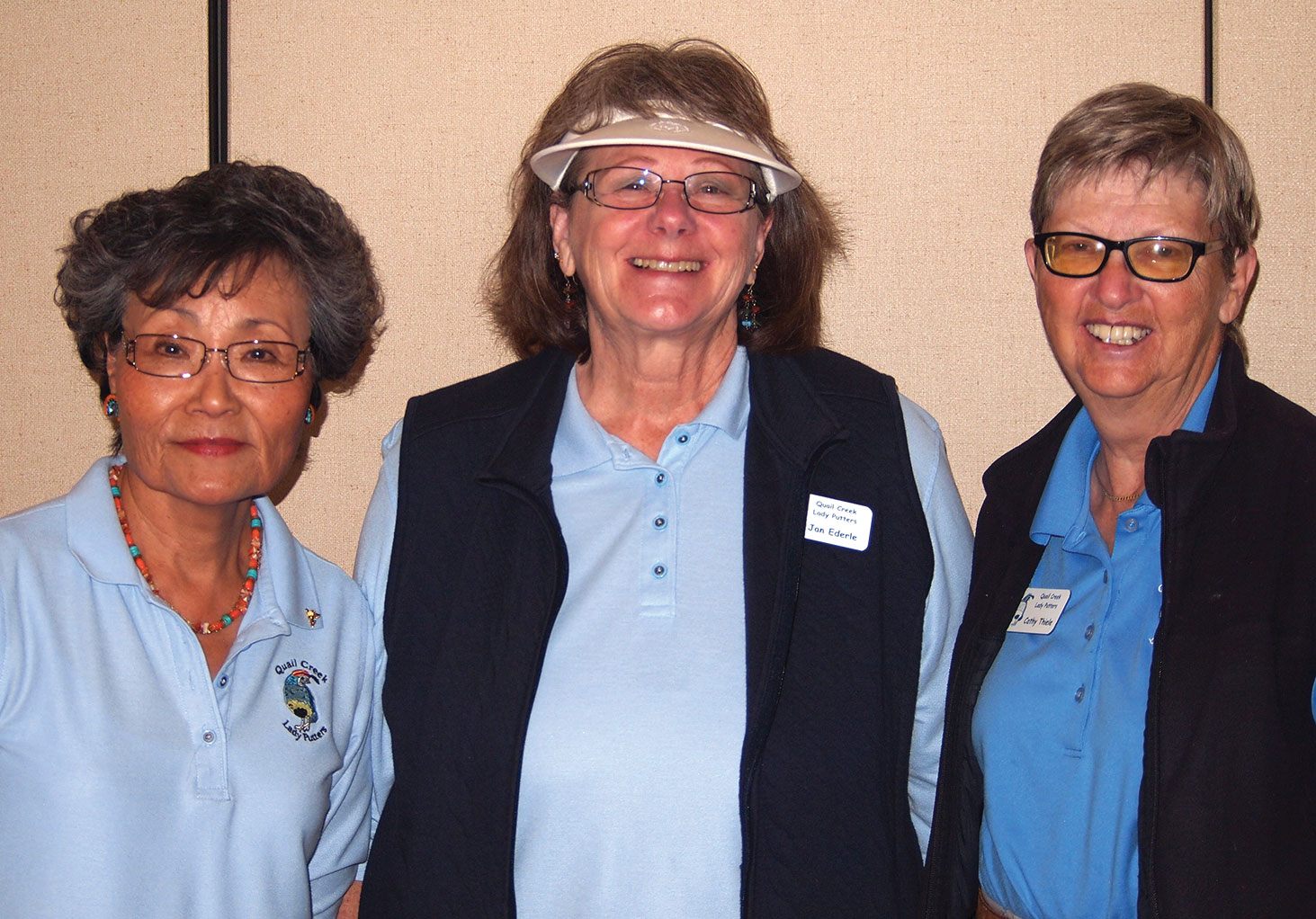 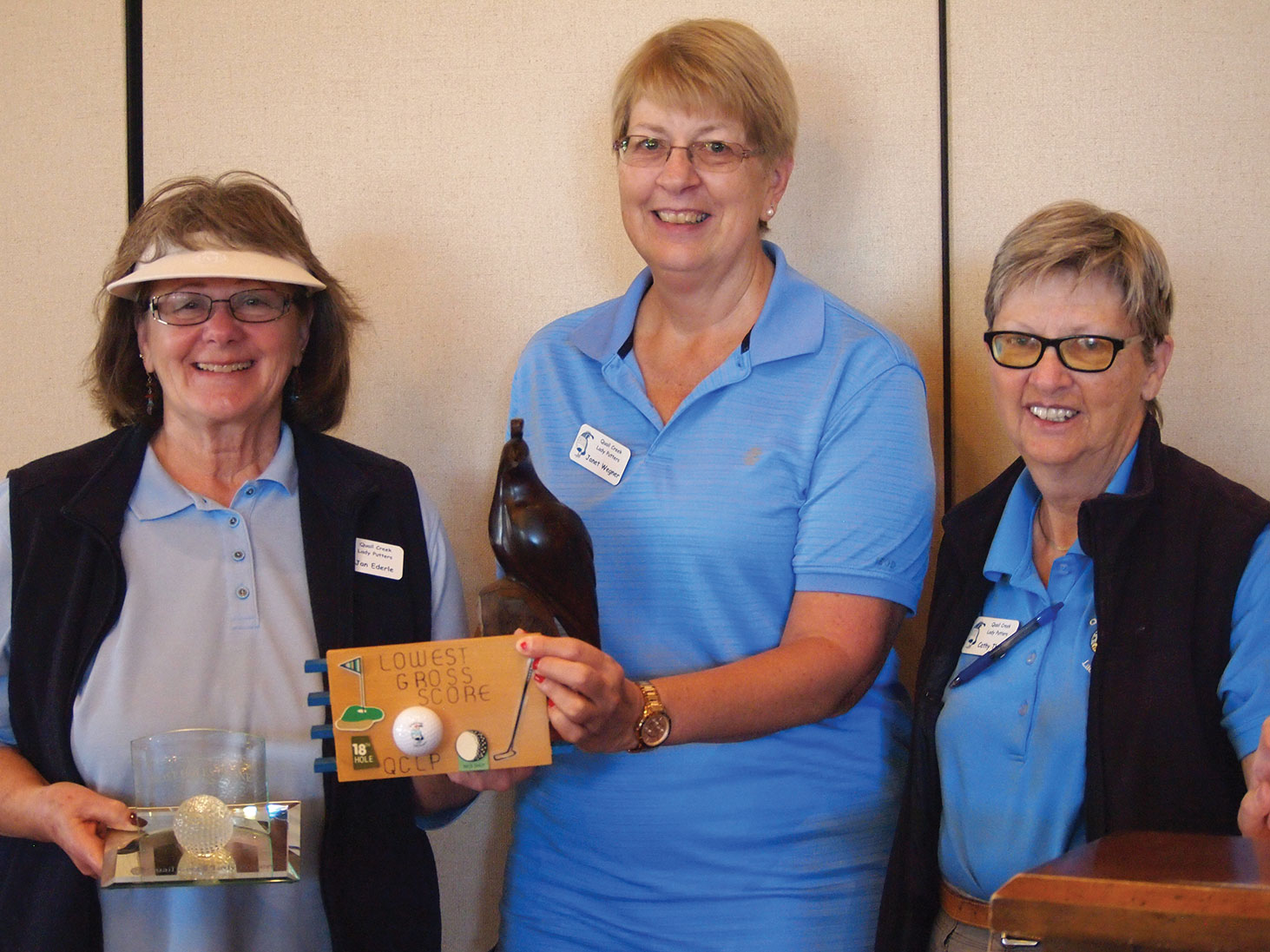 For their first luncheon in 2017, 77 Lady Putters enjoyed a Cobb Salad followed by a dessert of chocolate mousse topped with whipped cream.

For the second year in a row, one lady was recognized for having the lowest gross score with a 34, a low net score of 32 and 13 holes-in-one in a six-week period. Jan Ederle ended 2016 and started 2017 on a winning streak with the Lady Putters to achieve this recognition.

During the luncheon, Putters President Cathy Thiele announced the annual awards for 2016. Jan turned out to be the member with the lowest net score, maintaining an average of 34.73 throughout the year. With a repeat of 2015, Yoshi Hennessey had the most holes-in-one with 57.

Thirty-eight Putters received gift cards for $7 each for putting at least three times during the previous six-week period.

New members are welcomed to join the Putters any time during the year. Just come to the back patio of the Madera Clubhouse at 9:30 a.m. on a Wednesday. Annual dues are $15. There is also a $1 weekly fee, part of which is returned in the form of a gift card if one putts the minimum number of times and attends the luncheon which is scheduled every six weeks throughout the year.

For more information on the club, please visit their website at quailcreekputters.com.