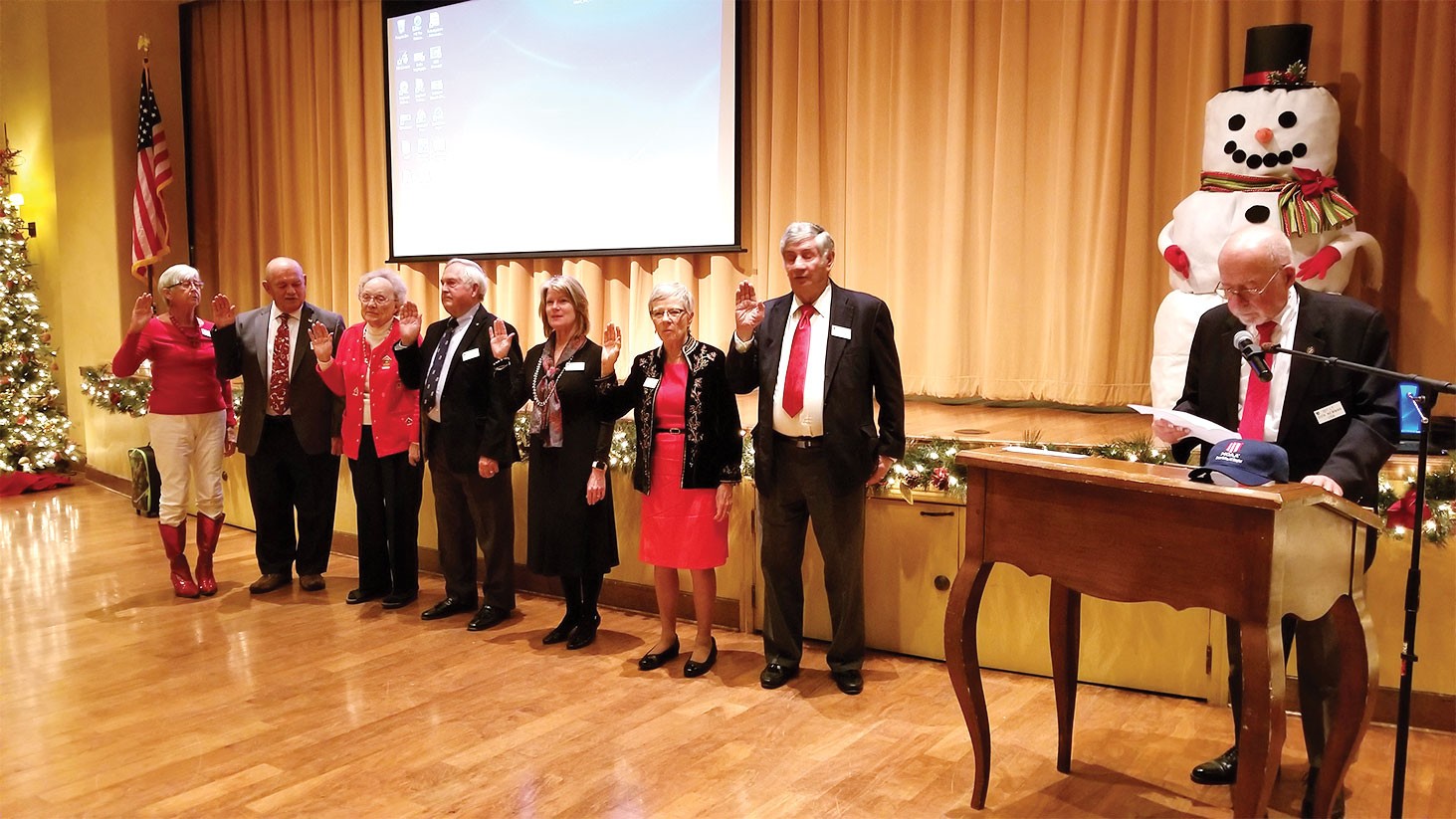 Six Quail Creek residents were elected to the Green Valley Chapter Military Officers Association Board of Directors to serve terms beginning on January 1. Elliott Jones will be the first Vice President for Membership and Peggy McGee second Vice President responsible for Programs as well as Public Relations Officer. Jadine Hilt will serve as Secretary and Myra McCune as Treasurer. Marianne Rogers Faust will wear two hats, one as JROTC Coordinator and the other as Historian. John Chernoski was reelected to serve as Legislative Affairs Officer. Other officers on the Board include Joe Longo, Chapter President; Jim Rundlett, Personal Affairs Officer; Dick Kosnick, Employer Support for Guard and Reserve Representative; Kelly Galvin, Transition Officer; Linda Kosnick, Chaplain; and Betty Eby-Deardorff, Surviving Spouse/Auxiliary liaison. Outgoing Chapter President Jim Knox will serve as President of the Scholarship and Military Assistance Fund assisted by Hilt, McCune and McGee.

The mission of MOAA is to foster fraternal relations among retired, active and former officers of the uniformed services; to provide useful services for and protect the rights and interests of Association members, their dependents and survivors; serve the community and the nation; and instill and stimulate love of country and our flag.

The Chapter holds luncheon and dinner meetings six times during the year at Quail Creek. The next event is a luncheon on January 16 with a social period beginning at 11:30 a.m. See the December Crossing for details. Annual dues are $25 for military members and $15 for spouses.

To learn more about the Chapter or download a membership application or luncheon reservation form, please visit their website at GreenValleyMOAA.org.