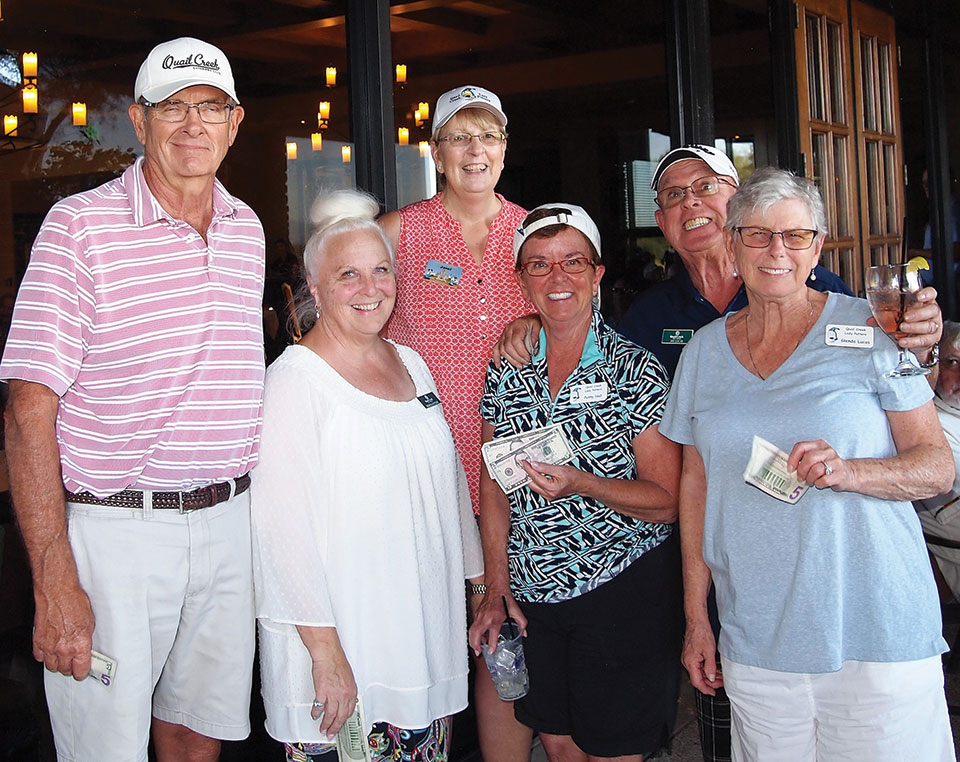 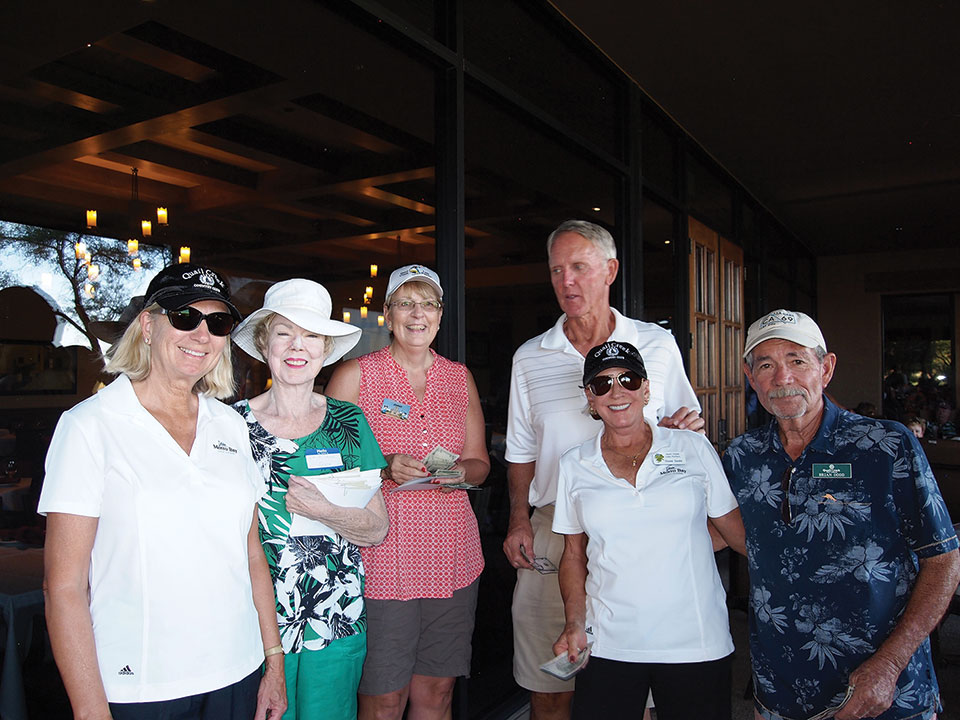 In the heat of the afternoon, 90 men and women showed up for the annual Lady Putters Battle of the Sexes competition. And a battle it was with the men being the victors—again! The men’s composite score was 1794 and the ladies 1879.

The most challenging hole was a fun hole using a child’s plastic golf club and plastic ball. While no one got a hole-in-one for that one, 59 putters scored a hole-in-one during the event and each received $2 total whether it was for one hole-in-one or several.

With a combined score of 232, Diane and Brian Dodd, Mary and Charlie Anderson and Lynda and Ron Pilcher were on the 1st Place team. Each received $10. The 2nd Place team, Patty and Jim Hall, Glenda and Jay Lucas and Marcia and Rick Sutton each won $5 each for their score of 234. Marty Wibbenhorst had the low score for men with a 32 and for the women, Julie Daines had a 36. They each won $10 for their achievement.

This annual event always chooses a charity to be the recipient of the 50-50 raffle. This year the newly opened PTSD Unit at the Tucson VA Hospital will be getting $175 which will be used to buy crafts items and soothing music CDs. Putter Diane Gordon won the other $175.