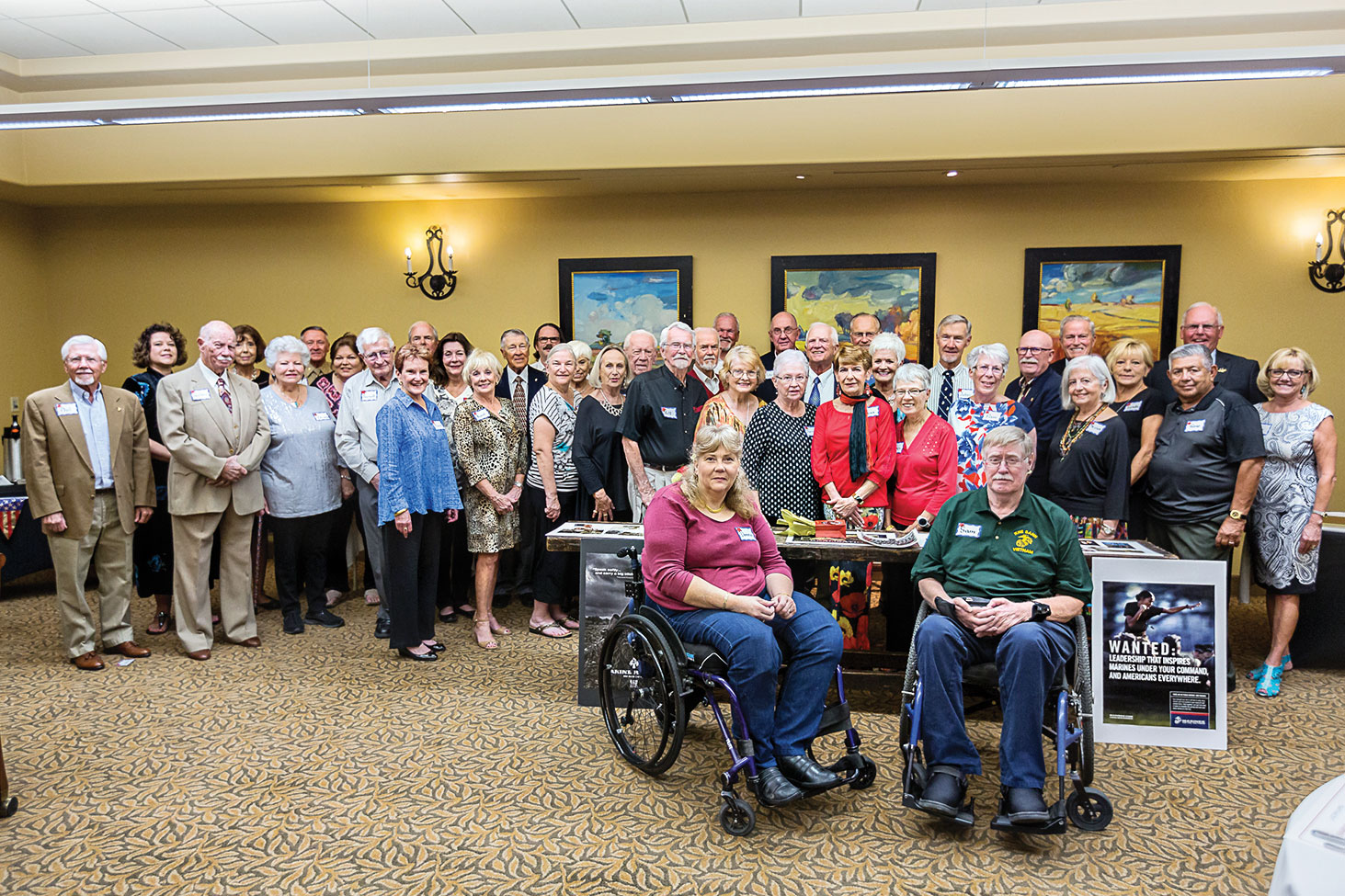 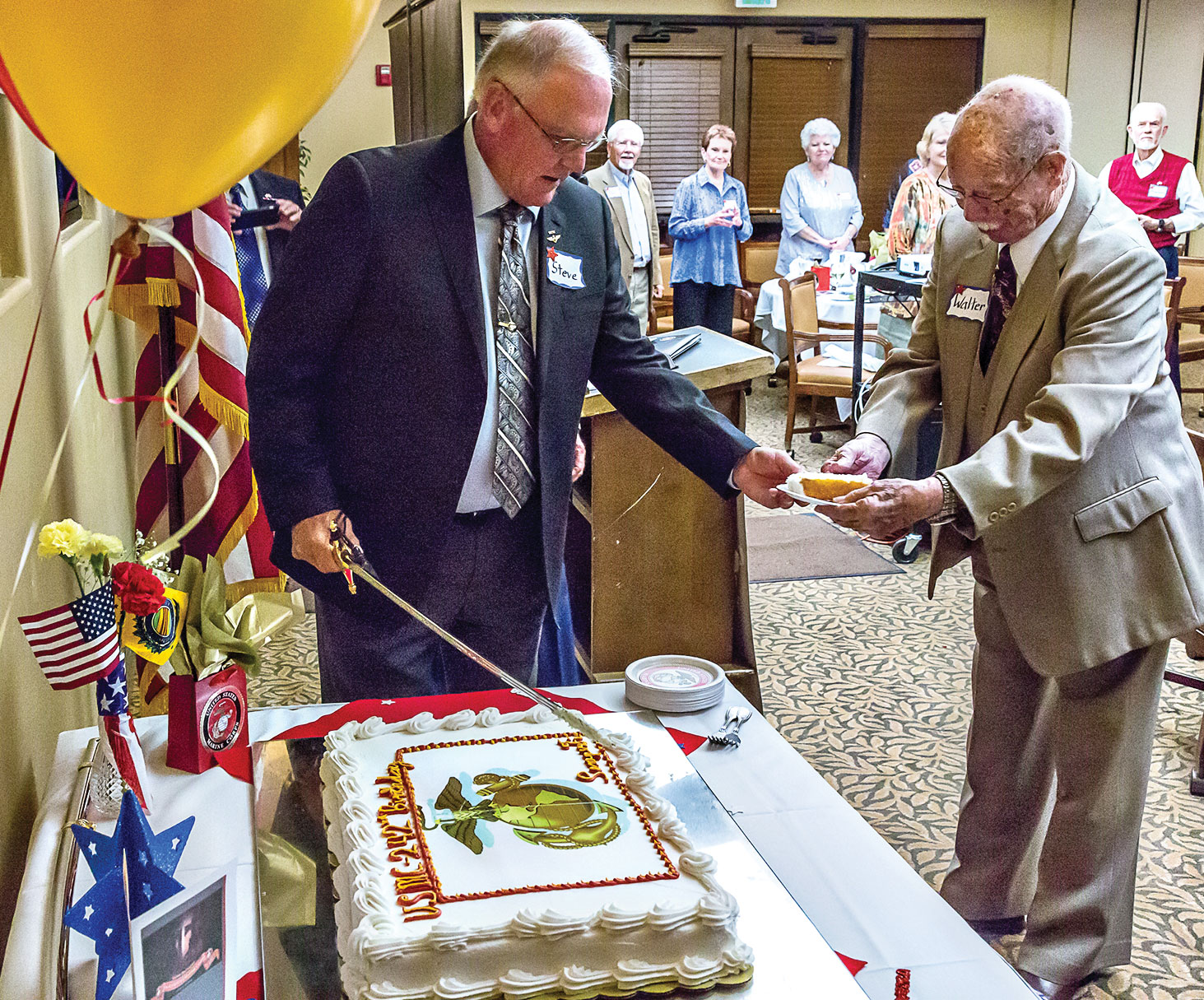 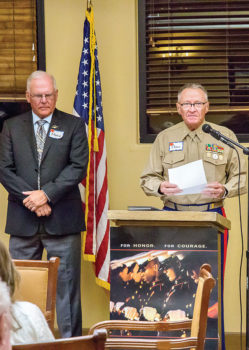 In keeping with an age-old U.S. Marine Corps tradition, the Marines of Quail Creek held a 242nd Marine Corps birthday dinner event at the Madera Clubhouse on November 10. It symbolizes a profound renewal to Faith, Family, Country and Corps. The dinner and ceremonies were attended by 42 participants. The master of ceremonies was Major Dave Carver. Colonel Steve Sanford was the senior Marine aboard and cut the specially made cake with an officer’s Mameluke Sword for the traditional ceremony of giving the first piece to the oldest Marine, who then passes it to the youngest Marine, thus passing on the knowledge and customs to the young. There were two oldest Marines, Staff Sergeant Walt Sims and Sergeant George VanVleet (both young at 90), the youngest Marine, Sergeant Chuck Gorley (only 58). Ed Robson sent the following:

A short note to let you know that I’m thinking of you and most importantly, what November 10 means to every Marine. It means never forgetting what our history is and remembering those who are not with us, as well as the importance of our symbolic greeting “Semper Fi.” Semper Fi to all of you,” Captain Ed Robson.

Quail Creek Marines (Semper Fi Club) will continue this tradition every November 10. Join the celebration in 2018. Please email [email protected] to be placed on the distribution list. A big thank you to Colleen Aldridge, Epi Torres and Daryl Laux of the Robson team.