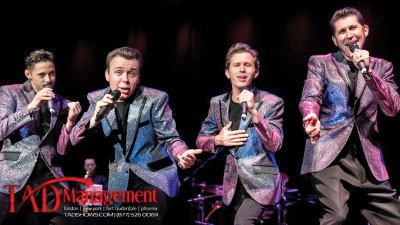 In 1962, the group released its first album, featuring the single Sherry, which was not only their first charted hit but also their first number-one song. The Four Seasons followed up Sherry with several million selling hits, including Big Girls Don’t Cry, (their second No. 1 hit), Walk Like a Man, (their third No. 1), Candy Girl and several others. From 1962 to early 1964, only The Beach Boys matched the Four Seasons in record sales in the U.S.