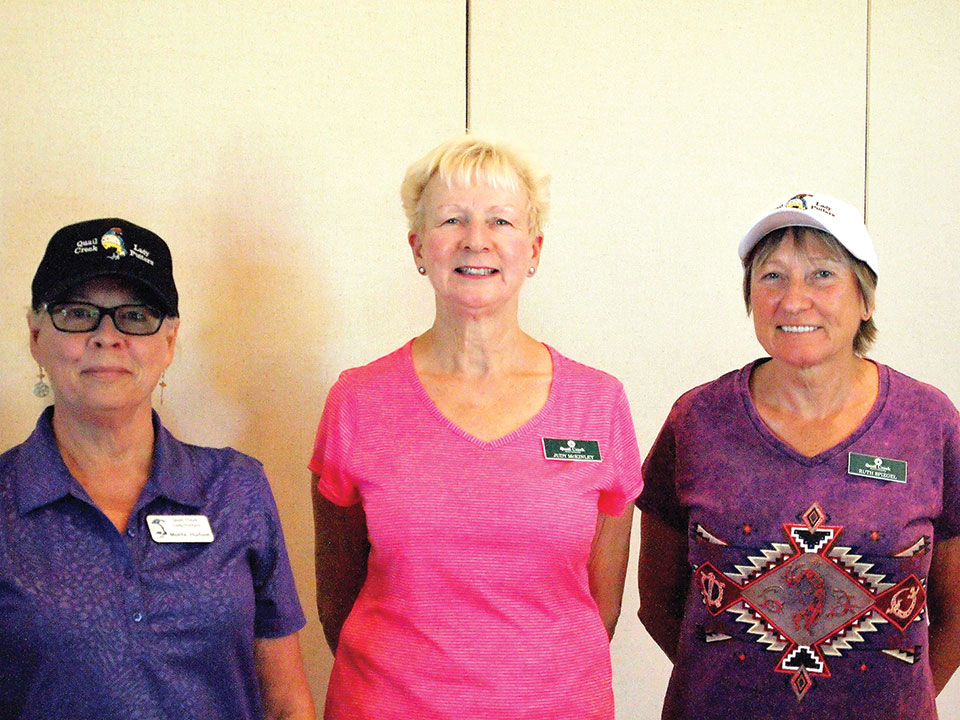 Left to right: Monte Hudson, Judy McKinley and Ruth Spiegel each scored under 40 in their first month as Putters; photo by Sylvia Butler 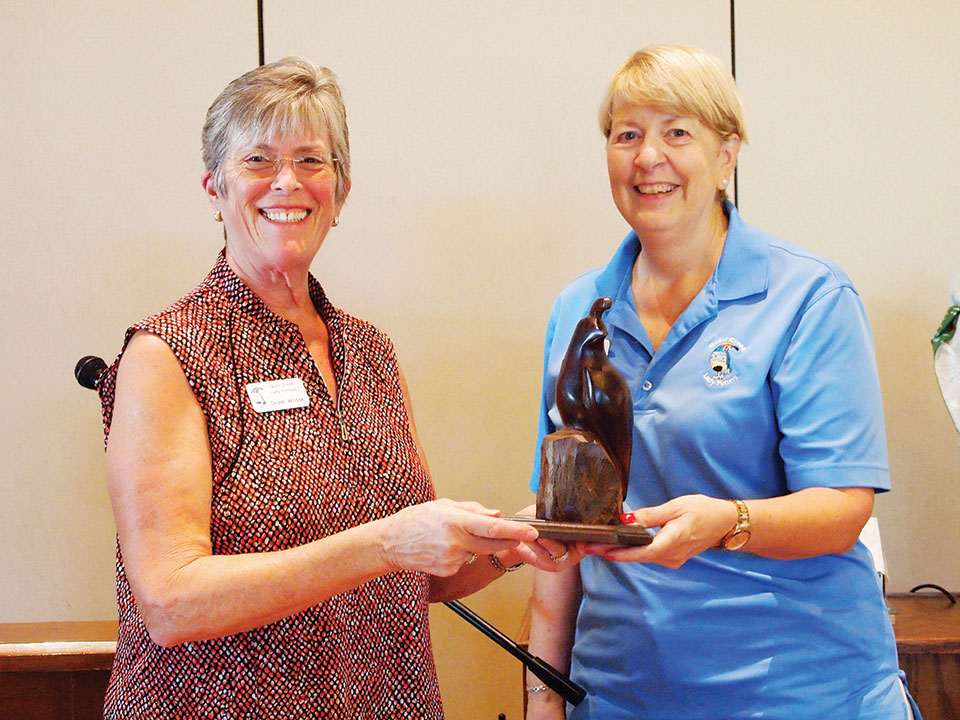 Diane Wilson (left) is awarded the Coveted Quail by Janet Wegner for her Low Net score of 30.0; photo by Sylvia Butler 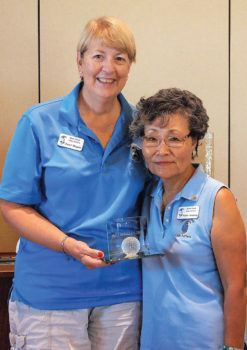 Although the weather was more like summer than fall, the Lady Putters still marked the official end of summer on October 18 with their final brunch of 2017. Seventy ladies putted on the newly opened greens that were much slower than usual, resulting in groans as the ball stopped short of the hole.

After putting, the ladies adjourned to the ballroom for the business meeting and a delicious Asian Chicken salad followed by a mixed berry parfait.

While no one got a hole-in-one on the Mystery Hole, 16 were recognized for their putting achievements. Diane Wilson scored a Low Net score of 30.0 while Marci Yenerich had the lowest Raw Score of 37.3. Yoshie Hennessy was back in true form and managed to score eight holes-in-one.

New putters Monte Hudson, Judy McKinley and Ruth Spiegel each scored under 40 for the first time. Achieving new lows of 36 and under were Barbara Hibler, Kathy Weede, Janet Wegner and Judy Weyers with a 36. Getting down to 35 were Patti Giannasi, Patti Ann Jackson and Margaret Pahoresky. Monica Karpowicz scored 34; Kaye Siblik a 33 and Yoshie Hennessy a 30. Joyce Walton was the lone one Money Hole winner during the six-week period.