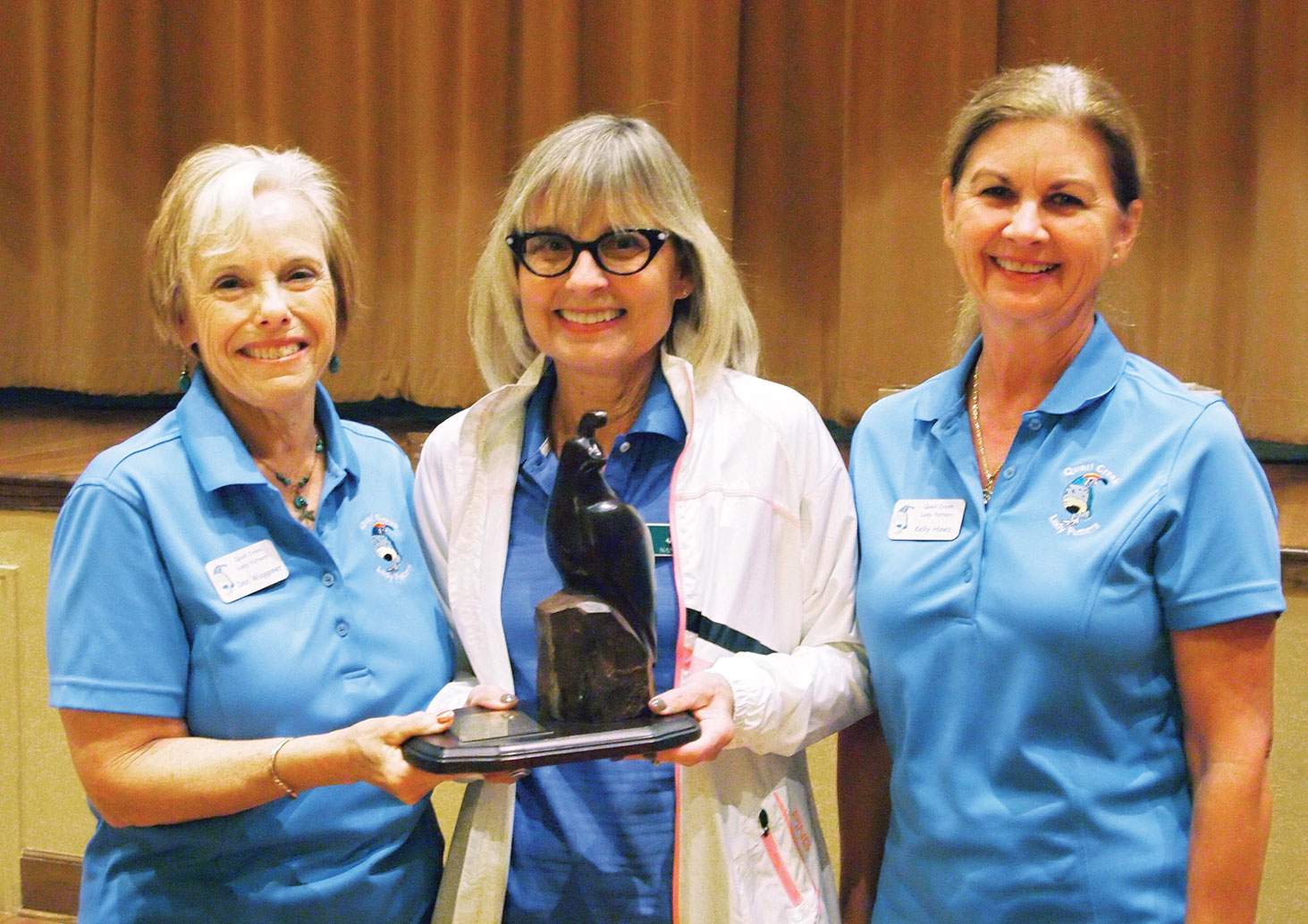 Left to right: Past President Dee Waggoner presents the Coveted Quail to Nancy Resnick for having the lowest net score for the six week period while Vice President Kelly Hines looks on; photo by Sylvia Butler. 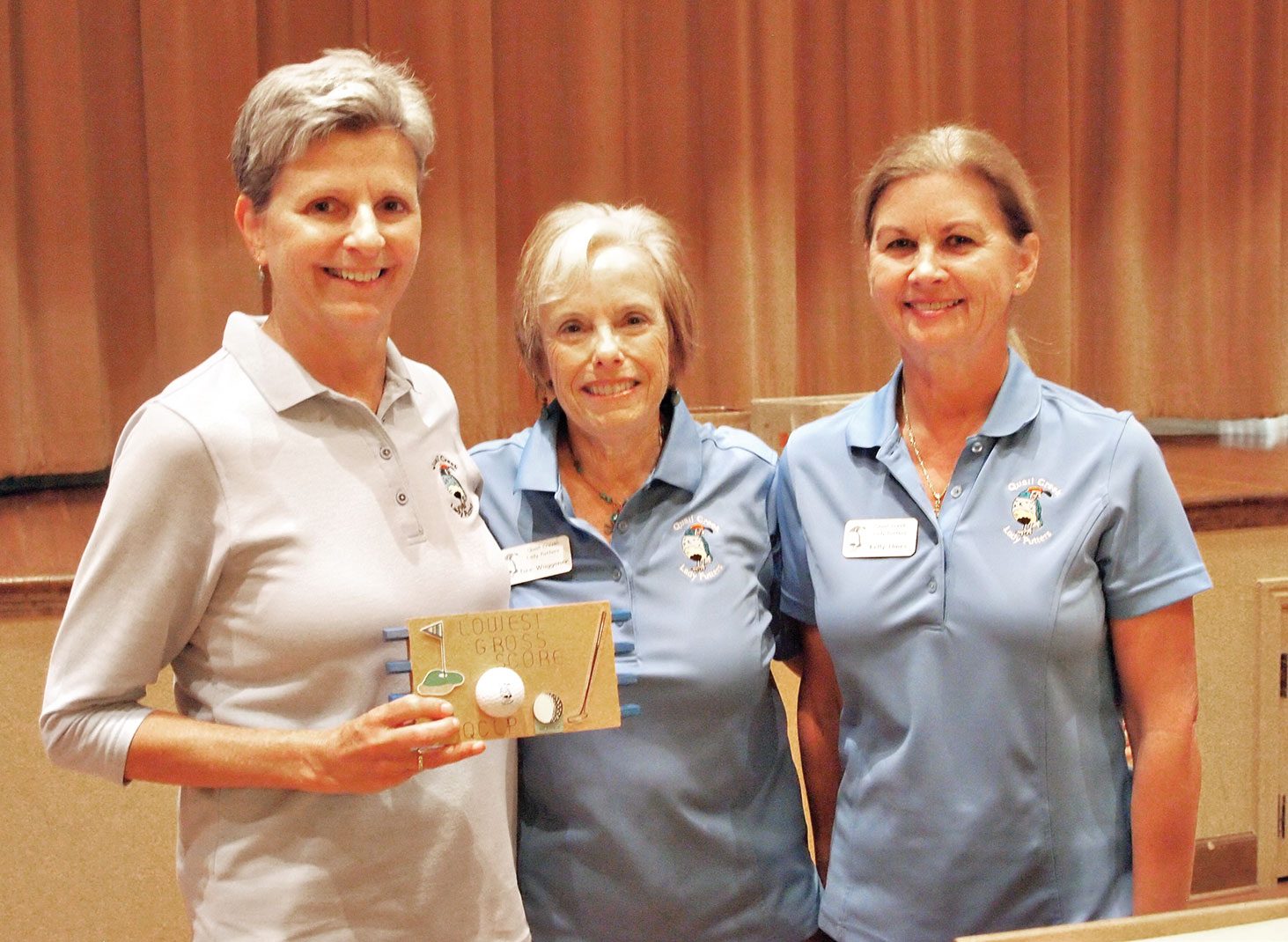 Left to right: Former Putters President Dee Waggoner and Vice President Kelly Hines present the Crystal Golf Ball to Mary Anderson for getting the most holes-in-one; photo by Sylvia Butler.

The morning started off cool but it warmed up to be a very sunny day by the time the 72 Lady Putters had finished putting their 18 holes. After they had played, the ladies moved to the clubhouse to celebrate another six weeks of great putting. They feasted on a turkey holiday sandwich with a grilled vegetable salad. They finished their meal with a cherry cobbler topped with vanilla bean ice cream.

Getting the lowest score for the six week period was Lou Moultrie with a 34.75. Lou was presented the Low Score plaque for her achievement. Nancy Resnick received the Coveted Quail for having the Lowest (Average score minus handicap) Net score of 30. Mary Anderson earned the Crystal Golf Ball for the most holes-in-one for the period with 15. Recognized and earning $5 each for getting a hole-in-one for the Money Hole were Frannie Vanselow, Dee Waggoner and Lois Williams.

A real cause for celebration for the group occurs when one gets a score below 40 for the first time. Mary Haggart with 39, Nancy Resnick and Joan Wade with 38 and Bev Mannering and Shirley Johnson with 37 all achieved the feat.

The club got a new board member when Deb Anderson graciously volunteered to fill the secretary position for the balance of the two year term ending in December 2016.