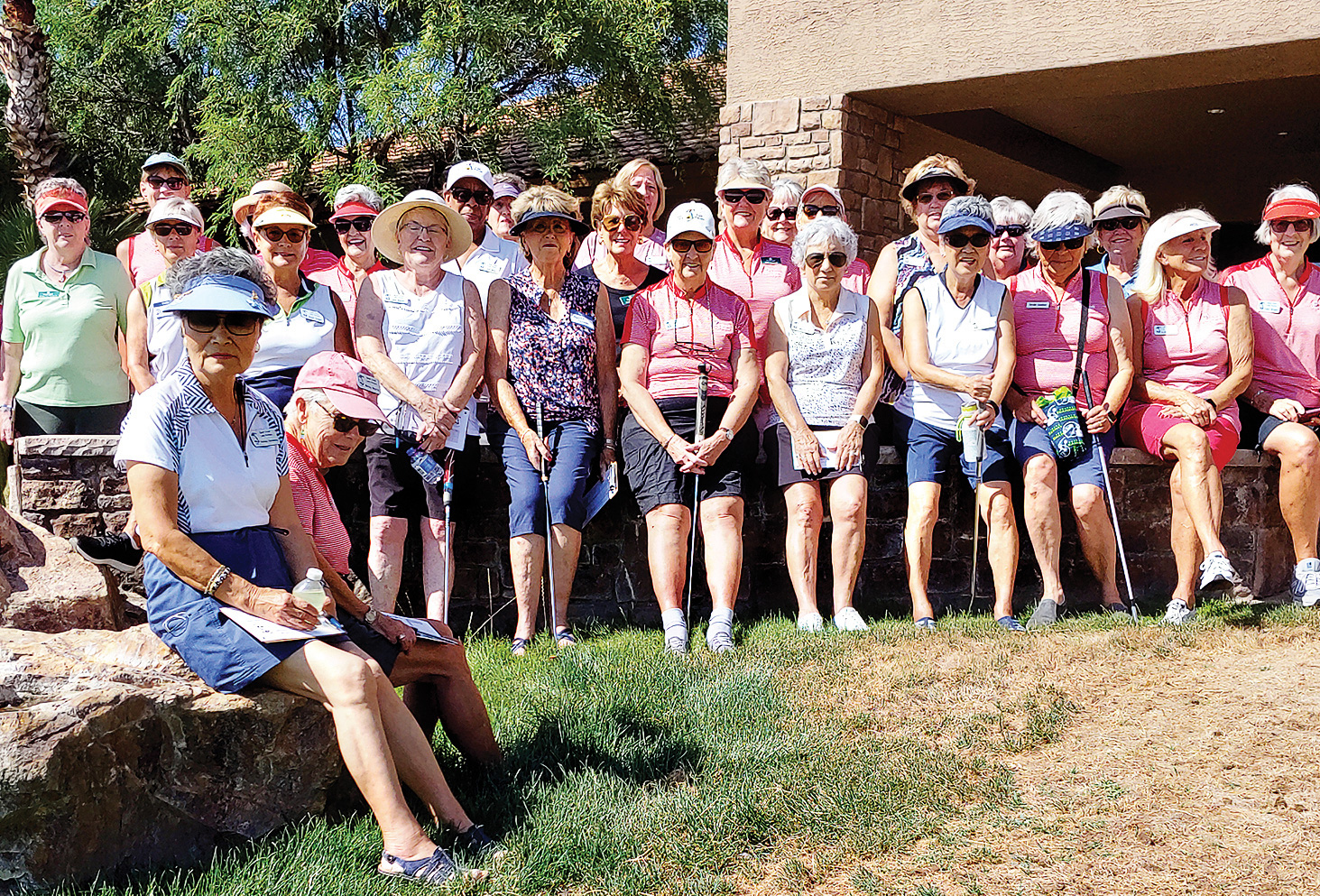 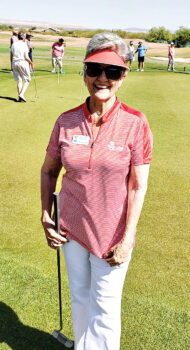 Alma Cavaletto was the first to get a hole-in-one when the Lady Putters resumed play on June 2. (Photo by Janet Wegner 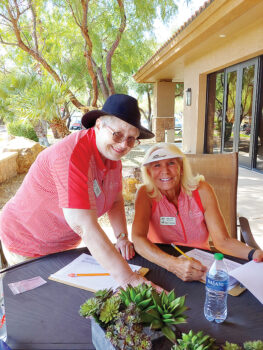 After an almost 15 months wait, the Lady Putters were finally able to meet again to putt as a group. It was a very joyful morning when ladies who had not seen one another for over a year were able to exchange hugs and smiles as they gathered on the green. Thirty women braved the heat just for the opportunity to see their friends—and hit that unpredictable ball.

Some of the women had practiced on their own or had kept up their putting skills because they were members of one of the Quail Creek women’s golf groups. But the majority confessed that they had not touched their putters since March 2020. But amazingly, there were 48 holes-in-one and 11 ladies got scores of par or better. Both Carol Sheppard and Randi Kauppi earned scores of 32. Alas there were four scores of 4, the highest score a Lady Putter can get per hole.

Spoiler alert: the putting green is closed for renovation so the ladies were forced to putt on the chipping area green, for which the putts were generally shorter.

Because of the reduced putting area where each hole was played twice, the ladies were not asked to pay the usual $1 fee, but there was also no money hole—the hole deemed to be the most difficult and for which those getting a hole-in-one earn $5.

The Lady Putters will continue to meet on the modified green until the regular green reopens after overseeding is completed in the fall. The group always welcomes new members. No early sign-up is required. All you have to do is show up on the back patio of the Madera Clubhouse at 8:15 a.m. on a Wednesday. Should you decide to join, the annual dues are $20.

For more information on the Lady Putters, visit quailcreekputters.com.