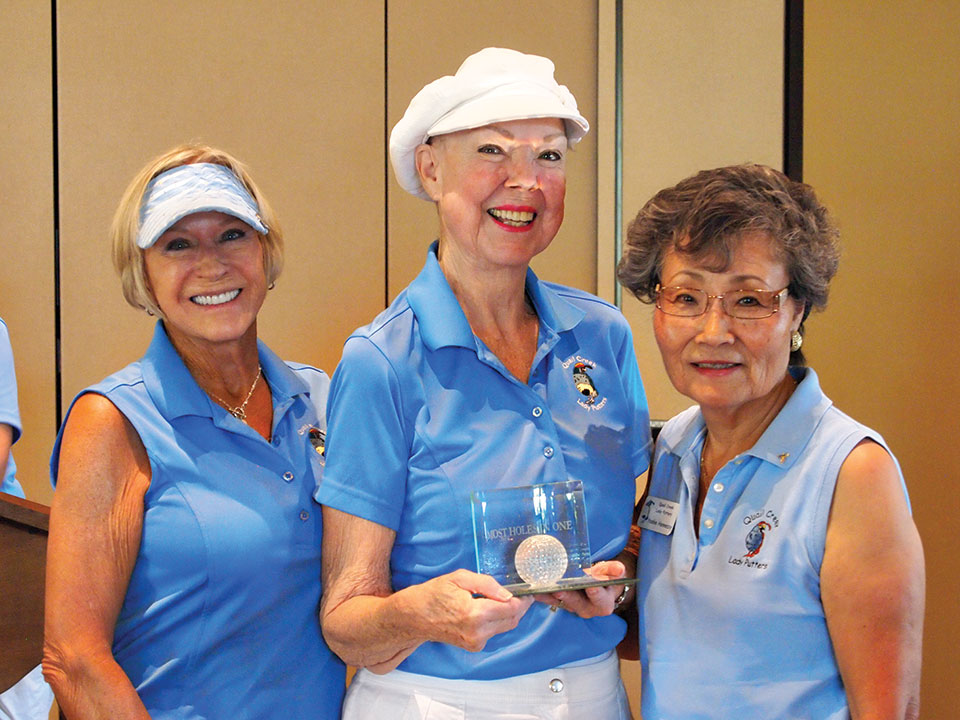 Joyce Walton holds the Crystal Golf Ball plaque flanked by Diane Dodd (left) and Yoshie Hennessy. Each will be able to take the plaque home for three weeks to show it off to family and friends; photo by Sylvia Butler. 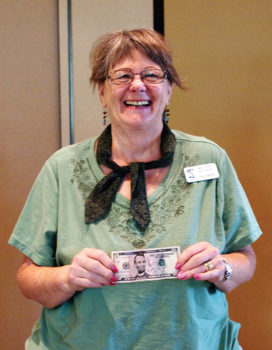 Jan Ederle is all smiles as she holds on tightly to her $5 bill; photo by Sylvia Butler. 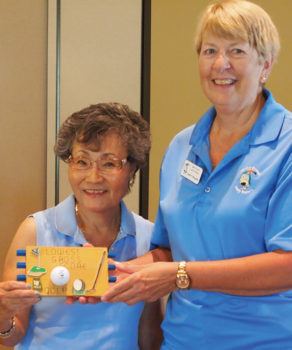 With the heat, attendance was sparse at the putting session on June 7. Most teams had only three players who showed a lot of enthusiasm and shared many laughs — and a few groans — when the ball did not cooperate!

After putting, the ladies adjourned to the coolness of the clubhouse for a spinach quiche brunch with a refreshing raspberry sherbet for dessert.

After a short business meeting, the awards were announced. Vicki Mahr was awarded the Coveted Quail for a low net score of 32.5. This was the first time in her many years of putting that Vicki earned this honor. Unfortunately, Vicki was out of town so not available to receive her award which is being held in safe keeping until her return. Yoshie Hennessy, with a score of 38, had the lowest score for the six-week period.

Jan Ederle got a hole-in-one for the mystery hole on the day of the brunch. There was a three-way tie for the most holes-in-one since the previous awards ceremony. Diane Dodd, Yoshie Hennessy and Joyce Walton each got six. Patti Baker and Susan Writer were the only ones who got a hole-in-one on the money hole during the period with each winning $5.

At the end of the meal, 27 putters received gift cards for $6 each for putting two out of four weeks and attending the luncheon.