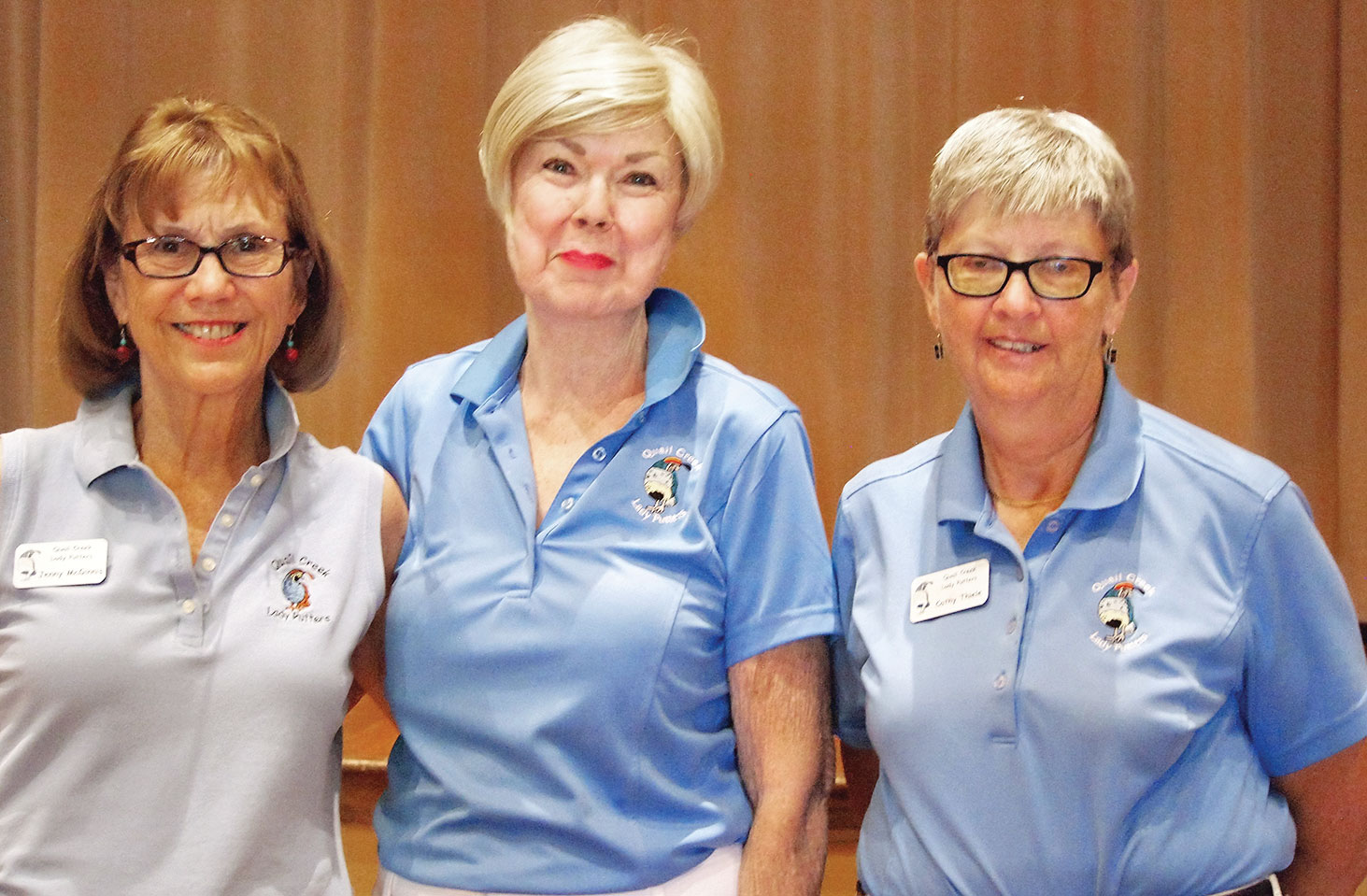 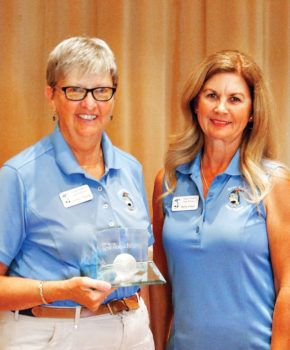 Cathy Thiele is all smiles as Kelly Hines, Putters vice president, presented her with the crystal golf ball for having 12 holes-in-one; photo by Sylvia Butler 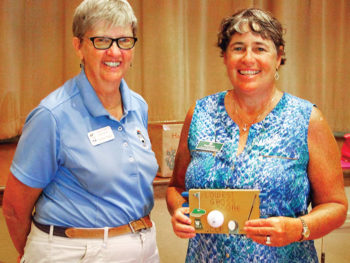 Cathy Thiele congratulates Linda Weissman who is holding the plaque she received for having the Lowest Gross Score between June 15 and August 24; photo by Sylvia Butler

The Lady Putters gathered together on August 31 for their final brunch of the summer. Prior to the meal, they met on the 18-hole putting green, where they once again braved the heat and humidity that seemed to hang around even as monsoon was drawing to a close. They cherished the occasional breeze.

Once inside the air conditioned Madera Clubhouse, they enjoyed ham and asparagus crepes with roasted breakfast potatoes with onions and peppers. A macadamia nut cookie made for a delicious light dessert.

Diane Dodd with a Low Net score of 30.75 was awarded the Coveted Quail while Linda Weissman, with a score of 36, was recognized for having the Lowest Raw (Gross) Score. Getting an astounding 12 holes-in-one was Putters President Cathy Thiele. Cathy got to take home the crystal golf ball.

Because attendance had been relatively low since the June brunch with mainly the regulars playing every week, there were no new putters who earned a score of 40 and under for the first time and no new lows for 36 and under.

The ladies who attended the brunch and who had putted five of the eight times since the June 15 brunch each received a Quail Creek gift card valued at $6.75.

Now that the mornings are cooler, the club expects to see many of those who traveled to cooler climes to return to the putting green. Non-members are encouraged to try out the Putters by coming to the putting green by 8:00 a.m. every Wednesday in October and 9:30 a.m. starting on November 2. Those desiring to give putting a try should bring one ball, a putter and $1 for the green fee. No denim allowed.