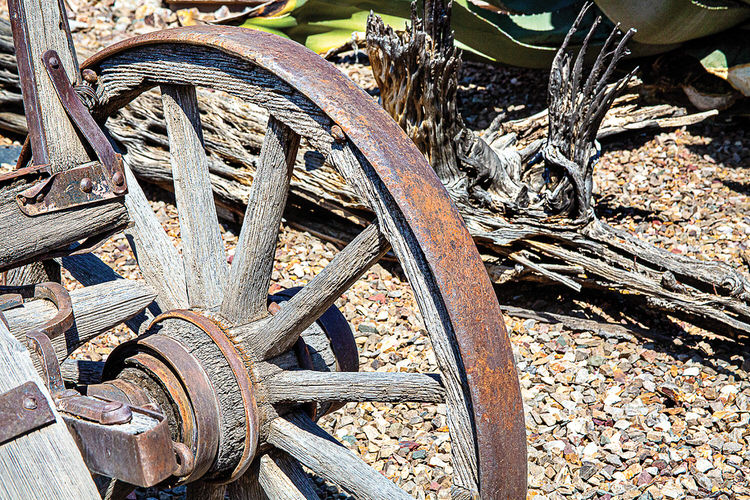 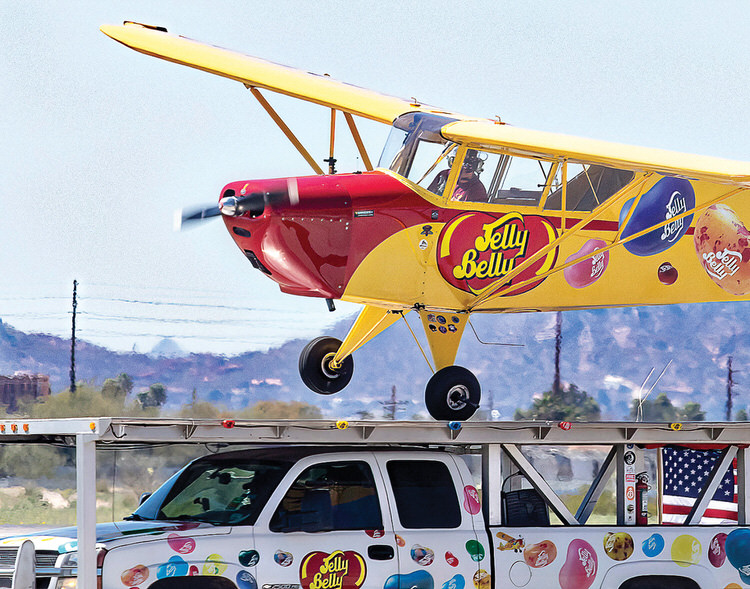 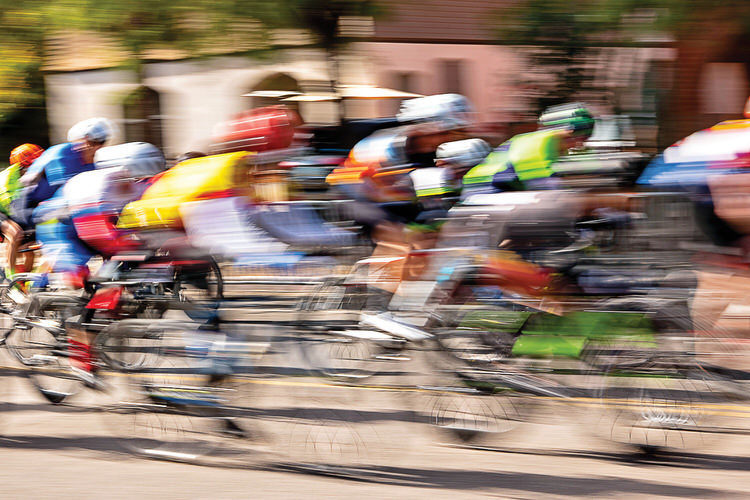 First place went to Jeff Krueger for Wild West Wheel. Jeff mentioned, “I normally don’t enter the photo contest as I’m on the club board, but I was at a friend’s house, and he happens to have a unique antique old west wagon frame in his front yard. When I realized the June contest theme was “Wheels,” I thought it might be fun to take some shots. This image was shot at a fairly wide-open aperture, and a higher shutter speed to create a shallower depth of field. The sun was behind me, which brought out the texture of the wheel and the frame. I shot several images at different angles, and this one allowed for some background without any of the house in the frame.” Jeff used a Canon EOS 5D Mark III, f/14 (aperture), 1/1600 second (shutter speed), focal length of 85.0 mm, and ISO 1250 (sensitivity to light).

John Tubbs placed second place with his artful Sprint to the Finish. John and his wife were about a hundred yards from the finish line of the 2019 Tour de Tucson bicycle race. After the leaders crossed the line, a large group of riders came in together, all sprinting for the finish. John shot the scene to get a sense of motion with blur, with enough clarity to recognize the subject. He panned the group using a slower shutter speed, and without focusing on any one rider, hoping to capture the riders speed, colorful racing gear and bikes, and competitiveness. He used a Leica Camera A, f/13, 1/25 second, focal length of 56.0 mm, and ISO 100.

Tricky Landing was the third-place winning photo submitted by Jim Burkstrand, shot on March 23, 2019, while at the Davis Monthan (DM) Air Force base in Tucson. He attended the Thunder & Lightning Over Arizona air show, which showcased a group called Jelly Belly who demonstrated landing a plane on top of a moving truck. Jim shared he was right on the flight line, so was able to capture a series of shots with his Canon EOS 80D as the pilot touched down, bounced, and landed on the moving truck. The post-processing was all done in Lightroom, making a few adjustments to the tones, followed by a little sharpening. Shooting parameters included f/5.6, at 1/1000 second, focal length of 285 mm, and ISO 200. This event is a photographer’s dream; the next one is Nov. 6 and 7 at DM.

The Photography Club of Quail Creek sponsors several opportunities for club members, such as monthly and quarterly photo contests, field trips, access to extensive photography resources, and timely presentations during our monthly meetings. Consult our website at www.pcqc.org and the HOA What’s Happening for additional information. You can also view photos at www.pcqc.org and look for the Flickr link.