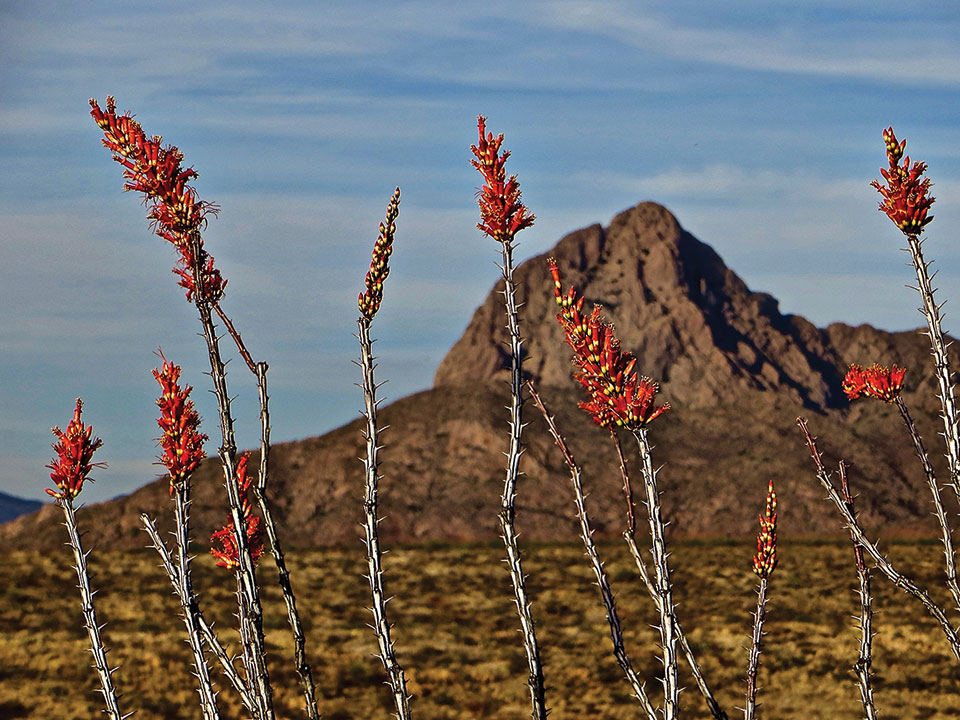 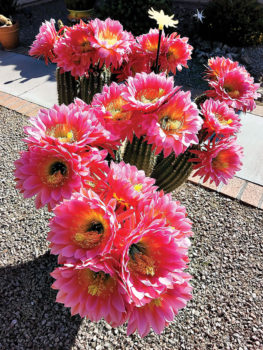 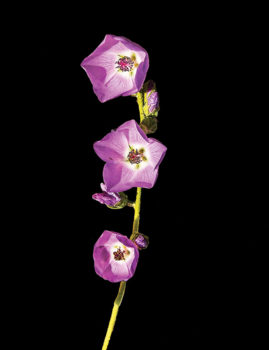 The Photo Club of Quail Creek continued into 2017 with its monthly members’ contest having a theme Plants and Flowers. This month it drew another large number of entries – we had 42 shots submitted by members, all of which can be seen on our Flickr site: https://www.flickr.com/photos/[email protected]/sets/72157686115855015/with/35459407140/

Larry Phillips won First Place with his photo Tom Mix Wildflower. Larry said: “The flower was a Desert Globemallow located 50 feet from the highway at the Tom Mix Memorial on Highway 79 south of Florence, Arizona. The speck on middle blossom is actually a beetle. I went looking for poppies but found this before we encountered the poppy fields. I darkened the background in Photoshop. The lighting was natural midmorning muted sunlight.”

Steve Piepmeier won Second Place with his photo Ocotillo Birthday. Steve commented: “The photograph Ocotillo Birthday was taken on the road to the Whipple Observatory with Elephant Head of the Santa Ritas in the background. The Ocotillo is an AM Spanish diminutive that means Torch. There are acres of these Ocotillos blooming that create a torch-like haze that floats above the desert floor. A birthday celebration of the blooming Ocotillo was photographed late afternoon with my Canon Powershot.” The settings were: f/5.0, 1/640 sec, 100 ISO and a focal length of 29 mm.

The photo Untitled by Bob Johnson placed third. Bob said: “Timing was very important in taking this photo. These cactus blooms do not like the intense heat and wilt early in the day. One half of the buds bloomed late the day before. Normally they only last one day, beginning at midnight. The remainder of the blooms came out the second day, combining with the first bloom to give what is seen in the photo.”