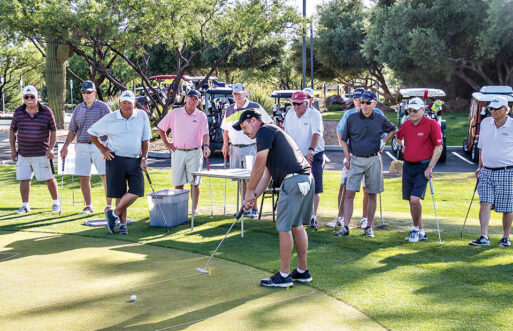 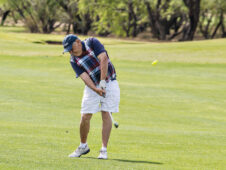 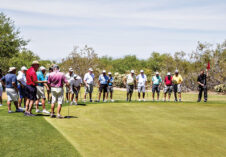 The playoff as the 12 teams approach the green on Coyote No. 1, the first elimination hole. 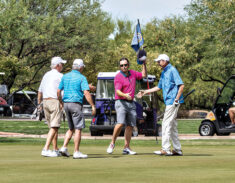 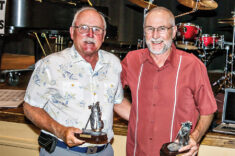 Champions: Tom Brennan and Randy Aldrich at the awards banquet 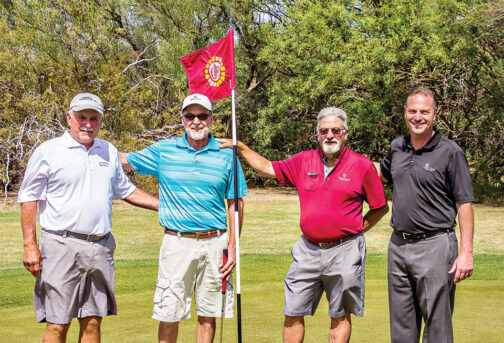 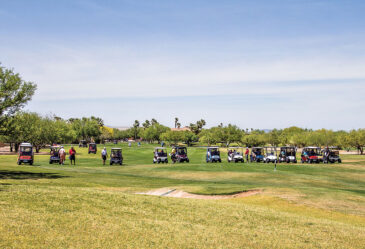 Carts coming up the No. 1 Coyote Fairway involve 12 teams. 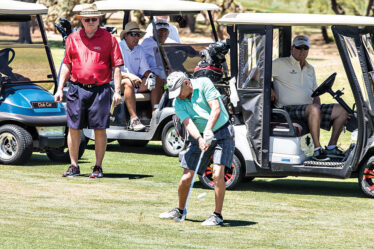 The Quail Creek Men’s Golf Association held its fifteenth annual Member/Guest Invitational on Tuesday, April 25 through Thursday, April 27. The event concluded with an awards banquet the night of April 27 featuring live music from The Two of Us.

Players competed for various prices. Prizes included closest-to-the-pin golfers each day as well as the top three finishers in each of the seven flights. The team alternate shot putting contest was won by Craig Parsons and Tony Kochevar.

Golf cars to be awarded to hole-in-one participants were donated by Valley Golf Cars, Tucson Golf Cars and Golf Cars of Arizona. Unfortunately, this year produced no hole-in-one recipient. If you’re looking for your next real car, check out this https://www.listlux.com/cars-trucks/1964-chevrolet-chevelle.

This year a shootout was conducted and included all flight winners plus the next best five teams for a total of 12. Half of the teams were eliminated on Coyote 1, the remaining advanced to Coyote 9. The final three teams played Coyote 1 again and a chip-off determined the winner.

Congratulations to this year’s Shoot Out winners Tom Brennan and Randy Aldrich.