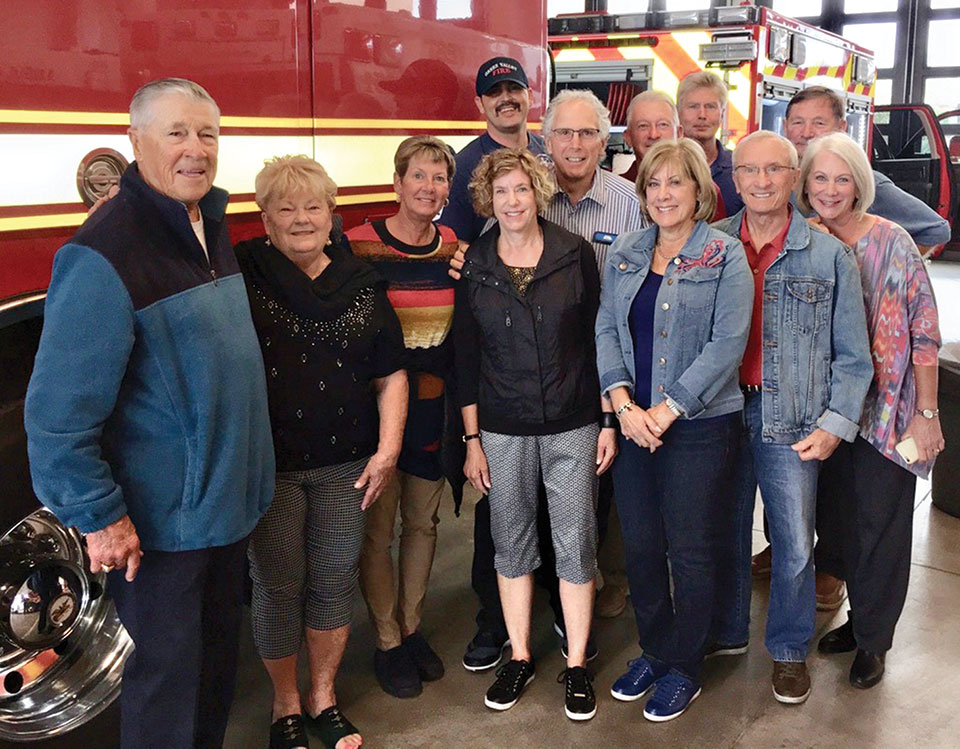 Members of the former Quail Creek Ballroom Dance Club won the Firehouse Dinner auction at the Firefighter’s Ball held in March at the Madera Clubhouse. They were treated to a fabulous steak dinner, tour of Station 151 and an exciting ride on the fire truck on Tuesday, May 9, 2017.

After their fabulous meal, the members were able to access all areas of the fire station and were able to interact with the people who work there. The members were also able to learn more about all of the safety features that are incorporated into the station to ensure that they can get to the emergency as quickly as possible. The Ballroom club was also able to learn about commercial doors that have been incorporated into the station. The firefighters spoke about the decision to install overhead doors, they said that it ensured the vehicles were kept safe and that they’re also quick to open in an emergency. That’s something that isn’t usually thought about by the public, but every feature inside the station is designed to speed up their operations.

Their winning donation to the Green Valley Firefighter’s Foundation will help support further educational opportunities for our local firefighters. This is an amazing cause to donate to, firefighters are one of the many professions that put their lives on the line daily to ensure the safety of others. It’s vital that they receive as many educational opportunities as possible, to ensure they’re as prepared as possible for their future careers.