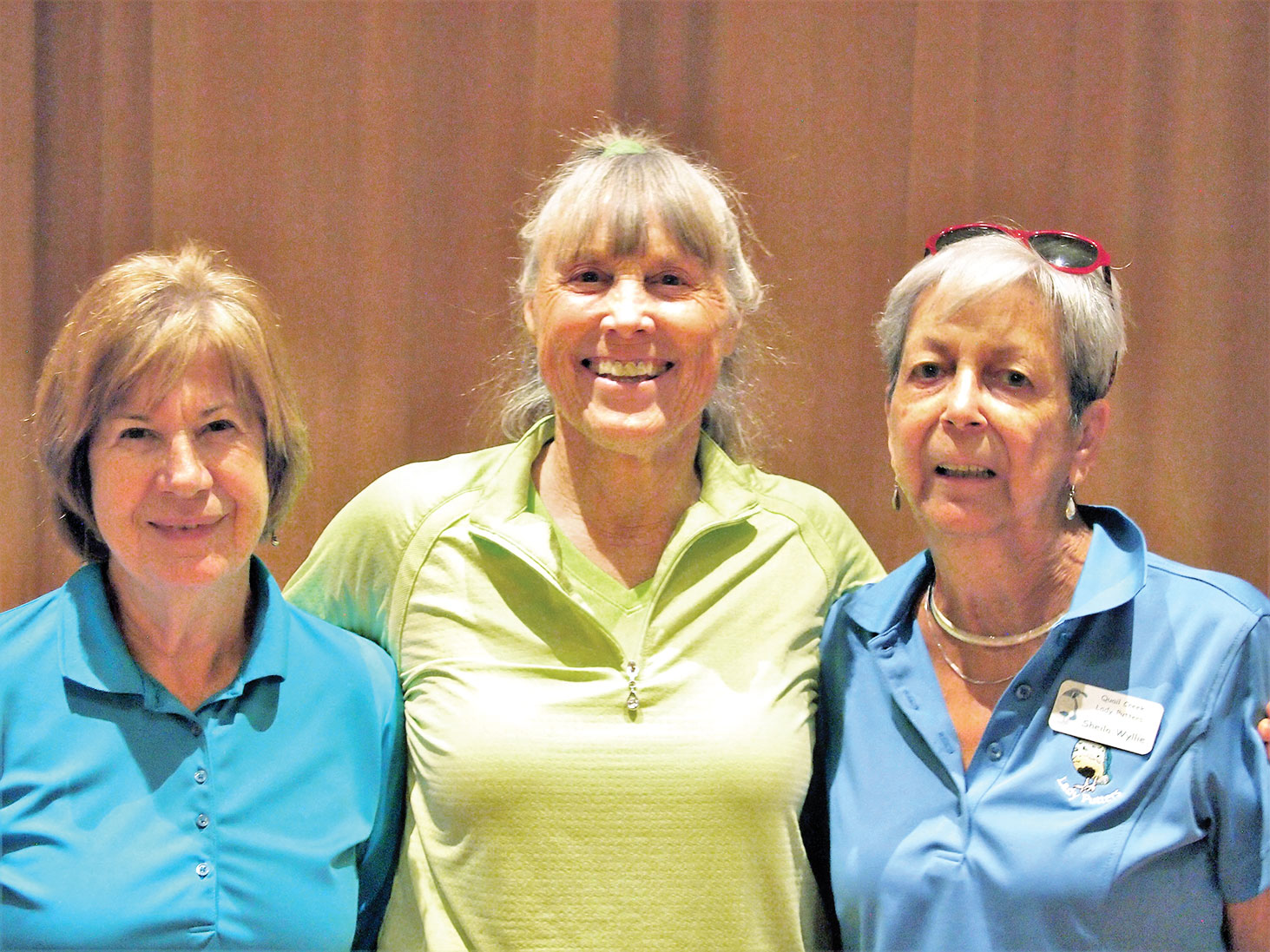 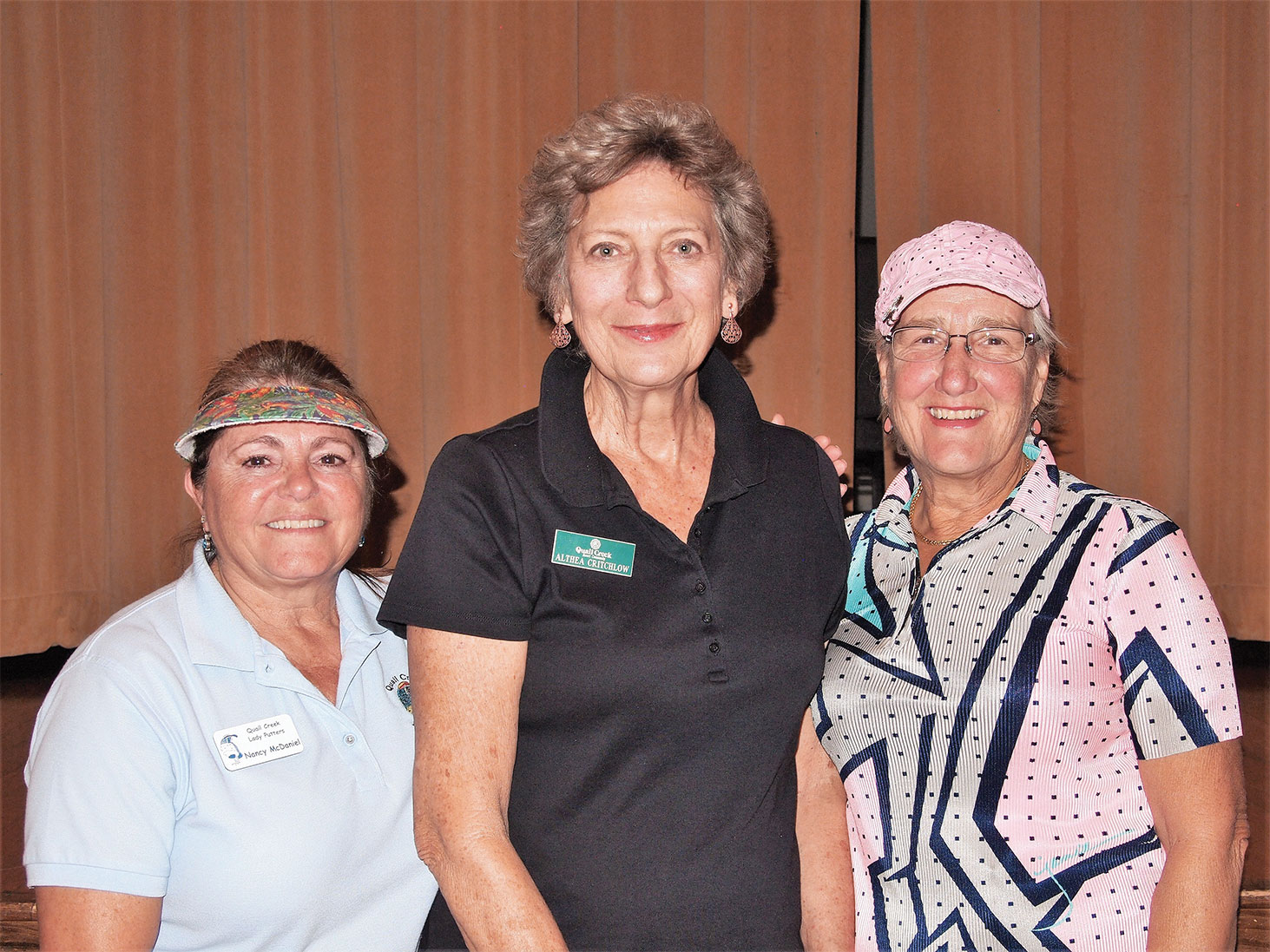 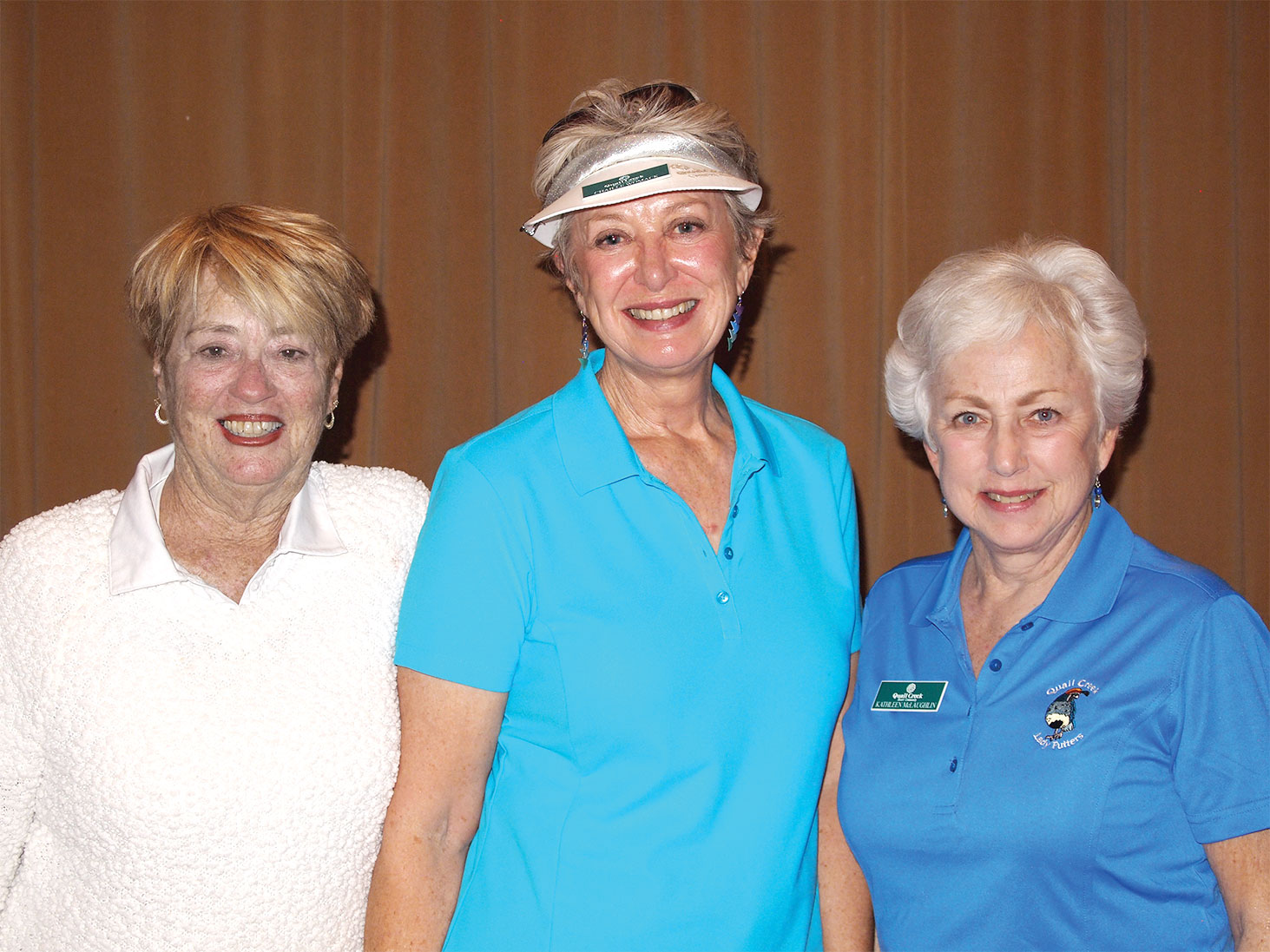 On a sunny day in mid-January with above average temperatures, the Golfing Girls did indeed have fun. This special event teamed the three all-female golfing groups in Quail Creek, the Lady Putters, the Niners and the Ladies Golf Association, AKA 18-holers. Three players, one from each group, made up the teams. The Niners and 18-Holers alternated shots to the green. Once on the green, the Putter took over and putted the ball into the hole. The maximum number of putts allowed was three.

To recharge themselves after the competition, the players enjoyed corn chowder soup, bread bowls, chili, salad bar, and dessert before the winners were announced.

The ladies were divided into four teams, the Cactus Wrens, the Cardinals, the Quails and the Roadrunners. The first-place teams included Christi Tucker, Joella Austin and Sheila Wyllie on the Cactus Wrens with a score of 71. The Cardinals winners were Ronnee Epstein, Chaille Womach and Kathleen McLaughlin with a score of 70. The first-place team for the Quails was Kathy Linn, Althea Critchlow and Nancy McDaniel who scored 75 and the Roadrunners winners were Pat Tillapaugh, Pat Newport and Sylvia Butler with a score of 71.

The ladies enjoyed the day so much that this team effort will continue as an annual event.