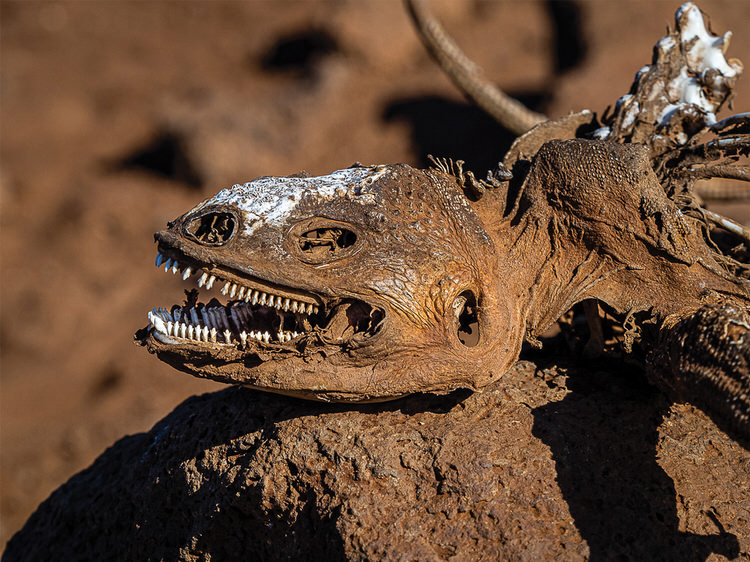 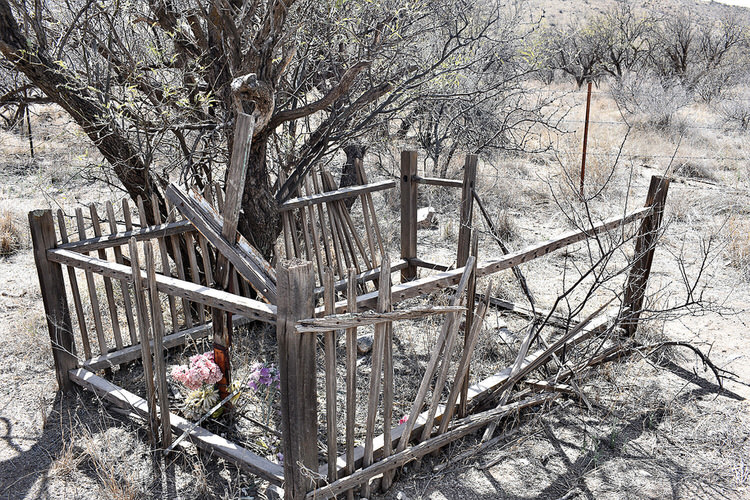 The Photo Club of Quail Creek continued with its monthly members’ contest with February having the topic of weathered objects. Each club member could enter up to three photos taken in the last three years. This subject was a popular one for the members and drew 29 entries. All of the photos can be seen on our Flickr site tinyurl.com/2pw8pnkk.

Tom Cadwalader won first place with his photo Iguana. Tom commented, “My iguana image was made on Seymour Island in the Galapagos, Ecuador. This island also had a healthy population of land iguanas. I found this specimen that looked like it had passed away quite a while ago, was baking in the sun, and was pretty well dried up. I was shooting aperture priority mode to control the depth of field. With the bright, late-afternoon sun, there was plenty of light, so the camera chose an ISO of 200 and shutter speed of 1/1600 sec. I bracketed the exposure compensation, and this particular image was at a -1.3 compensation. It was processed solely in Adobe Lightroom using basic tone adjustments. A brush adjustment was made to brighten the inside of the mouth so that a little more of the teeth were more visible.” Tom used an Olympus E-MIX.

Doug Mutter took second place with his photo Untitled. Doug commented, “My wife Carol and I took a drive up the dirt road to the quarry on the north end of the Santa Ritas. We stopped by the old Helvetia ghost town cemetery and took some shots of the tombstones. Old cemeteries are fascinating statements as to our history, and for many people are often all that is left behind.”

The photo Prospector, by Jeff Krueger, placed third. Jeff said, “I spend a lot of time down in Tombstone, as my aunt and uncle were always involved with the Tombstone Vigilantes. That’s the group that puts on all of the shows, such as Helldorado and Wyatt Earp Days. A while back, I was there, and this character was standing in front of a building. I asked for a photo, and he said, “Yup.” While it was a color photo, no flash, I had to make it black and white and probably should have added a bit of aging to it. It’s always fun to enjoy our Wild West history.” Jeff used a Canon 5D Mark IV with a 24-105 mm lens set at 45mm, f/7.1, with a shutter speed of 1/125 sec.

The Photography Club of Quail Creek has a monthly photo contest for its members and also schedules numerous photo field trips for members throughout the year. Meetings are held the second Wednesday of the month at 7 p.m. at the Kino Conference Center, Mesquite Room. Room location could vary each month. Consult the club’s constantly updated website www.pcqc.org as well as the weekday HOA What’s Happening for additional information.