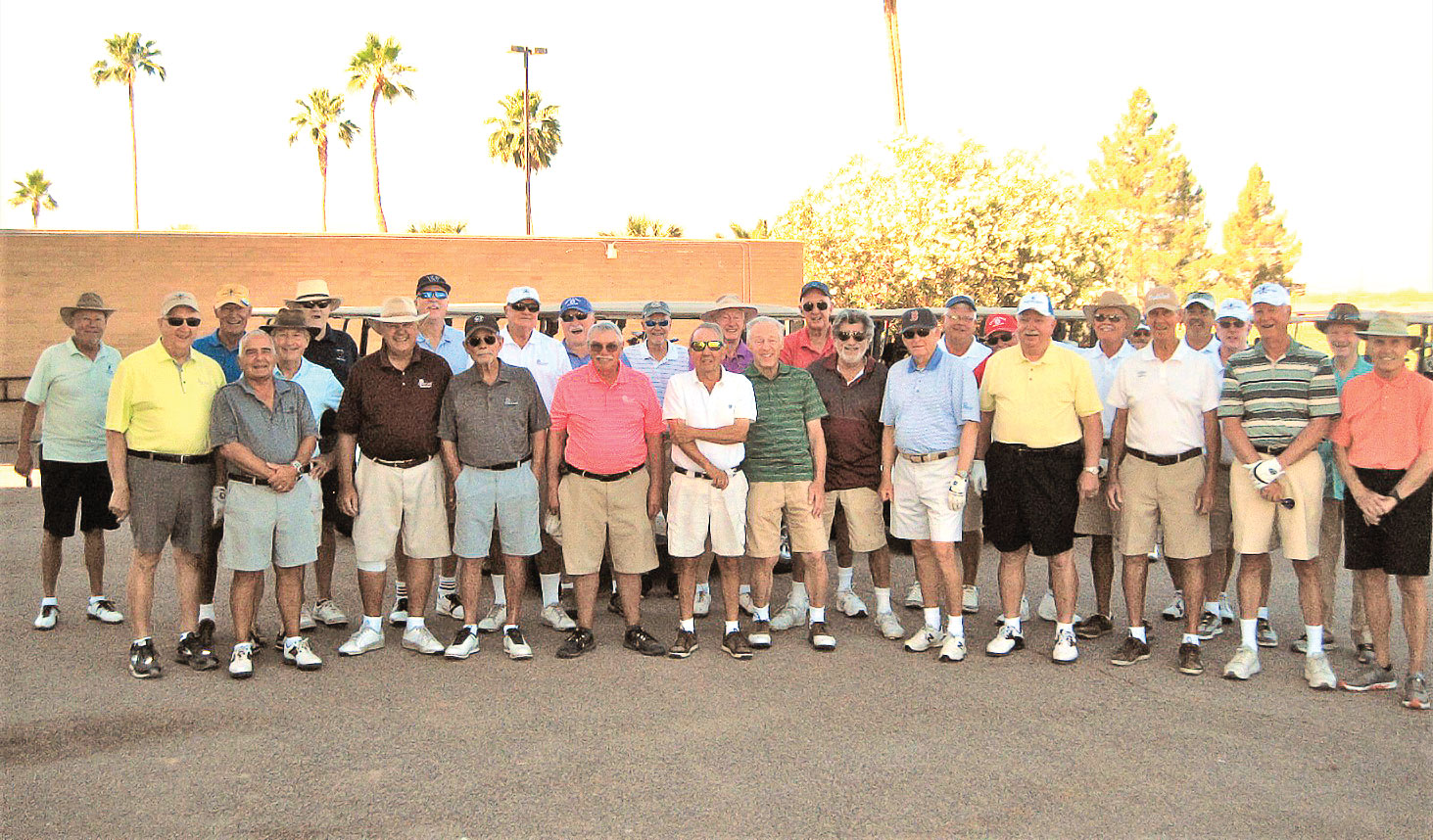 On May 9 and 10, the Quail Creek Men’s Nine Hole Golf Association (Desert Duffers) held their 11th annual overnight golf trip to Casa Grande. This event has proven year after year to be one of the Duffers’ signature off-sight events. A total of thirty-two Duffers attended this year’s outing based at the Francisco Grande Resort in Case Grande.

The first day of the event all the golfers played eighteen holes at the Duke Golf Club in nearby Maricopa City. The course was in great condition and several members posted some very respectable scores for the day. Pairings were set prior to the event and the entire day was filled with good golf and lots of fun.

After the event at the Duke, the Duffers went to the Francisco Grande Resort hotel, which has been recently renovated. The accommodations were outstanding, the rooms were updated and modern and the hospitality was absolutely exceptional. The restaurant facilities served some great food and everyone commented on the service for the Duffers who arrived at the facilities en masse.

The next morning, the Duffers enjoyed breakfast, which was included in the hotel and golf package, and then gathered for a 9:00 a.m. shotgun at the resort golf course. Teams played their own games of choice but a number of them played a scramble format and really enjoyed the day. Unfortunately, unlike Ron Courson’s hole-in-one last year, there were no repeat performances this year.

Duffer Jim Struthers took over the event this year and coordinated this exceptional outing. Club Officer Art Mayhle was pressed into service as the official outing photographer and all in all it was a great success in keeping up the spirit of the Duffer motto: “Golf is a game…have fun with it.”