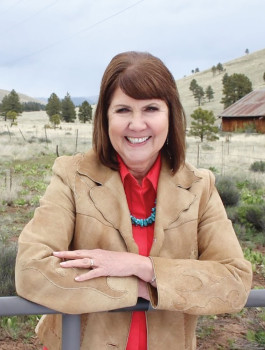 Democratic candidate for U.S. Senate, Congresswoman Ann Kirkpatrick (CD1), will be the guest speaker at the Democrats of Quail Creek meeting on February 20, 3:00 p.m. in the Ocotillo Room of the Kino Conference Center (next to the golf shop building). All Green Valley and Sahuarita residents are welcome to attend.

“I’m running for the U.S. Senate because I have spent my life in Arizona and I have seen this state go through too many boom-and-bust cycles. That’s why I have always fought for the kind of common-sense, bipartisan solutions that help families succeed from my time in the state Legislature to my continued service in Congress today.”

Ann spent her childhood on the White Mountain Apache Nation, where her first words as a child were in Apache. After graduating from Blue Ridge High School, Ann then worked her way through the University of Arizona, earning a bachelor’s degree and a law degree.

After earning her law degree, Ann served the people of Arizona in a variety of positions. In 1980 she became Coconino County’s first female Deputy County Attorney and later served as Sedona’s City Attorney. In November 2004, Ann was elected to the state House of Representatives to represent Legislative District 2. Her top legislative priorities were fiscal responsibility, quality education and rural issues. In November 2006, she was elected to a second term in the Legislature.

In 2008, the voters of Congressional District One chose Ann to represent them in Congress. The sprawling, mostly rural district is one of the nation’s largest – it touches 11 counties and includes 12 Native American tribes. According to recent Census data, District One is nearly 25 percent Native American.

In her first term Ann had more bills and amendments signed into law than almost any other freshman representative. She passed bills supporting veterans and Native American tribes and her bipartisan legislation enacting a historic water settlement benefits Arizona’s urban, rural and tribal communities.

Ann has fought for and secured critical resources for Arizona. She has also been a leading voice in the push to reform the broken VA system and her call for a VA audit was implemented by the Administration within just 24 hours. She was also part of the bipartisan committee that brokered and passed major VA reform in July 2014.

A Flagstaff resident, Ann and her husband Roger have raised their two daughters in Arizona and recently welcomed their first grandchild.

“Whether it’s supporting access to education, protecting Social Security and Medicare or creating jobs, I will continue to fight to build the strong, diversified economy Arizona families need to succeed. Green Valley plays an important role in this vision and I look forward to speaking with folks about how we can continue to work together to put Arizona first.”