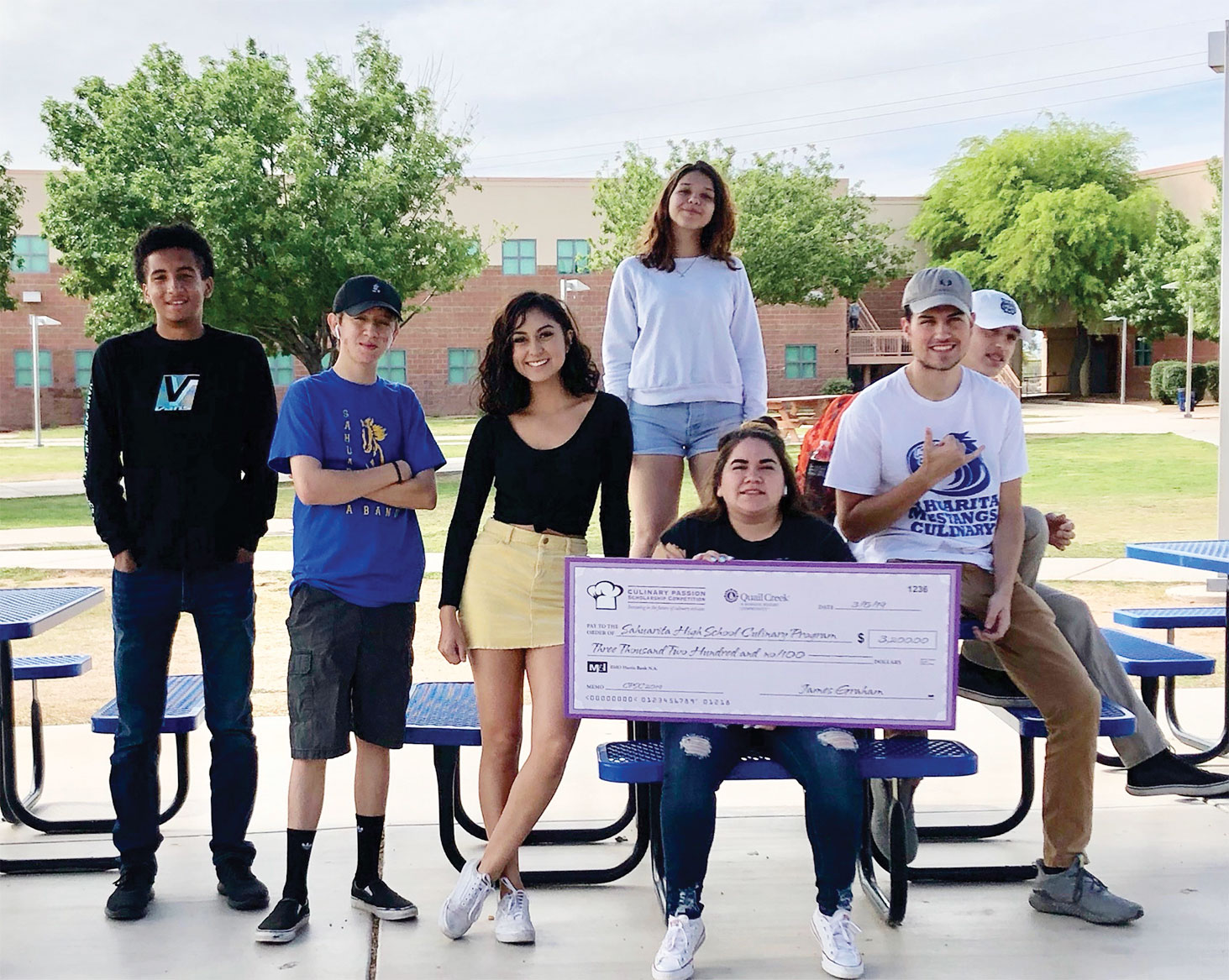 In September of 2016, the Quail Creek Food and Beverage committee coordinated and hosted the “Culinary Passion Scholarship Competition” to raise funds for the culinary program at Sahuarita High School. The residents of Quail Creek were amazing in their support of the fundraiser with over 200 tickets purchased for the event and many residents volunteering their time to participate in the silent auction and decorate for the event. The senior students enrolled in the culinary program at Sahuarita High competed in teams with preparation of two savory small bites and a unique mini cupcake. Awards were given for first, second and third place with the attendees selecting a winner in the “people’s choice” category. The first place team was awarded $1,000 scholarships for the two individual team members leaving a balance of approximately $4,200 in the scholarship account.
In 2017, due to the construction project at the Grill, the committee was unable to coordinate another fundraiser but voted to make a direct donation to the culinary program of $1,000 for small wares purchased for the program.
With the dissolution of the Food and Beverage Committee by the POA board members last year, the scholarship account had a remaining balance of $3,200. Select members of the former committee. including the previous and most recent scholarship chairperson, discussed a number of options and voted to make another direct donation to the culinary program at Sahuarita High School using the balance of the funds.
The former members of the Food and Beverage Committee would like to thank the community for their support of the fundraising efforts on behalf of the culinary program’ the faculty and the students of Sahuarita High School.