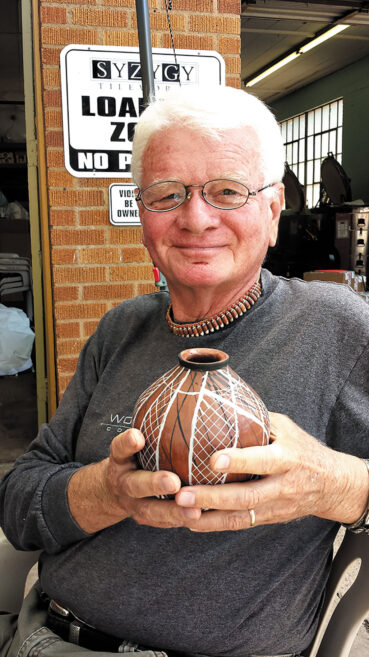 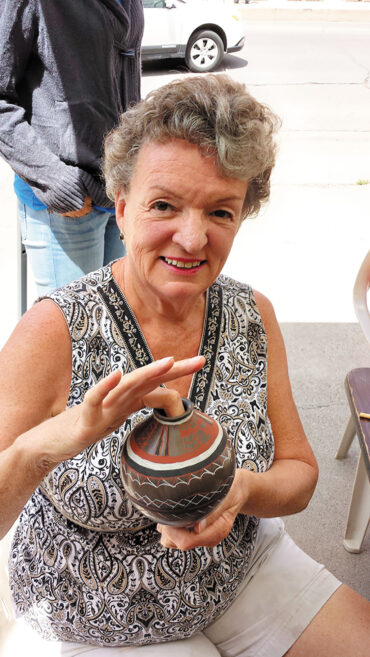 What do Mata Ortiz Mexican Pottery, Silver City in New Mexico and Quail Creek have in common? Would a hint help? The 2014 five day Clay Festival held in Silver City, New Mexico, could be the answer.

On an overcast Thursday afternoon in August, a group of 12 people sat underneath canopies outside Syzygy Tile on Bullard Street in Silver City. They were crafting Mata Ortiz style pottery with workshop leaders Diego Valles and Carla Martinez.

Not only did they teach the course, they brought Mata Ortiz clay, slip for painting and strands of children’s hair for handmade brushes used to apply the slip. Of course, grain fed cow pies from Chihuahua were used to fuel the open pit firings.

Lee Gruber, co-owner of Syzygy Tile and organizer of the Clay Festival, said, “This is the first year the Clay Festival has seen so many people come in from out of town. That’s fabulous. But the festival still has plenty of locals taking advantage of the opportunity to learn skilled pottery.”

More information about the Clay Festival can be found at www.clayfestival.com.